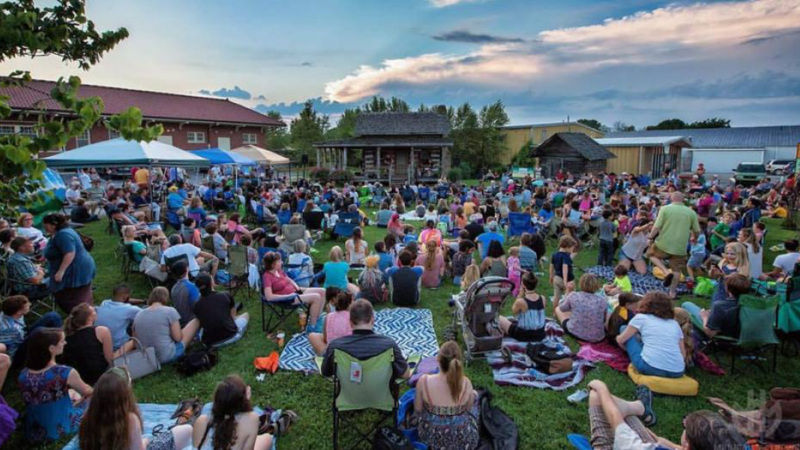 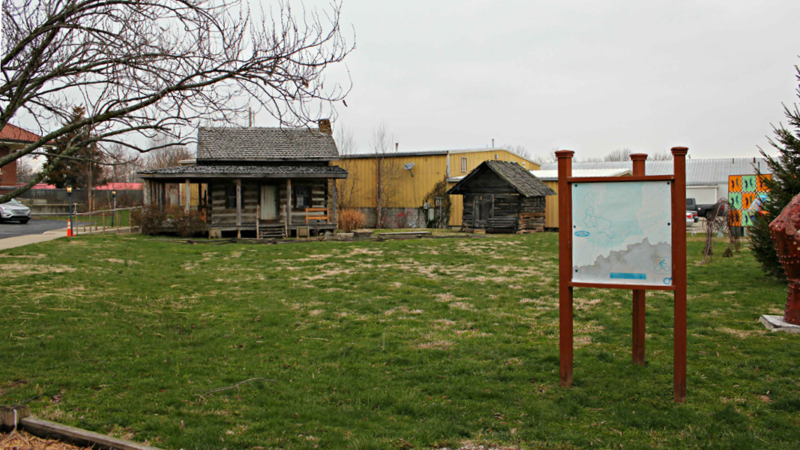 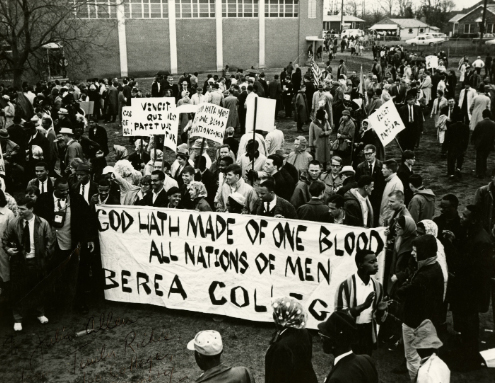 Blair first crossed paths with The Possum Queens fiddler Anna Harrod at a local backyard bonfire, surrounded by the joyous live folk and bluegrass music of Berea College professors and student musicians. The trailblazing Berea College has shaped the surrounding community since it was founded in 1855 by minister and abolitionist John G. Fee, as the first interracial and coeducational college in the South. Fee and his colleagues put their lives on the line to remove barriers to higher education. Since 1892, the boldly inclusive institution has also provided a high-quality education to its students—many of whom are from underserved areas of Southern Appalachia—completely free of charge. Driven by the homegrown talent of students and their families, the school has developed a phenomenal artisan craft program, laying the groundwork for Berea’s wide-reaching reputation as the ‘Folk Arts and Crafts Capital of Kentucky.’ Every year, lifelong learners flock to Berea from far and wide for the city’s summer ‘Festival of Learnshops’ and winter ‘Make it, take it, give it!”—both rooted in artisan craft workshops.

Only 45 minutes south of Lexington, Ky., the town of Berea, Ky., is a quickly growing community of nearly 16,000 people that has held onto its ‘small town feel.’ Boasting a renowned higher learning institution, a vibrant artisan craft scene, a growing commitment to sustainable living and a legacy of social justice, Berea attracts more new residents each year—growing by nearly 12% since 2010 and making it one of the fastest growing towns in the state.

Building an inclusive space
Inspired by the utopian ideals that shaped Berea College, in 2014 the nonprofit Berea Arts Council began teaming up with local events producer Ali Blair to bring affordable arts experiences to the Berea community. “We wanted to celebrate those ideals that the city and the college was founded on,” explains Blair, “and stand up for those ideals now, in a time…that a lot of people would like to see them stamped out.” Since Berea Arts Council’s founding in 1986, the nonprofit has worked to create year-round, accessible experiences for people to come together and celebrate the city’s rich diversity through the arts, with programming like the free, family-friendly First Friday Berea monthly block party, which began in 2014 and celebrated Berea’s heritage of Appalachian activism, community and culture through diverse musical programming and vendor booths featuring local foods, crafts and services. In looking to replace lost funds for the series, the team came across the Levitt AMP grant opportunity in 2016 and thought it would be a natural fit. They appreciated Levitt’s commitment to showcasing artists of all backgrounds and genres and introducing listeners to other cultures in the process, and recognized that a Levitt AMP grant would allow them to elevate their series and tap into a national network of knowledge and resources.

What’s more, the Levitt AMP grant could help them activate an underused downtown area. In 1996, a hurricane had left a devastating path of destruction through the heart of the town, damaging around 1,000 homes and several artisan shops. When the area was rebuilt, it was built with the intention of celebrating the town’s craft heritage with a downtown “Old Town” Artisan Village, a cultural district for shopping and studio space for working artists. While First Friday Berea brought attention and activation to the Artisan Village, it had yet to realize its full potential as a thriving hub for art, food music and community. 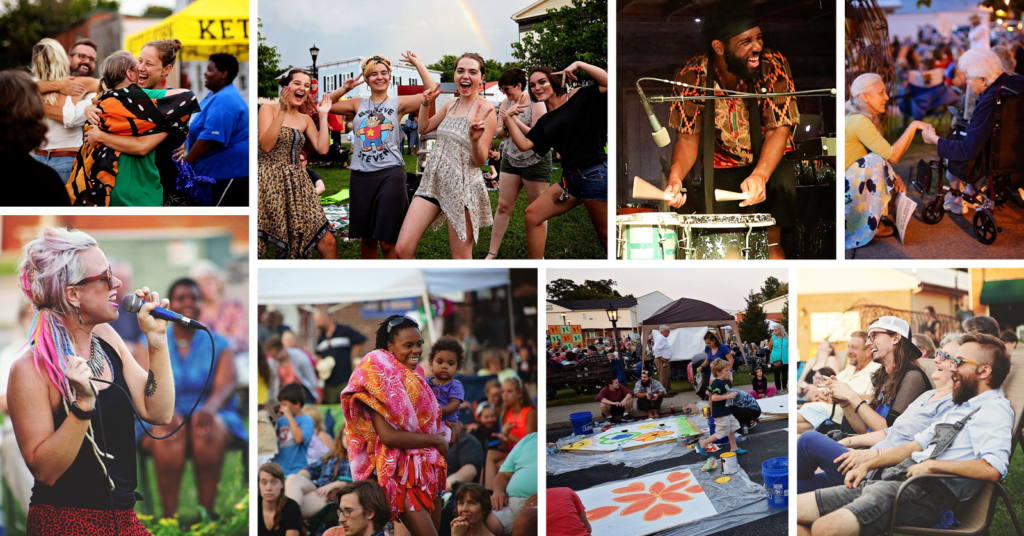 The inaugural Levitt AMP Berea Music Series in 2017 drew hundreds of concertgoers into Berea’s Artisan Village each week. And over the 10 weeks, the series piqued the interest of  entrepreneurs and restaurant owners, who expressed interested in opening businesses in “Old Town” because of the Levitt AMP series. New businesses and invaluable new site improvements (like an ADA compliant sidewalk) have continued to pop up around the concert site. Perhaps most importantly, over the years, the series has brought together concertgoers of all ages, backgrounds, abilities, incomes and education levels to create one of the city’s most inclusive spaces, where all members of the multi-faceted community are welcomed. The concerts have also helped to expand the work and impact of the Berea Arts Council as a whole. “Levitt AMP has allowed us to reach new people and serve new folks in the community,” explains Blair, “and hopefully has really increased our relevancy to the wider community.”

#BuildingBerea during a global pandemic
The Berea Arts Council is embracing this period of transition, looking at how they as an organization are serving the community and assessing how the COVID-19 pandemic has impacted the evolving needs of the people they’re serving. “We’re trying to re-envision and reimagine those offerings” says Blair. They have already shifted their community art gallery to a virtual gallery—where they will feature their upcoming ‘Young at Art’ and ‘Teen Art’ shows—and have converted their street-side windows into a mini-gallery. Exciting new works—like those created as part of Julie Struck’s youth empowerment and mental health awareness project Hold Up Hold On! will be installed to continue uplifting passersby during this time of transition.

In the spirit of building a new future together, Blair will be pursuing a crowd-sourced initiative thanks to support from a Levitt AMP Bridge Grant, inspired by ideas from the community. One of Blair’s most commonly used hashtags is #BuildingBerea and she plans to call upon community members to do just that. Residents will be invited to submit innovative and interesting project ideas that strengthen, uplift, connect and inspire friends, families and neighbors during this challenging time. Blair is particularly interested in engaging local youth. “There are a lot of things that they’re missing out on right now,” she says. Reflecting on her own graduating eighth grader’s missed graduation celebration, she hopes to “give them something to be excited about,” by empowering youth to envision and help create meaningful community-building experiences for Berea. 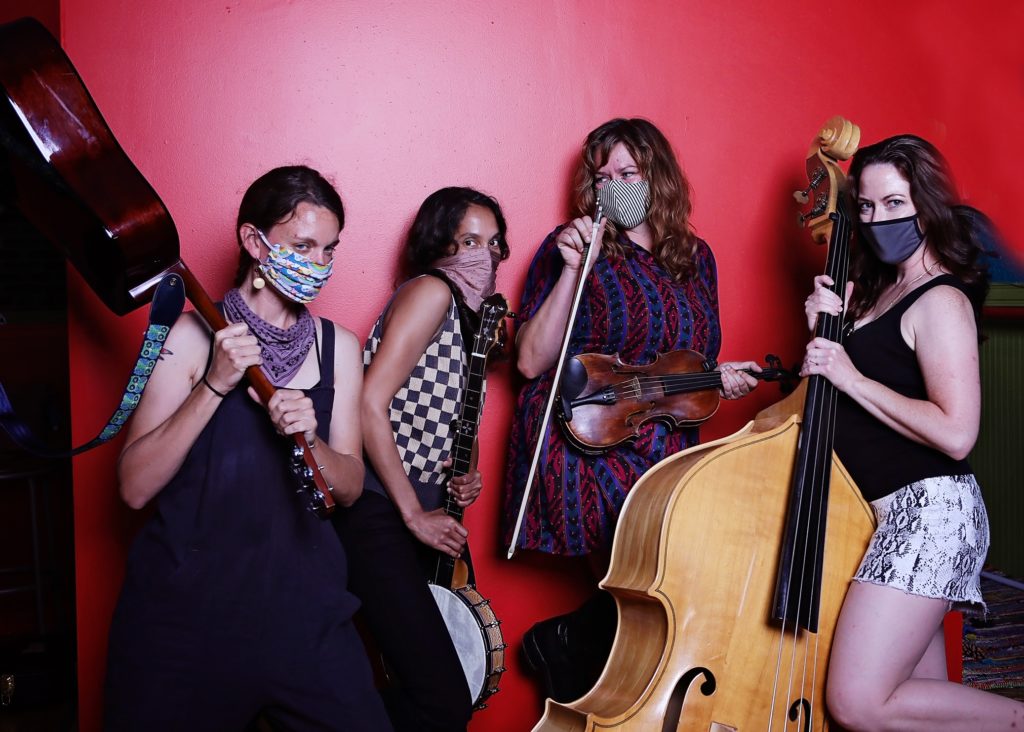 While the way in which we gather has shifted, organizations like the Berea Arts Council are still hard at work to create inclusive and inspiring spaces to celebrate the beauty and strength of human expression. Tonight is no exception. Join us at 8pm ET/5pm PT for a taste of authentic, homegrown Central Kentucky folk and bluegrass and Appalachian artistry straight out of Berea, Ky. Tune in at levittamp.org/virtual!