Bethlehem, Pa., residents Jim and Pat Yost have witnessed significant changes in their community during the past 35 years, including the transformation of the Bethlehem Steel brownfield into Levitt Pavilion SteelStacks. Since opening in 2011, Levitt Pavilion SteelStacks has turned Bethlehem into a music-filled destination for all to enjoy. The venue’s impact is in part possible because of Levitt volunteers like Jim and Pat who give back to their community by making every free Levitt concert experience a positive one. “Our job here is to make sure the people who come here have the best time they’ve ever had,” says Pat in our Faces of Levitt video. END_OF_DOCUMENT_TOKEN_TO_BE_REPLACED

Last week we had the pleasure of hosting the 2017 Levitt AMP grantees here in our Echo Park office—what an inspiring group of individuals!

These local arts champions hail from 15 small- to mid-sized towns and cities all across the country. After experiencing their passion, enthusiasm and dedication to building community through music at this year’s Levitt AMP convening, we couldn’t be more excited to see the 2017 Levitt AMP Music Series come to life!

Hold onto your hats, folks! We’re in store for a fantastic 2017 concert season (and it’s only a few months away!)

Were you one of the nearly 24 million viewers who tuned into the 59th Annual GRAMMY Awards Ceremony yesterday? We were definitely watching and cheering on the 25 Levitt artists nominated for the prestigious award! END_OF_DOCUMENT_TOKEN_TO_BE_REPLACED

Here at Levitt, we’re reminded year after year that free, high-quality arts programming gives communities so much more than free entertainment. It empowers people of all backgrounds to come together and strengthen the social and economic fabric of their communities.

The collaborative work of creative placemaking pioneers—like the visionary folks at the National Endowment for the Arts—show us all just how catalytic a role the arts can play in strengthening communities. END_OF_DOCUMENT_TOKEN_TO_BE_REPLACED 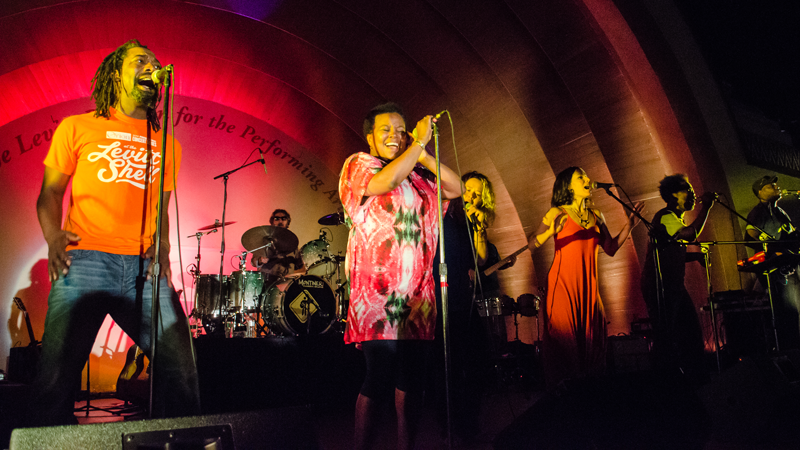 Embracing all Levitt artists and Levitteers—no matter their country of origin—is a big part of our mission to strengthen the social fabric of America, which has been immeasurably shaped by immigrants. Take a look at a few of the many artists from around the world who have graced Levitt venues! END_OF_DOCUMENT_TOKEN_TO_BE_REPLACED