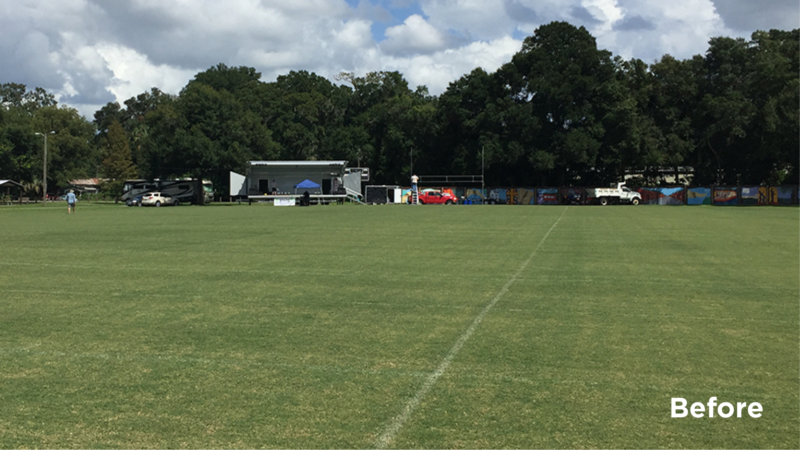 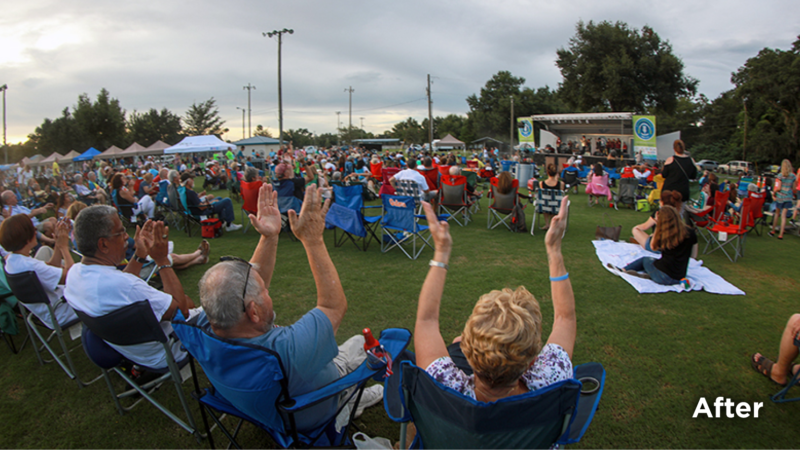 Stitching Together ‘One Ocala’ 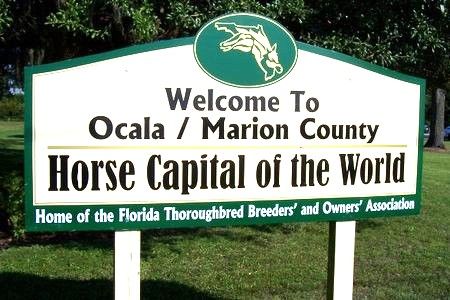 Nestled in the heart of north central Florida’s ‘horse country,’ classic Florida charm thrives in the 60,429-person city of Ocala. Home to more horses than anywhere else in the country and the U.S. Equestrian Team’s official training site, many consider the Ocala/Marion County area to be the “Horse Capital of the World.” Located about 80 miles northwest of Orlando, Ocala is surrounded by freshwater streams and rolling hills, and just minutes away from ‘Florida’s Original Attraction,’ the scenic Silver Springs State Park—which boasts crystal clear 72-degree springs year-round.

Today, community leaders are working together to create ‘One Ocala’ after decades of disinvestment in the city’s historically Black neighborhoods created a tale of two very different Ocalas. The Federal Aid Highway Act of 1956 changed the face of West Ocala, transforming this once vibrant hub of local African American commerce and community life on West Broadway into a busy throughway—destroying homes, businesses, a hospital and other landmarks in the process. For decades, US Highway 301 stood as both a physical and social division between West Ocala and the city’s downtown, deepening cultural and economic divisions, as well.

In 2016, recognizing the need to unify the community and expand access to resources like high-quality arts experiences, the nonprofit Marion Cultural Alliance and the City of Ocala joined forces to apply for a Levitt AMP grant, hoping to breathe new life into West Ocala’s historic yet underused Webb Field at the Martin Luther Jr. Recreational Complex while reigniting local pride. Located in the heart of West Ocala and accessible to residents by foot, bike, car and public transit, this rarely activated green space was ready to realize its potential. Upon winning the Levitt AMP grant, series organizers began collaborating with nonprofits across neighborhoods to ensure Ocala residents from all corners of the city and all walks of life felt welcome to come out and enjoy the free Levitt concerts at Webb Field.

A catalytic “glitter bomb”
Since first presenting the Levitt AMP Ocala Music Series in 2017, Webb Field has become a  treasured community asset—reflecting the critical role free, accessible arts events play in building a shared community identity and sense of place. That first summer, the Levitt AMP Music Series drew hundreds of residents to Webb Field from all different neighborhoods each week, helping to bridge the gap between West Ocala and the rest of the city.

The Levitt AMP Ocala Music Series continues to be a catalyst for projects across West Ocala. From park infrastructure improvements like lighting/electrical to the restoration of the onsite Ocala Black History Mural, the Levitt AMP Ocala Music Series has sparked renewed interest and investment in the neighborhood gem. Just last month, Pigman’s Music and Art installed a functional sound sculpture on the stage of the E.D. Croskey Recreation Center—the rain location for the Levitt AMP series—which will improve the sound quality of future public events. Public art has flourished across the Martin Luther Jr. Recreational Complex. Visitors can now make music on interactive sculptures in the Free Notes Harmony Park, enjoy the onsite “Under the Sea” sculpture or explore the history and contributions of local African Americans in the newly restored Ocala Black History Mural. This important piece of visual history will soon be accompanied by an educational guide for teachers and students, funded in part by a Levitt AMP Bridge Grant. 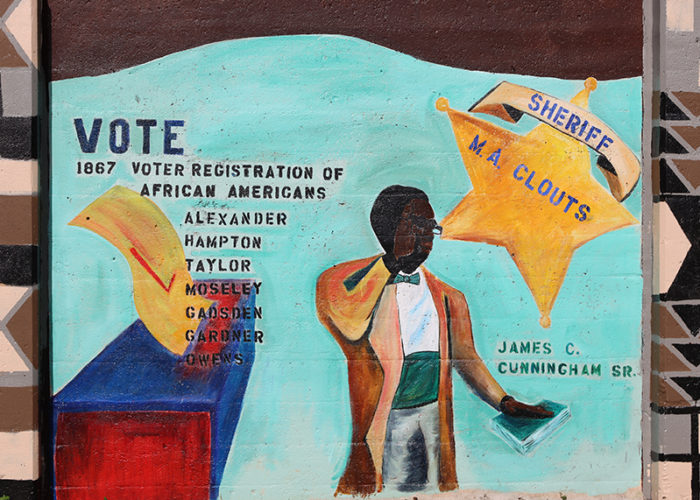 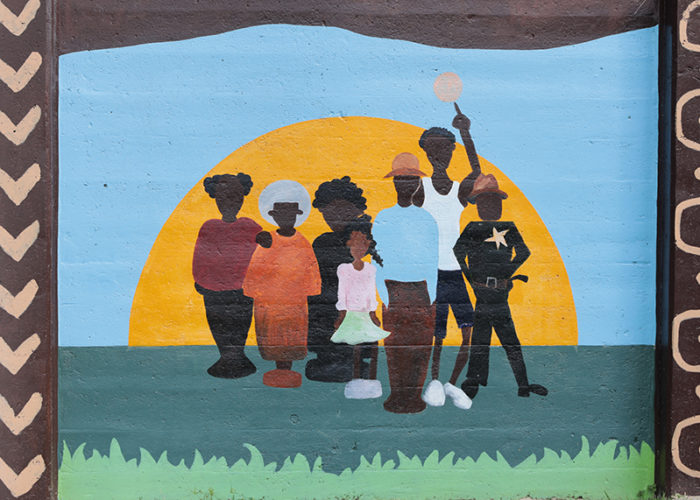 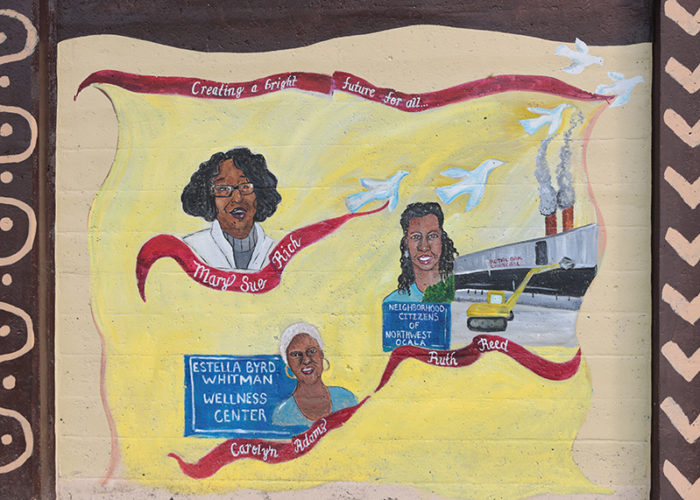 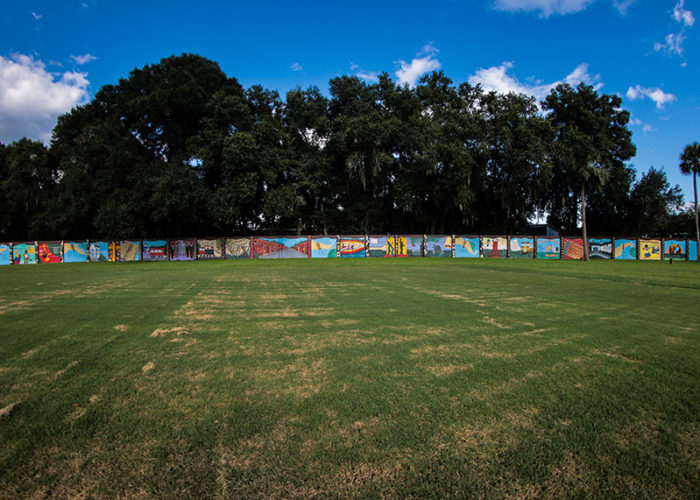 And renewed attention to West Ocala is sparking changes far beyond the park itself. “I call Levitt AMP the glitter bomb,” laughs Jennifer Normoyle, the grants and outreach Manager for the City of Ocala Recreation & Parks: Cultural Arts, “because it dropped, and the glitter just spread, and the wind keeps blowing it…more projects keep popping up! It’s like an inspiration generator.” During a 2019 site visit, John Zobler, the former City of Ocala manager explained how the Levitt AMP series helped build the political will to support a $10.2 million, 42,000 square-foot community center in West Ocala. Located within two miles of Webb Field, the new center will offer programming and services for all generations when it opens in 2021. And less than a quarter of a mile from Webb Field, a new $6.7M Martin Luther King Jr. First Responder Campus (which will house police and fire departments, as well as recreation opportunities for residents in West Ocala neighborhoods), is being built. And next month, the City’s Cultural Arts and Sciences Division will bring a local artist to the First Responder Campus to create a basketball court mural. “These services are desperately needed. Levitt AMP had a part in making that happen, raising that awareness, raising the profile of the need for those types of services,” Zobler explained.

Beyond Levitt AMP serving as a catalyst for overdue investment and development in West Ocala, it has also served as a connecter for people and organizations across the city. Levitt AMP Ocala audiences reflect the city’s rich diversity. And in addition to enjoying an eclectic array of acclaimed talent, all those in attendance get to engage with local nonprofits in new and meaningful ways—particularly with the 10 selected ‘Spotlight Nonprofits’ that lead interactive cultural “intermission” performances at each concert.

Building community through COVID-19’s new normal
The Levitt AMP Ocala Music Series helped open communication among organizations across the city, cultivating innovative programming and partnerships in the process. Staying connected beyond the series has been vital in developing the future of the arts in Ocala, including the development of the Ocala Cultural Arts Plan in 2020. The series has not only illustrated the importance of distributing arts opportunities across all of Ocala, it helped identify Webb Field at the Martin Luther King Jr. Recreation Complex as a vital West Ocala Cultural Arts Hub.

Artist Ernesto Maranje installing a living art mural on the side of the Brick City Center for the Arts, home of the MCA; Photo by Meagan Gumpert Photography

As soon as the COVID-19 pandemic began impacting community life in Ocala, the local creative sector sprang into action to bring residents comfort and connection. Ocala Main Street partnered with local artists to fill the city’s downtown with colorful sidewalk chalk art and artists joined together to honor medical professionals at the local hospital with messages of encouragement and gratitude. The MCA quickly pivoted to direct support where it was needed most, creating the MCA Emergency Artist Fund in partnership with the City to provide immediate relief for artists who’d lost their income due to COVID-19. They also started a Curbside Gallery, featuring works by local artists in the front windows of the MCA building; launched a virtual art gallery and store, so people could continue to engage with local artists from home—including those featured in the new exhibit “The New Normal”; and launched a free Stella Artois / TriEagle Sales Home Session painting class. Among the City’s many projects, they’re working with the MCA to bring a living mural to life on the side of the Brick City Center for the Arts, home of the Marion Cultural Alliance and a significant landmark in downtown Ocala’s core. Blending together street art and horticulture, artist Ernesto Maranje, fabricator Mike Zeak, and horticulturalist Suzanne Shuffitt are lifting residents’ spirits with local flora and fauna in this whimsical, one-of-a-kind piece.

Treat yourself to a soulful musical fusion tonight!

In March, the City and the MCA collaborated with three-year ‘Spotlight Nonprofit’ the Reilly Arts Center, to launch the Reilly Digital Series. Created at the start of the pandemic, the series aimed to connect people to the arts in a time of physical distancing, while supporting musicians, lighting and sound technicians, local businesses in Ocala’s downtown core and the Reilly Arts Center.

Tune in tonight at 8pm ET/5pm PT to experience the soaring pipes of Florida-based singer/songwriter Julie Black, recorded as part of the Reilly Digital Series in late May. While firmly rooted in blues, Black delivers heartfelt musical fusions that weave in jazz, soul, swing, and rock elements. Tonight’s virtual show is a reminder that Ocala—and Levitt AMP communities across the nation—will be back! “We’re fighting,” said Normoyle, “Ocala is still here. We need you to believe and support your town!” A huge thank you to the MCA, the City of Ocala and all the dedicated cultural nonprofits who are hard at work finding innovative ways to continue supporting artists, audiences and one another. Be sure to experience Julie Black tonight at levittamp.org/virtual!