While the band stays true to old-school Americana and bluegrass with their instantly familiar melodies and lyricism, Whiskey Shivers’ sound would be incomplete without their signature infusion of punk rock’s breakneck speeds and no-holds-barred attitude. The band dubs this unusual but infectious marriage of styles as “trashgrass” – an ode to their effortlessly life-affirming and freewheeling music, which often requires minimal production (and minimal footwear). Rolling Stone picked them as one of Americana Music Fest 2014’s must-see acts, impressed by their “mischievous cleaver, mixing in shadows of Delta swamps and New Orleans basements” and “emotive experimentation.” Songs like “Like A Stone” (from their recently released album, Some Part of Something) and “Rocky Top” (a country standard written in 1967) exude a confident immediacy that no one can resist dancing to. As Fitzgerald mentions on the band’s website, “Whiskey Shivers isn’t just the five of us on stage, it’s everybody in the room.”

The Washington Post praised Whiskey Shivers’ live act not only for its awe-inspiring theatricality, but also their distinctiveness compared to other bluegrass acts out of Austin. For one, they’re one of the only multi-racial acts in the more traditional music scene, bringing echoes of blues, Tex-Mex and other genres to their multi-faceted sonic palette. They also boast remarkable restraint through some of their songs – understated, world-weary tunes like “Long Low Down” shine with autumnal glow. Even though they bring the party to every one of their raucous performances, their poignant moments are equally spellbinding. In an interview with No Depression, Fitzgerald captures the band’s ethos: “Everybody’s fighting the hardest fight of their life every day and all our music is trying to do is be honest and talk about it.”

With four albums under their belt, critical acclaim from far and wide and a flurry of tour dates, it’s clear the band is only climbing upwards from here on out. Their latest and somewhat unexpected development is an upcoming role in the feature film Pitch Perfect 3, as a folk band covering hit songs like Avicii’s “Wake Me Up” and The Cranberries’ “Zombie”! This kind of exposure will surely help Whiskey Shivers to continue showcasing their fiery, unique blend of punk rock and bluegrass all over the country – whether it’s in dimly-lit basements, festival stages or free, outdoor concerts. Make sure you get a taste of their spectacular musicianship tomorrow at 6PM at the Levitt AMP Pop-up Park, Middlesboro! 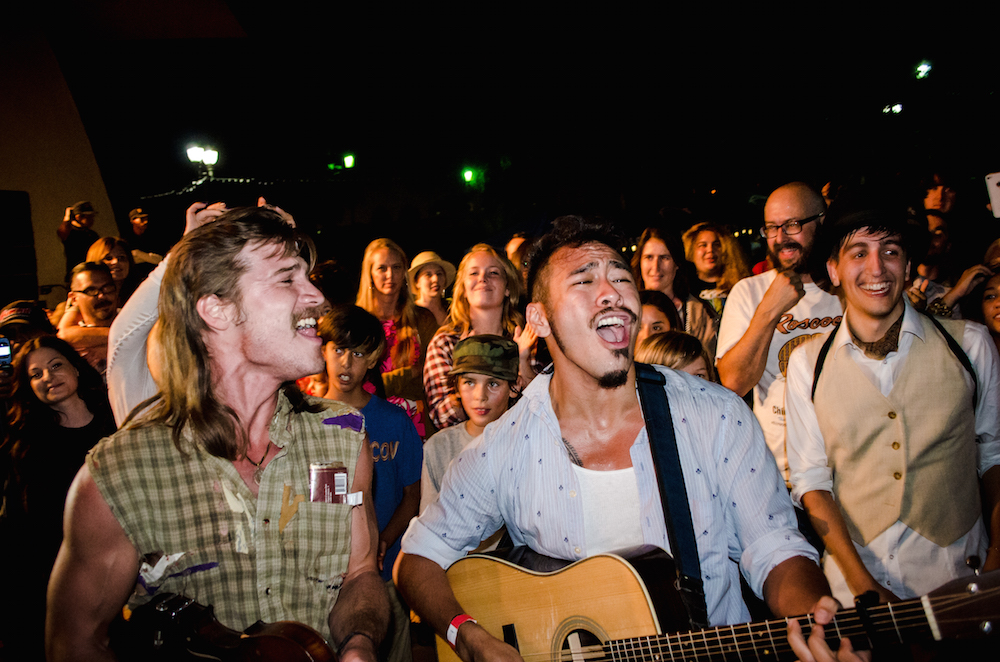