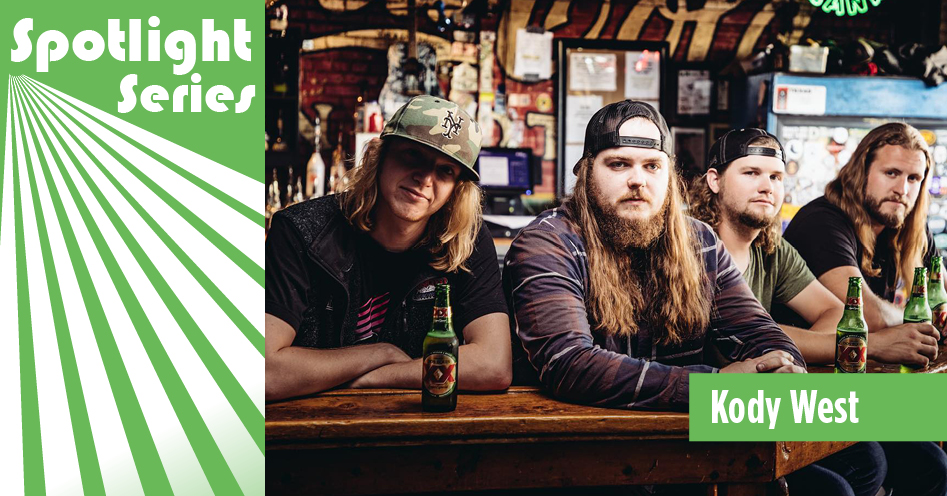 Tonight, homegrown rising star Kody West is bringing his fresh blend of Texas country, bluegrass and ‘good-for-the-soul’ grooves to Levitt Pavilion Arlington. As the name of West’s 2017 debut album Green suggests, he and his band are young, vibrant and growing quickly. With thoughtful guitar-driven songs and smoky, heartfelt vocals, this quartet of early 20-somethings is emerging as a rising star in the Texas music scene.

West was born and raised in Denton, Texas. Inspired by country legends like Johnny Cash, he began taking guitar lessons at the age of nine. In high school, he took a deeper dive into songwriting while recovering from football injuries. Hungry for experience, West began picking up acoustic gigs—like opening for Dalton Domino and the Front Porch Family Band—and participating in songwriter competitions all across the Dallas/Ft. Worth area. In 2015, Kody was brought on as Domino’s tour manager, where he coordinated shows across Texas, wrote music in his off time and frequently performed as the artist’s opening act.

In January of 2016, West attracted attention from critics and fans alike with his EP “Higher Ground.” With his newly formed band, West released his debut full-length album Green in 2017, featuring nine songs he penned. To date, West and his band boast over 400 live performances—including sold-out shows across the U.S.—songs with millions of Spotify plays and a rapidly growing fan base.