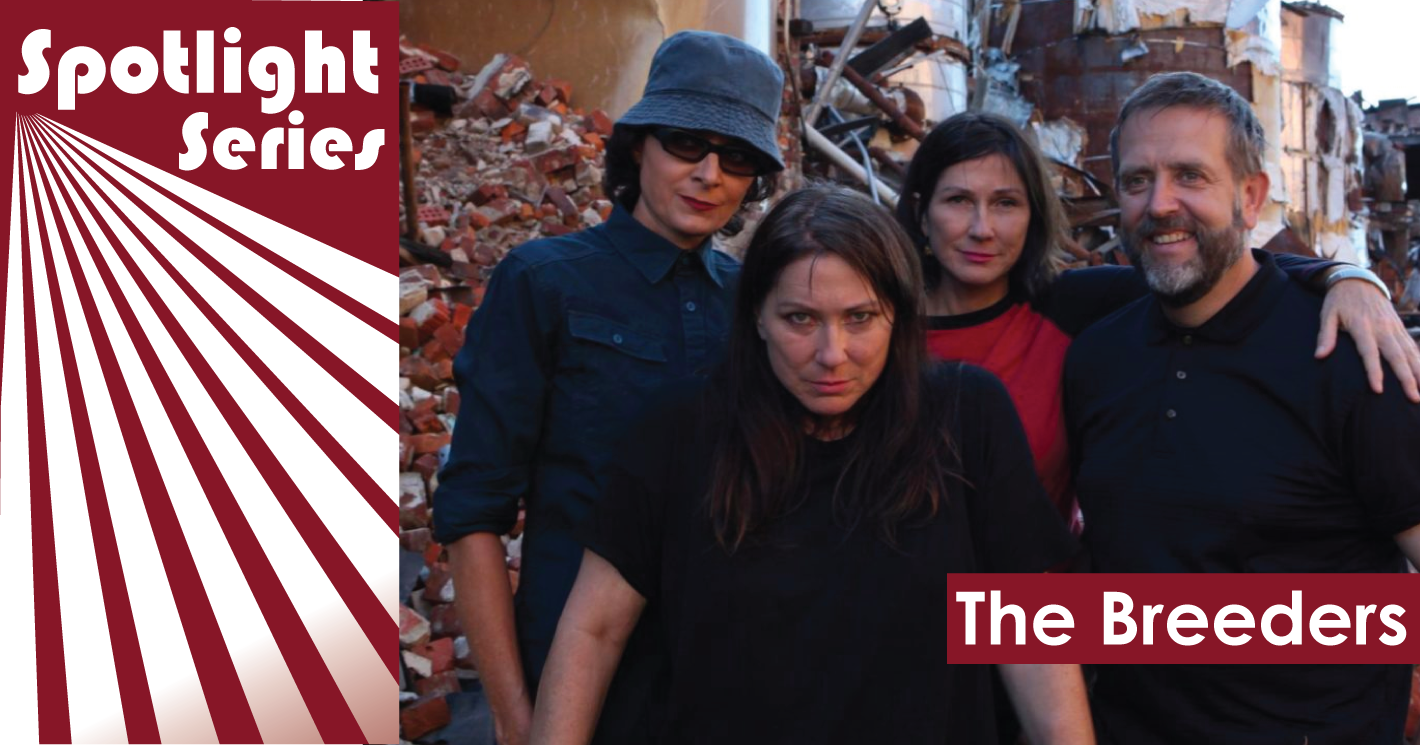 By this time, The Breeders had established a small but fervent fanbase with their haunting, lo-fi 1990 debut album Pod. Among their enthusiasts was Nirvana frontman Kurt Cobain. Heavily influenced by Deal’s former band (even claiming in an interview to have penned mega-hit “Smells Like Teen Spirit” while “basically trying to rip off the Pixies”), Cobain invited The Breeders to open for Nirvana on their 1992 European tour. The following year, the Breeders released their sophomore album Last Splash, which went platinum and spawned a series of infectious radio hits, like the driving, off-kilter “Cannonball.” Kim Deal appeared alongside Cobain on the cover of Melody Maker magazine later that year. As the popularity of alt-rock approached its zenith, the band earned a coveted spot on the main stage of the 1994 Lollapalooza tour.

The following two decades were marked by a series of personnel shifts and hiatuses for The Breeders. Both Kelley and Kim Deal spent time in rehab, and other members moved on to new projects or left the music scene altogether. Then, after not playing together since Lollapalooza ‘94, the band’s “classic” 1993 lineup of Kim Deal, Kelley Deal, Josephine Wiggs and Jim MacPherson reunited in 2013 for a Last Splash 20th anniversary tour. With the hedonic turmoil of the ‘90s in the rearview, the quartet convened in their hometown of Dayton, Ohio to work on new music once again. Last year, they released All Nerve, their first album in over a decade.

Although The Breeders are by any measure a canonical ‘90s band, they are far more than just a nostalgia-laden throwback act in 2019. After quitting smoking, Kim Deal describes her voice as “purer” than ever before, and the band’s jagged guitar riffs are utterly timeless. The Breeders are still raw, smart and incisive in a way that doesn’t belong to any decade. Whether you’re a die-hard fan or a new devotee, their free show at Levitt Pavilion Dayton tonight is bound to be a spectacular experience.