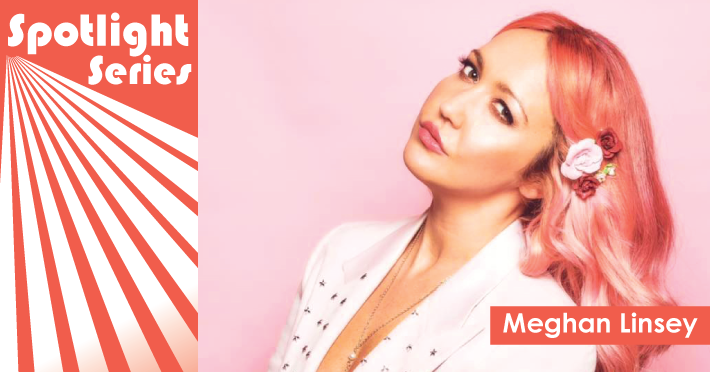 This week we’re turning the spotlight to Meghan Linsey, a pop-country troubadour known for her magnetic stage presence and stunning voice. Her boundless energy will be on display tonight at Levitt AMP Soldotna.

Meghan Linsey went from hosting karaoke nights in Nashville to touring with superstars like Reba McEntire and Bob Seger after winning the CMT music competition Can You Duet in 2009 with her then-fiancé Joshua Scott Jones. Performing as Steel Magnolia, the duo wowed judges and audiences alike with their energetic performances and distinct style. After the competition, their debut single “Keep On Loving You” climbed to No. 4 on Billboard’s country music charts.

After the duo split in 2013, Linsey became a top contender on yet another singing competition – NBC’s The Voice. Coached by Blake Shelton, Linsey finished as the runner-up on the show’s 8th season and was the first artist in its history to perform an original song.

Success in the top tier of televised singing competitions has earned Linsey some notable fans, including Instagram sensation Doug The Pug and former “Bachelor” bad-guy Juan Pablo Galavais, both of whom appear in the music video for her single “Exes and Friends.” Linsey has also used her stardom to speak out against sexual harassment in country radio and racial injustice in the United States.

If you’re anywhere near Soldotna, Alaska, be sure to catch Meghan Linsey live at Levitt AMP tonight!