The Pacific Summit was one of five Creative Placemaking Leadership Summits taking place in different regions across the country in 2019, organized by NCCP and ArtPlace America, and supported in part by the Levitt Foundation. “We’re dedicated to building the field of creative placemaking, and have been greatly impressed with the work of NCCP as a supporter of their summits since 2017,” says Yazowski. “So when NCCP reached out to Vanessa and I, asking if we would take a lead role in planning the Pacific Summit, we immediately knew this would be an invaluable opportunity to highlight the role of creative placemaking as a cross-sector strategy to address issues specific in the Pacific region while deepening the conversation among funders and practitioners.”

The Summit’s theme of “Shifting Tides” focused on the Pacific region’s booming economy, shifting demographics and climate change, and attracted attendees from up and down the West Coast as well as from Alaska and Hawaii. Through seminars, workshops, peer exchanges and field workshops, attendees explored how creative placemaking can play a role in shaping the future to ensure equitable, inclusive, sustainable communities while giving voice and ownership to the people who live there. Other themes that were discussed included Keeping Places (embrace the people and cultural assets already within a place while welcoming newcomers and mitigating displacement and cultural erasure), Amplifying Voices (fostering equity, diversity, and inclusion), Weathering Storms (creative approaches to disaster relief, sustainability, and regeneration) and Supporting Movement (issues related to immigration, class mobility, and public transit). Thanks to NCCP and funding from LA’s Department of Cultural Affairs, partial scholarships were awarded to 60 scholars, ensuring that artists and small nonprofits could be part of the conversation.

The Summit was also a wonderful opportunity for attendees to learn more about the Levitt program through both learning sessions and a free concert at Levitt LA!  During a morning plenary, the team at Levitt Pavilion Los Angeles (Allegra Padilla, Director of Community Relations & Partnerships; Carla Contreras Cabrera, Community Outreach Coordinator; Matthew Himes, Director of Programming & Production; and Oliver DelGado, Director of Marketing & Communications) along with Yazowski, Levitt LA’s founding Executive Director, packed the room for an illuminating discussion on the intentional and multi-layered approach of Levitt LA to amplify voices in marginalized communities. The rewards and challenges of the Levitt Foundation’s hands-on grantmaking to deepen impact both from the funder and grantee perspective was the focus of another session led by Yazowski, Executive Director Patti Diou of Levitt Pavilion Arlington, and Executive Director Gina Chavez Hill of the Brewery Arts Center (Levitt AMP grantee) in Carson City, Nev. To top it off, Summit attendees danced the night away  at Levitt LA in the city’s historic MacArthur Park on Friday night, enjoying the energizing sounds of ska-rockers Viernes 13 and The Slackers while enjoying a picnic.

As the field of creative placemaking continues to grow, evolve and deepen, we look forward to continuing our support of CPL Summits!  Next up? CPL is headed to Cincinnati October 10-12 to engage creative placemakers from throughout the Midwest.

Annemarie “Mimi” Gratzinger Levitt, an iconic patron of the arts and historic preservation, died of natural causes on January 6, 2019 at her home in New York. She was 97. Known for her intelligence, grace and hands-on approach to philanthropy and activism, Mimi believed in the arts as a source for positive social change and left a lasting legacy of generosity and service to the causes she supported. END_OF_DOCUMENT_TOKEN_TO_BE_REPLACED 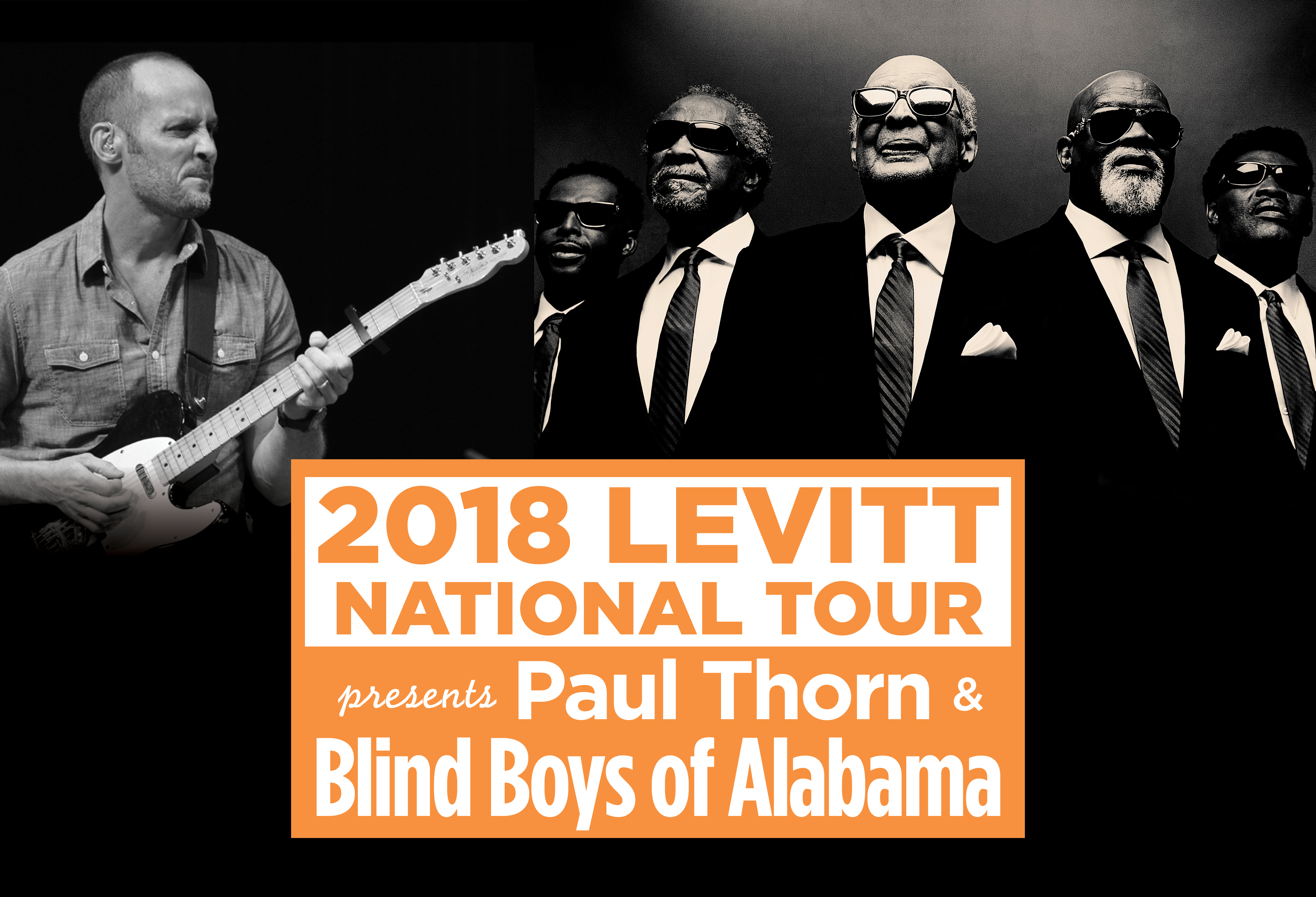 END_OF_DOCUMENT_TOKEN_TO_BE_REPLACED

Last month, we announced some exciting news—the work of our national nonprofit, Levitt Pavilions, will be carried out by the Mortimer & Mimi Levitt Foundation going forward, furthering our mission to strengthen communities across the country through free, live music.

Since 2005, the Levitt Foundation has awarded more than $20 million to its nonprofit partners and grantees to support free concerts in communities large and small. As Liz Levitt Hirsch, president of the Mortimer & Mimi Levitt Foundation, explained, “This exciting change signals our resolve to direct the majority of the Foundation’s philanthropy towards creative placemaking programs that focus on free concerts in public spaces. With funding now geared to one main cause, it made sense to place the operations of our national organization under one roof and to function as the Levitt Foundation, thus sunsetting Levitt Pavilions.” END_OF_DOCUMENT_TOKEN_TO_BE_REPLACED

Across the country, another spectacular season of Levitt concerts has come to a close, and we’re once again celebrating the undeniable power of free, live music to bring people together of all ages and backgrounds, creating stronger communities. Watch your favorite Levitt venue in action!

You may ask, who brings the Levitt program to life, year after year? Your local Friends of Levitt nonprofit, that’s who! Each Friends of Levitt manages, programs and fundraises for the 50 free concerts every year. This is an impressive feat when you consider the sheer number of acclaimed artists presented on a Levitt stage featuring a range of music genres; the first-rate production crews and state-of-the-art sound and lighting; as well as the additional programming and activities realized through local partnerships to create unforgettable evenings of free music under the stars. Rounding out the experience are the passionate volunteers whose friendly smiles and enthusiasm embody that warm sense of community found on Levitt lawns.

And yet the Friends of Levitt nonprofit is only part of the equation. Equally important is the community of supporters—audience members who donate on the lawn, businesses sponsoring shows, grants from foundations, and local family and individual donors—whose generous contributions ensure the free music continues each year at their Levitt venue. END_OF_DOCUMENT_TOKEN_TO_BE_REPLACED 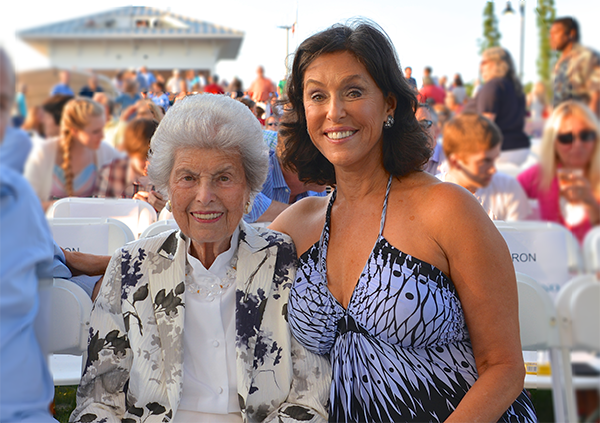 In many parts of the country, the name “Levitt” has become synonymous with “free outdoor concerts,” “revitalized spaces” and “citywide destinations” open to all. And for good reason—in 2015, more than 400 Levitt concerts will be presented in 16 cities, bringing the joy of free, live music to hundreds of thousands of people of all ages and backgrounds across America, ensuring access to the arts and strengthening communities in the process. America’s largest free outdoor concert series is made possible, in part, by the generous philanthropy and forward-thinking vision of the Levitt family—the late Mortimer Levitt (1907-2005), whose humble beginnings inspired his lifelong love affair with free music under the stars, his wife Annemarie “Mimi” Levitt, and daughter Liz Levitt Hirsch. Since Mortimer’s passing in 2005, Mimi and Liz have taken the reins of their private family foundation, the Mortimer & Mimi Levitt Foundation, and have led it with aplomb, honoring Mortimer’s legacy while directing more than $18 million in grants to support the core Levitt program of outdoor music venues presenting free concert series, along with other meaningful projects that invigorate communities through the arts. END_OF_DOCUMENT_TOKEN_TO_BE_REPLACED 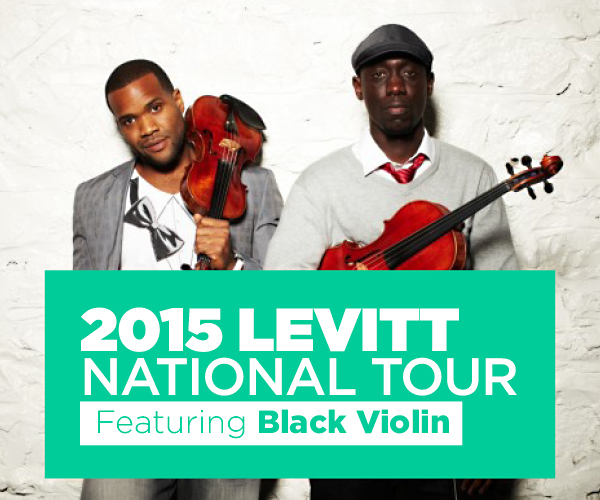 END_OF_DOCUMENT_TOKEN_TO_BE_REPLACED

“We are extremely proud of Levitt Westport’s 40 year history and its beloved reputation as a community treasure, open to all,” said Liz Levitt Hirsch, president of the Levitt Foundation and board chair of Levitt Pavilions. “The new facility is a beautiful reflection of its special place in our hearts, and we’re thrilled that the Levitt Foundation’s lead gift is helping to ensure the joy of free, live music for the people of Westport and surrounding communities for decades to come.”  END_OF_DOCUMENT_TOKEN_TO_BE_REPLACED

Starting in 2015, Levitt’s national program of 300 free concerts across the country will increase to 400, thanks to an exciting, new matching grant opportunity—the Levitt AMP [Your City] Grant Awards. In addition to 100 more free concerts, Levitt AMP will broaden the geographic impact of the Levitt program by focusing on small and mid-sized cities. And in another first, the public will get to decide which 20 cities make it to the finals round through an online voting process to take place next fall. So get ready to rally your colleagues, friends and family members to vote and bring the joy of free, live music to your city! END_OF_DOCUMENT_TOKEN_TO_BE_REPLACED 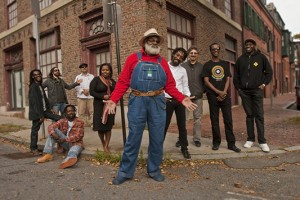