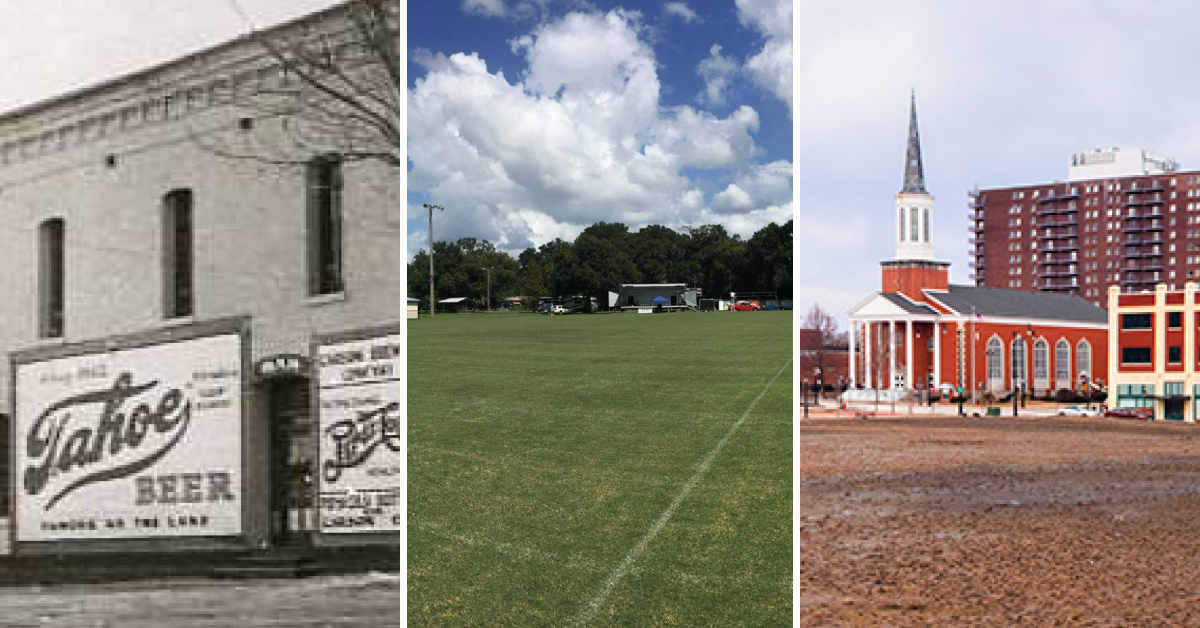 Historic sites that have re-emerged as centers for public life in Carson City, NV; Ocala, FL; and Springfield, IL.

Historic places and buildings are not just monuments to the past, preserving moments and memories in physical form. Actively including historical spaces as current centerpieces in community life can forge a powerful connection between people and place, creating common ground for future generations. Such is the case with three Levitt AMP communities — Carson City (NV), Springfield (IL) and Ocala (FL) — where the dedicated individuals and nonprofits behind the free Levitt AMP Music Series have brought new life and meaning to previously underused historical spaces, creating vibrant gathering places for the entire community. Read on to learn more!

Carson City, NV: A historic district with a future in the arts 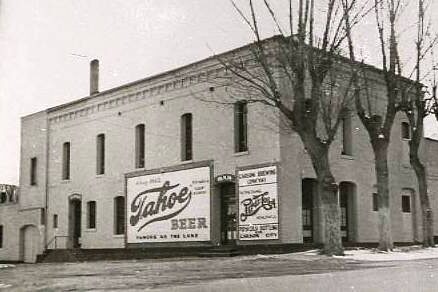 The Levitt AMP Carson City Music Series, located in the Nevada state capital city of Carson City, takes place in the same area where the city’s history began, nestled in between two of the oldest buildings in the city: the 1864 Carson Brewery and the 1871 St. Teresa of Avila Church. According to Gina Lopez, Executive Director of the Brewery Arts Center, no one would consider the historic district a place for community prior to the Levitt AMP Carson City Music Series. The difficulty of maintaining the old, historic buildings left them appearing run-down and closed to the public. The vision for the Levitt AMP Music Series was to “bring life back” to the area, which has been realized every summer since first presenting the Levitt AMP Music Series in 2016 (with the exception of 2020 due to the pandemic), with several thousand people attending each show from all over Carson City and the surrounding areas. The area has become “a place to be, a place to experience,” Lopez said, and she attributes this change in large part to the free, accessible format of Levitt AMP concerts removing barriers to participation. “The free concerts took away a sense of class,” Lopez said, “everybody was dancing in the street together and it really became a community building exercise. The music and the art were just the vehicle.” 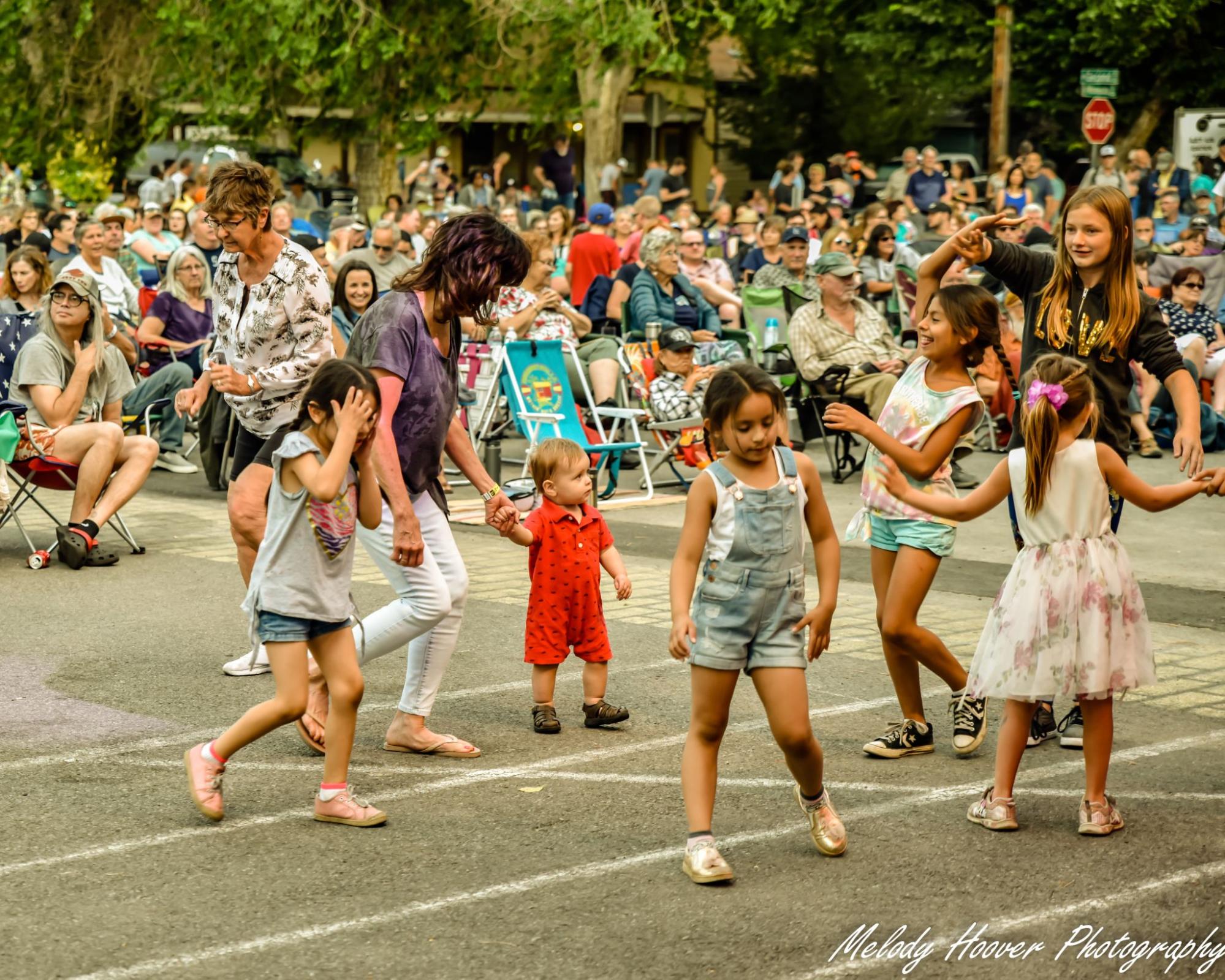 When the Levitt AMP concerts in Carson City first started, Lopez believed she needed to book big-name artists in order to draw people to the space. After five successful seasons, the music series has become part of the social fabric of Carson City. It is established as a draw in and of itself, giving the Brewery Arts Center the opportunity to program emerging artists and provide them with a platform that they could not offer previously. Levitt AMP concerts have built trust within the community, and crowds show up expecting high-quality music regardless of whether the lineup is filled with well-known names. “Everybody wants to be part of something great, and this is something great — it is magical,” Lopez said.

Bridging the historic with the new is a “touchy balance,” according to Lopez, particularly when making changes to spaces with historical ties to the community. Change, however, is necessary to navigate in order to create places where people feel welcome to come together for years to come. The momentum from the Levitt AMP Music Series has allowed for the development of the historic district, with additions such as a pedestrian-only street between the two historic buildings, an interactive harmony sculpture park, and murals on the historic buildings making the area welcoming for all. Now, “we’re a historic district that has a future as well, and that future is in the arts,” Lopez said. 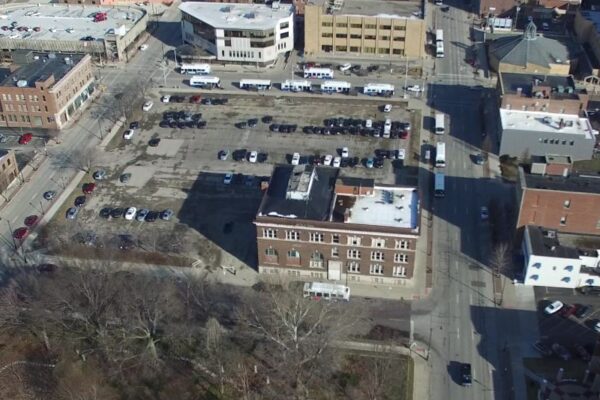 Another AMP community that’s also the state capital, Springfield, Illinois, is perhaps best known as the home of Abraham Lincoln, and the Y Block — home to the Levitt AMP Springfield Music Series — is located just a few blocks from the Old State Capitol, where Lincoln gave his pivotal “House Divided” speech in 1858. The Y Block is an entire city block in downtown Springfield, an area which former Downtown Springfield, Inc. Executive Director Lisa Clemmons Stott describes as “truly the center of our community.” The block sits adjacent to the Governor’s Mansion and has had many uses over the years, including the now-demolished Hotel Abraham Lincoln, a YWCA, which vacated after a bad storm in 2007, and most recently, a gravel parking lot for state employees.

At the same time, the area has a painful history; a 1908 violent riot targeting the city’s Black community was the catalyst for the inception of the National Association for the Advancement of Colored People (NAACP). The Levitt AMP Springfield Music Series has served as a source of healing, giving audience members a chance to gather with a large cross-section of the community and enjoy a shared experience together. “It is a space that makes you remember your humanity and that all the other people around you are just humans appreciating good music, too,” Stott said. 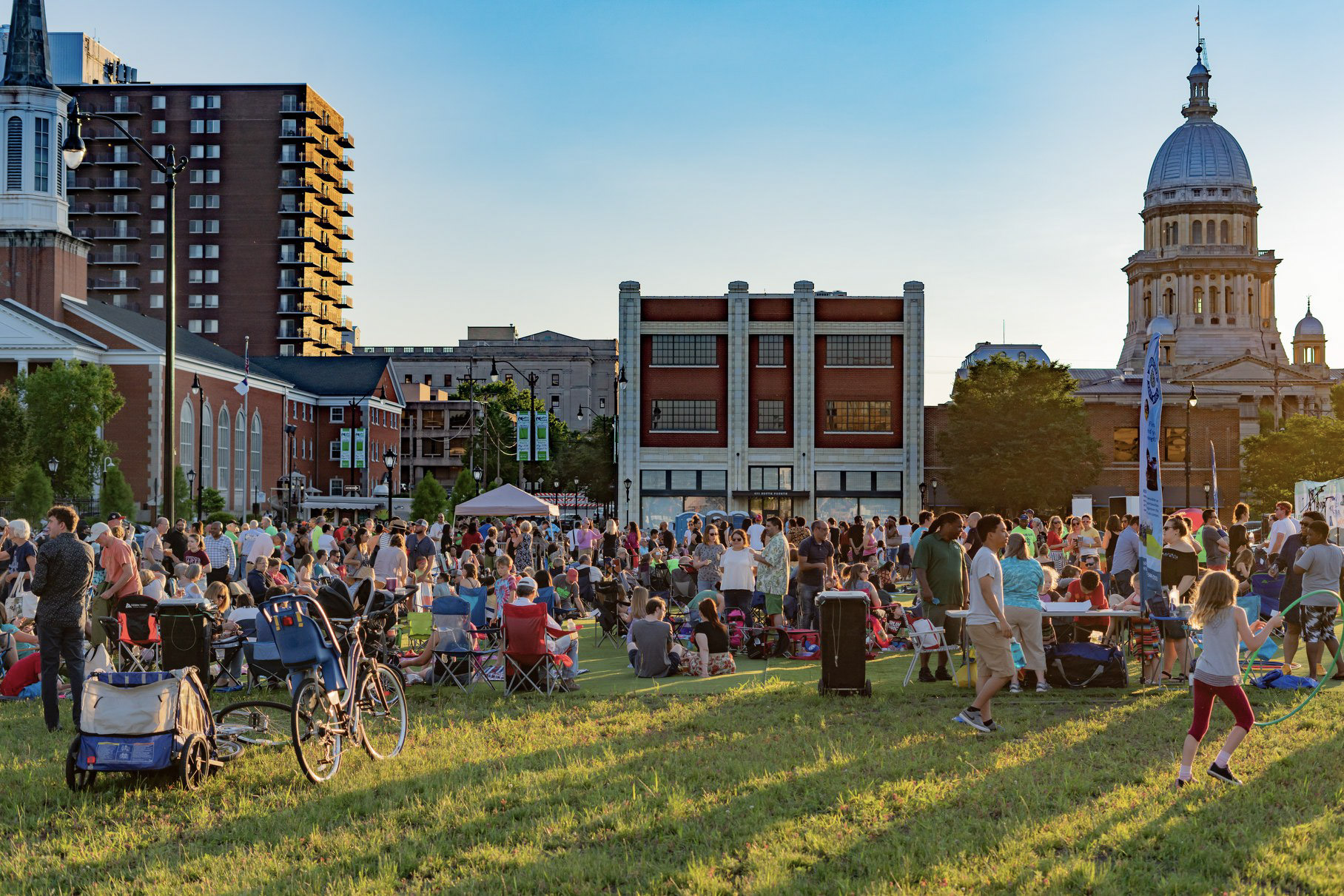 Following two summers of Levitt AMP concerts in 2019 and 2021 (the music series was cancelled in 2020 due to the pandemic), the Y block now symbolizes a common investment in the future of Springfield’s historic downtown. The visibility from the Levitt AMP Music Series has sparked more interest and learning about what the community envisions, paired with new partnerships to execute their vision. “The Levitt AMP Music Series has really allowed us to work across neighborhoods in a way that we hadn’t been able to before,” Stott said, and cites collaborating with the organizers behind Juneteenth, Inc. as one example. Through a joint Juneteenth celebration kick-off, Stott says they were able to use the Levitt AMP Music Series to amplify the work that the Juneteenth committee has been doing for more than two decades. According to Stott, “We’re trying to make it so that every person can see a version of themselves on the stage and on the lawn.” Currently, Stott says they are working with an architect and a landscape architect to create renderings of future plans for the block based on community input, which will then be released back to the community for feedback once the plans are ready.

Just over a mile west of downtown Ocala, Florida, sits the historic Martin Luther King Jr. Recreational Complex’s Webb Field. In the 1920s, the three-acre green space was used for the Mets’ summer baseball training, but has since sat largely unused until the inaugural Levitt AMP Ocala Music Series in 2017 — a baffling phenomenon considering how close the field is to Ocala’s lively downtown. “It was really strange to us how we had done all this revitalization in our downtown core, a mile away, and we weren’t seeing any development there,” Jennifer Normoyle, Grants and Outreach Manager for Ocala’s Recreation & Parks Department, and an organizer of the Levitt AMP Ocala Music Series, said.

The underuse of Webb Field was tied to Ocala’s history of disinvestment in Black communities post-segregation, including the detrimental effects of The Federal Aid Highway Act of 1956. The construction of US Highway 301 cut a line through the historically Black neighborhood, disrupting local community life and creating a perceived barrier. Prior to the Levitt AMP Ocala Music Series, “no one went to West Ocala from downtown even though it’s super close,” Normoyle said. “There are people who’ve lived in Ocala all their lives who had never been to Webb Field or that side of town.” This separation was a key motivation for bringing the Levitt AMP Music Series to the area and “prove the space viable to get people to come from all over the city to experience free, live music … no matter what neighborhood you live in, no matter your race, age, or gender,” said Normoyle.

The Levitt AMP Music Series laid the groundwork for a cascade of other development projects in the area, and has become an important social arena for the local community as well. According to Normoyle, many concertgoers have become regulars and continually make friends through the concerts.

While the Levitt AMP Music Series has played an instrumental role in the long-term goal to improve quality of life in West Ocala on a deep level, work remains. Most pressing, the neighborhood west of the 301 is a food desert — “we’re still fighting to get a supermarket on that side of town,” Normoyle said. She emphasized the importance of including art in any efforts to recover a space, and says that this aspect has been key “not just visually, it’s not just aesthetics, it is an economically redeveloped area.”

These three AMP sites all harness the power of free, live music to bring new life and meaning to historical spaces in their communities, proving the transformative effects of Levitt AMP grants. Levitt AMP concerts have been key in building trust and connectivity in these places, fostering a vibrant arts hub for artists and audiences and making planning for the future a community exercise.