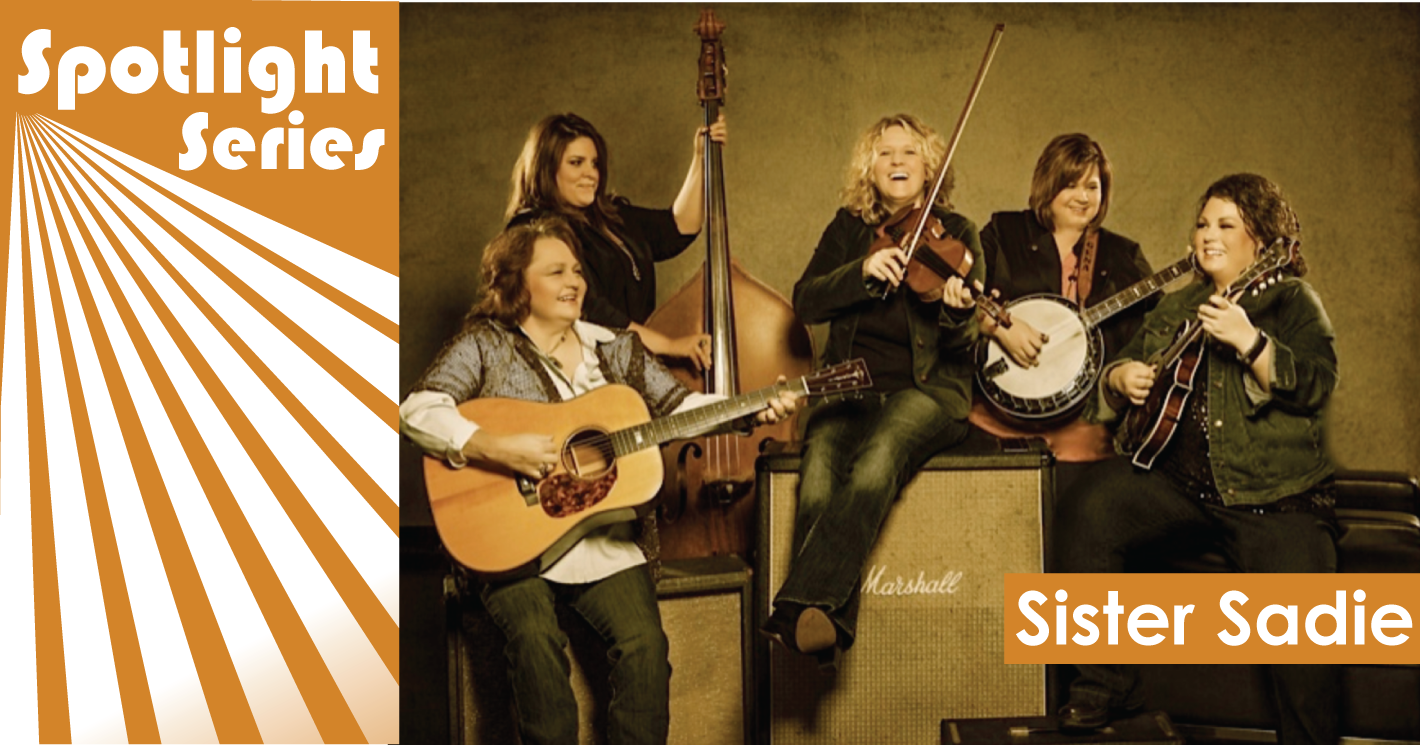 If you’ve been keeping up with our blog, you know that we at Levitt love talented, award-winning all-female musical powerhouses. It’s no surprise, then, that we’re huge fans of Sister Sadie, the GRAMMY-nominated bluegrass supergroup that brings together “some of the best women bluegrass music has ever claimed.” Full of intricate vocal harmonies and hard-driving five-string banjo licks, Sister Sadie’s music is a masterful display of bluegrass prowess that purists and casual listeners alike can delight in. Tonight, Sister Sadie is performing in the heart of bluegrass country, at the Levitt AMP Middlesboro Music Series, and we couldn’t be more excited!

Before coming together to form Sister Sadie, each of the band’s members were already among the most respected and sought-after musicians in the bluegrass genre. Fiddler Deanie Richardson sports collaborations with heavyweights like Bob Seger, and guitarist/vocalist Dale Ann Bradley has five Female Vocalist of the Year awards from the International Bluegrass Music Association under her belt. The group (which also includes mandolin player/vocalist Tina Adair, banjo player Gena Britt and bassist Beth Lawrence) came together for the first time at an impromptu Christmastime gig in Nashville, Tenn., performing just hours after their initial rehearsal. After realizing that there was something special about their collective sound, they decided to make playing together an annual tradition. Footage of the concert soon surfaced online, however, and it became clear that the demand for their music far exceeded jamming together once a year. They signed with Pinecastle Records shortly thereafter and released a self-titled debut album to critical acclaim in 2016.

Last year was a huge leap for Sister Sadie, with their second album, Sister Sadie – II, landing on top of the Roots Music Reports Charts and scoring a GRAMMY nomination for Best Bluegrass Album. The album is also in contention for three awards at the upcoming 2019 International Bluegrass Music Awards. Sister Sadie is scheduled to perform at the awards show later this month, but if you’re in the Middlesboro, Ky. area, there’s no need to wait — you can see Sister Sadie tonight on the Levitt AMP stage for free!