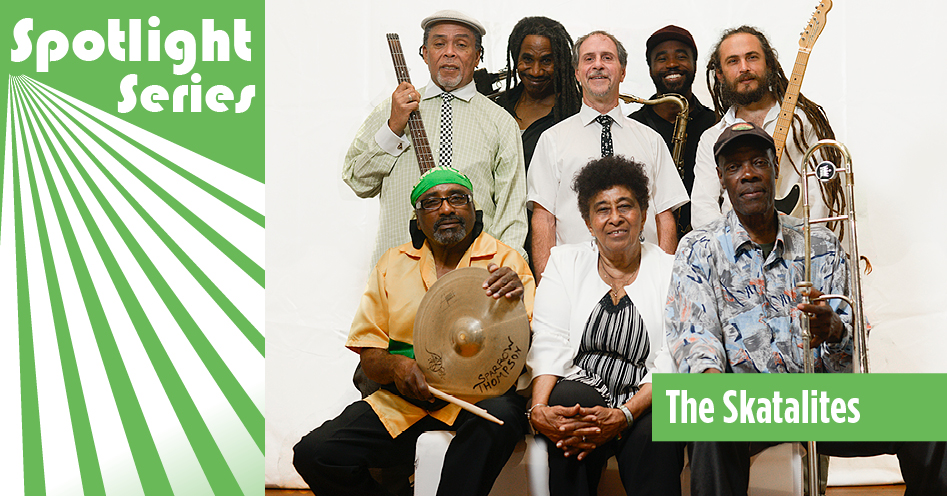 2019 marks the 55th anniversary of the GRAMMY-nominated, genre-shaping ska sensation, The Skatalites—who’re headed to Levitt AMP Springfield tonight! Concertgoers are in for an unforgettable night of mellow grooves, soaring horn lines and the legendary vocals of ‘The Queen of Soul.’ One of Jamaica’s most celebrated singers, Monica Johnson—better known by her stage name Doreen Shaffer (or ‘The Queen of Soul’)—bridges the group’s past and present, as the last original founding member of The Skatalites.

Those familiar with The Skatalites’ history and evergreen discography can attest to the irreplaceable mark they have left on ska, rocksteady and reggae over the past half a century. The group’s original members played on hundreds of recording sessions, backing musical giants like Bob Marley, Toots and The Maytals, Jimmy Cliff, Alton Ellis, Ken Boothe and many more before bringing the band to life in Jamaica’s renowned Studio One in the ’60s. Weaving together jazz, Latin and Jamaican in high-energy tracks, it did not take long for the band’s explosive musical fusion to gain traction. After a long hiatus, they reunited in 1983 and have been wowing audiences around the globe ever since.

In honor of tonight’s show, check out this trailblazing group’s live Eutropia Festival performance below!