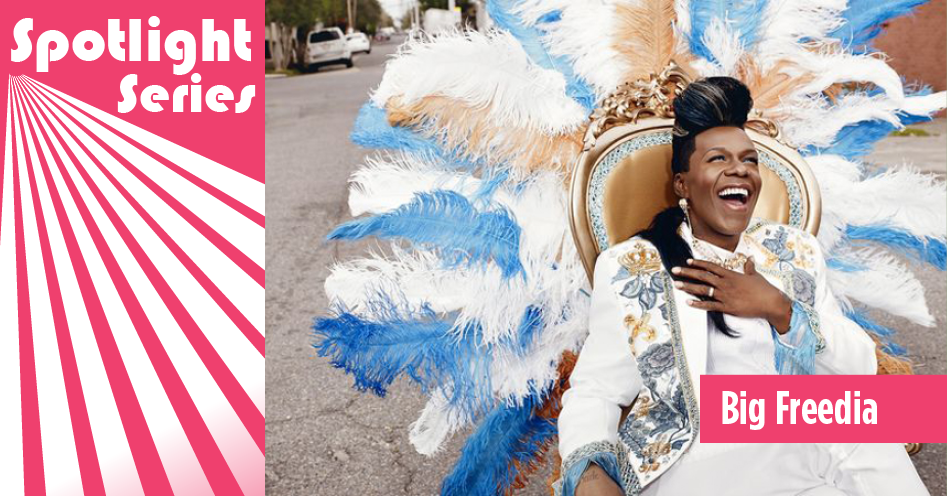 Tonight, the fierce and fabulous Big Freedia—pronounced “Big Free-da”—will take Levitt AMP Chattanooga by storm with her danceable rapid-fire beats and joyous messages of empowerment for people of all ages, backgrounds and genders. As an openly gay artist of color, Big Freedia fearlessly lives her truth, breaking down barriers and helping to create a more open and accepting world in the process. Dubbed the ‘Queen of Bounce,’ Big Freedia is a passionate ambassador of the high-energy, hip-hop with a twist coming out of New Orleans, known as bounce music. And her passion is contagious!

A dual force of jubilance and resilience, Big Freedia creates music that seamlessly glides between poignant, hard truths and exuberant call-and-responses that inspire concertgoers of all walks of life to confidently embrace their inner dancer, ‘releasing their wiggle.’

As a musician, published author and hit reality show host, Big Freedia empowers her fans to believe in themselves, follow their dreams and stand firm in who they are. If you’re lucky enough to be in Chattanooga, Tenn., be sure to come by tonight and experience the ‘Queen of Bounce’ live on the Levitt AMP Chattanooga stage!