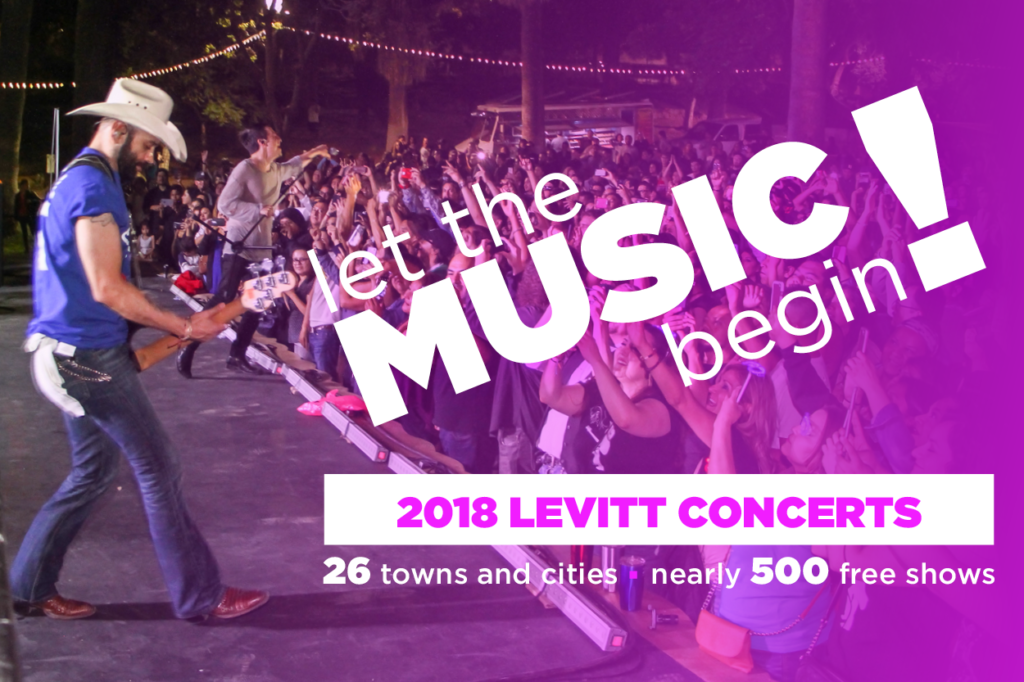 The countdown to the 2018 Levitt concert season is on! Across the country, free outdoor concerts at Levitt venues and Levitt AMP sites begin kicking off this month, ready to bring people of all ages and backgrounds together through the power of free, live music. Levitteers throughout the nation will be enthralled by this year’s wide range of rising stars and award-winning talent taking to Levitt stages. Scroll down to check out when free Levitt concerts will be taking place in your community!

Permanent Levitt Venues
Each permanent outdoor Levitt music venue presents 50 free concerts every year and is managed, programmed and supported by a Friends of Levitt nonprofit partner, with Levitt Los Angeles run by the Foundation. This year we welcome Levitt Pavilion Dayton as it launches its inaugural free summer concert series!

This year, the Levitt Foundation is also supporting free Levitt concerts in four additional communities, including a Levitt National Tour stop at the future home of Levitt Shell Sioux Falls (opening in 2019) and special outreach concerts in the former Levitt AMP locations of Greensboro, N.C., Hattiesburg, Miss. and Jacksonville, Ill.

Mark your calendars and get ready to enjoy a season of free, live music with friends, family and neighbors. We look forward to seeing you on the Levitt lawn!

8 thoughts on “Bring on the Music: 2018 Levitt Season Dates and more!”