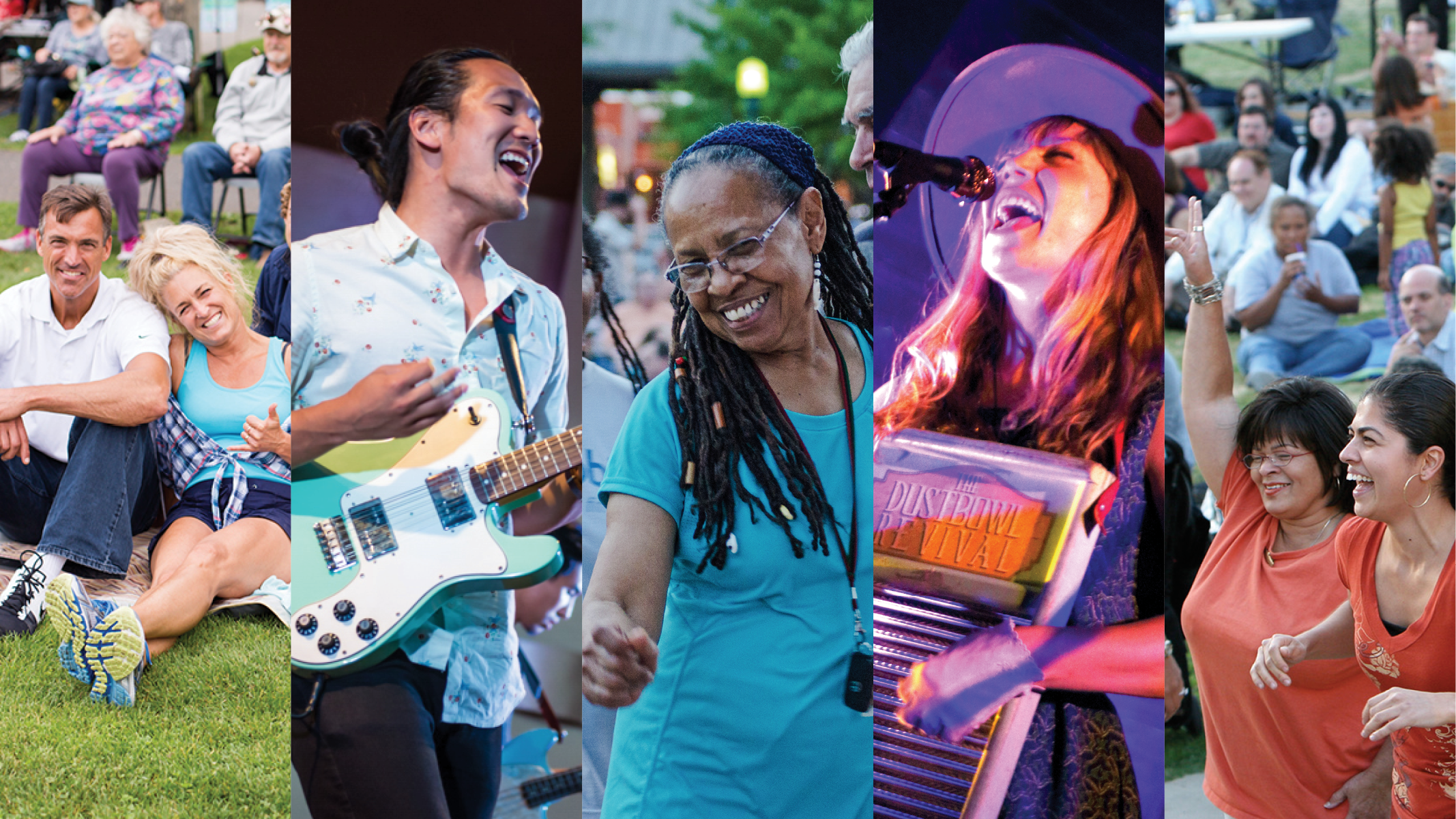 Enjoying music outside is in our DNA. For centuries, cultures across the globe have used music as a means for entertainment and as a vehicle to come together. As early as the 6th Century BC, we find examples of people from all corners of society gathering in ancient Greek outdoor amphitheaters for live musical competitions at the Pythian Games (which later incorporated sports as well). As society has evolved, one of the constants has been the power of music to bring people together to enjoy communal experiences. While outdoor music performances are nearly as old as civilization itself, recent decades have inspired more and more communities to invest in such experiences, signaling a larger cultural shift.

As a creative placemaking funder in the free concert space, we’re excited to see more communities turn to free concerts as a means to drive community engagement and boost economic activity in their cities. Each year, the Levitt Foundation receives an increased number of inquiries from towns and cities across the country—from small to large, rural to urban—that are interested in free outdoor concerts as a way to strengthen the social and economic fabric of their communities. Which leads one to wonder: what is it about free outdoor concerts that is inspiring investment?

The rise of the experience
Almost two decades ago, B. Joseph Pine II and James H. Gilmore wrote about the onset of today’s ‘Experience Economy’ in their influential and best-selling book, The Experience Economy: Work Is Theatre & Every Business a Stage—following the eras of the agrarian economy, industrial economy, and most recently, the service economy. The authors argued that in order to stay relevant with the evolving values of society, organizations across sectors must focus on creating memorable events that engage each customer in an inherently personal way. And in an article published earlier this year, the visionary duo built upon their original concept, discussing the value of designing experiences to be “so engaging that customers cannot help but remember them—and tell others about them”—such as sharing an experience via social media, which further cements the creation of a memory. Distinctive and memorable experiences, particularly those that lend themselves to compelling social media posts, have grown into today’s most desirable commodity.

With today’s hunger for experiences, it’s no surprise that live concerts are booming—particularly among millennials. According to a recent EventBrite study, more than 78% of millennials would choose to spend money on a desirable experience or event over buying something desirable. But this phenomenon isn’t unique to this demographic. The same report also revealed that since 1987, the share of consumer spending on live experiences and events relative to total U.S. consumer spending increased 70%.

The connective power of music 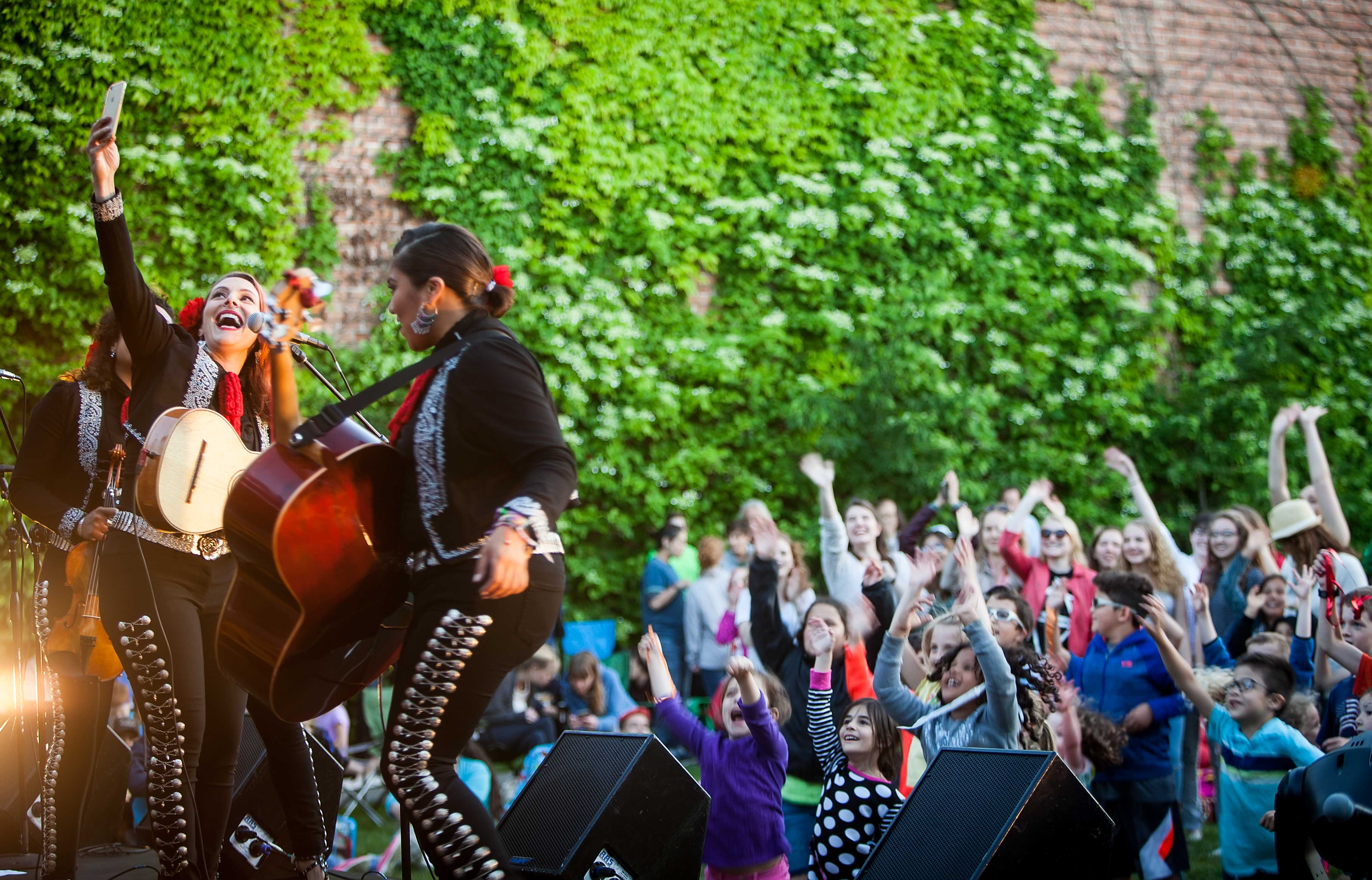 Music is a universal language that transcends racial, religious, political, socioeconomic and generational boundaries. A growing number of cities in search of ‘social glue’ recognize that people from all walks of life can find common ground in the driving beat of a drum or a catchy melody. Recognized for his exploration of art as a human experience, American philosopher and theorist John Dewey noted that of all the art forms, music lends itself “with particular force” to raw, meaningful and relatable experiences.

Further, listening to music with others has been shown to foster a sense of community and connection, making access to free, live concerts especially valuable. A quick scan of audiences at any outdoor concert highlights how live music strengthens social bonds. A group of friends dancing together, a family laughing as they enjoy a picnic, neighbors relaxing side by side. Studies find social cohesion to be higher within families and among peer groups when people listen to live music with their family members or peers, respectively.

The Levitt Foundation’s own research reveals that the social benefits of free outdoor concerts go even deeper, creating a “hybrid experience of both the arts and community connection, facilitating social interaction not only within attendees’ existing social groups, but also facilitating meaningful social interactions across demographic boundaries.” Examples include strangers having friendly conversations while seated next to one another or even becoming concert buddies for an evening.

These moments of interaction are important in building “social capital,” or the value that is derived from existing within and being connected to social networks, and research shows that higher levels of social capital correlate to healthier communities. These connections are notably important given the rise of social isolation and the deepening divide among our nation’s many siloes.

The power of music and nature combined

Cities striving to attract and retain residents understand the importance of ‘quality of life.’ Happy citizens make happy cities, and live music makes us feel good. Countless studies, including a recent report published by US News Health, explain how live music improves our overall well-being—relieving stress, lowering our heart rates and blood pressure, signaling our brains to release pain-reducing endorphins, creating opportunities to experience and relive emotions (which in turn has a cathartic/therapeutic effect), and inspiring physical activity like dancing.

According to a Gallup poll, people yearn to spend time outside, especially during the summer. Cities that boast high ‘quality of life’ and community attachment often offer residents safe, family-friendly outdoor spaces along with an array of cultural and recreational activities. Spending time in nature has been proven to serve as a “reset” button in the midst of our fast-paced lives. Some of the proven health benefits echo those that come from listening to live music, like lowering cortisol levels (stress), alleviating pain and improving our mental health. According to a recent Business Insider article, time in nature also helps to improve short-term memory, restore mental energy, reduce inflammation, improve vision and concentration, sharpen thinking and creativity, strengthen immune systems, and help people live longer, healthier lives.

Taken together, people receive a double dose of health benefits when listening to live music outdoors. The fact that people strongly desire these kinds of experiences to begin with—as sources of entertainment and joy—explains the ongoing popularity of outdoor concerts.

The money factor
With our nation’s growing demand for meaningful experiences, the cost of concerts has skyrocketed to over $70 per ticket on average, leaving many people unable to afford the price. According to a 2015 report on arts participation published by the National Endowment for the Arts, nearly 40% of study participants who didn’t attend an arts event cited cost as the reason. Given the economic realities faced by many Americans and increased cost of living, ensuring free access to arts experiences has taken on added significance.

The Levitt Foundation supports over 450 free concerts each year, in communities large and small through both permanent Levitt venues and the Levitt AMP [Your City] Grant Awards. Beyond Levitt, there are a rising number of organizations and municipalities across the country committed to providing everyone—from students to families to retirees on limited incomes—access to the arts, especially free outdoor concerts. Cities like Seattle, Omaha and Nashville offer free concert series, as do towns like Rushville, Ind., Owensboro, Ky., and Frederick, Md.

In addition to providing much needed arts access for residents, free concerts also help fuel local economies, increasing foot traffic and visitor frequency in neighborhoods where concert series take place. Towns and cities report a return on their investments as the concerts drive revenue both on-site with food and beverage sales and in the surrounding areas by locals, as well as out-of-towners, spending money in their communities.

Artists and arts enthusiasts have long touted the benefits of the arts on individuals and their communities. What’s relatively new is the degree to which other sectors—such as health departments, transit, economic development corporations—are recognizing the role of the arts in helping to create their desired outcomes, whether that’s improving participation in public health initiatives, boosting use of transit systems, or increasing residents’ patronage of local businesses. Their embrace of creative placemaking, or the integration of arts and culture into community planning and development, has reached a tipping point.

Since 2014, applicants to the Levitt AMP [Your City] Grant Awards, for example, have included proposals spearheaded not only by arts centers and councils, but also by downtown partnerships and Main Street organizations, social service nonprofits and universities, often submitting as partners.

Among this year’s inspiring collaborations is the Levitt AMP Chattanooga Music Series, led by The Urban League of Greater Chattanooga, Inc.—an organization dedicated to enabling the disadvantaged to secure economic self-reliance, parity, power and civil rights—in partnership with the Bessie Smith Cultural Center, Chattanooga Convention and Visitors Bureau, the Office of Multicultural Affairs at the City of Chattanooga, and Jazzanooga. Together, these five entities came together to reach a larger goal: to help bring attention to the underused Bessie Smith Cultural Center lawn through the free Levitt AMP concerts, attracting people who don’t typically go there and fostering positive relationships among community members, while invigorating this historically and culturally significant public space.

The public/private partnership that brings permanent Levitt venues to life reflects the same level of cross-sector support. Dayton, Ohio, which will open a permanent Levitt music venue in 2018, is positioning their outdoor concert venue at the heart of “The Nine”—a 9-block, 36-acre downtown redevelopment zone—to attract new restaurants, shops and residencies, invigorating community life in a historic part of downtown Dayton. Similar to Chattanooga, Dayton is seeing wide-scale investment ranging from social service providers, like CareSource Foundation and the Greater Dayton LGBT Center; to medical service providers, like Premier Health; to higher education institutions, like the University of Dayton and Sinclair Community College; to local businesses, like Key Ads and Dayton Bag & Burlap; to a range of foundations and businesses dedicated to driving local and regional development, like the Miller Valentine Group and The Dayton Foundation. “The level of support and commitment from the region has been overwhelming,” said Mayor Whaley of the Levitt project. “Over the past several years, Dayton revitalization efforts have gained momentum, with the City and our partners working hard to reenergize and renew interest in the city’s offerings…the Levitt Pavilion [and the free concerts] will give citizens a reason to check out what is going on in the center of their community.”

The making of a movement
What do you get when you combine live music, a welcoming outdoor space, and free admission? A recipe that has become a win-win for communities, sparking a nationwide movement.

When you peel back the layers of value offered by free outdoor concerts, it becomes clear why towns and cities across the country are embracing the movement. In addition to arts presenters, a growing number of municipalities, downtown partnerships, social service organizations, educational institutions, local businesses and development corporations are joining forces to invest in free outdoor concerts. They recognize that music is a powerful social connector, and that when music is presented outdoors and free of charge, it creates more livable and vibrant towns and cities, building community attachment and attracting new residents. In addition, they welcome the positive economic impact reported by businesses surrounding free concert locations, as well as the opportunity to create effective collaborations among the public, private and nonprofit sectors to bring the concerts to life, elevating the community’s overall quality of life.

As passionate supporters of free outdoor concerts, we are deeply committed to shepherding this movement and empowering more towns and cities across the country to celebrate the best of American life, one city, and one concert, at a time.