Inspired, Chen, then a freshman at NYU, founded OneReasonRecordings (ORR), with the mission to promote music as a tool to combat social problems.

The first of its kind, ORR calls itself a social label, or “a music label dedicated to social justice and awareness.” It partners with various nonprofit organizations and independent artists to raise money for a different cause each year selling themed compilation albums and donating the proceeds. Over the past three years, it’s contributed to 15 organizations and raised nearly $30,000, and the money Chen has raised has helped provide a home for a family in a third world country, build a community well in Ethiopia and fund surgeries for two children born with cleft lips. Chen, who had previously only experienced the social impact of music through high school talent show fundraisers he helped organize, has seen firsthand how music can change lives. 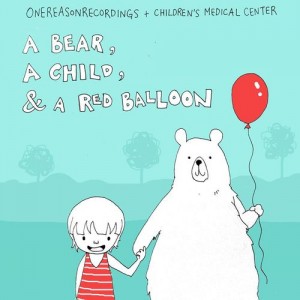 In addition to fundraising, ORR prides itself on providing a platform for independent artists who want to change the world through music. Many of its artists feel strongly about its campaign topics and submit music related to its themes. ORR’s most recent release, “A Bear, A Child, & A Red Balloon,” which benefitted Children’s Medical Center in Dallas, consisted entirely of songs inspired by medical miracles. Though it wasn’t an initial part of ORR’s mission, empowering artists has become a fundamental part of the organization.

“Many of the artists we work with have chosen to forgo label contracts because of how binding they are and how marketed/controlled their music becomes,” said Chen to Levitt Pavilions. “We’re constantly working on utilizing and figuring out more ways to benefit the artists that we work with, while making sure that we’re able to raise as much as we can for the topics we fundraise for every year.”

One memorable artist ORR collaborated with is Mara Measor, a singer-songwriter from Hong Kong whose experience with the organization helped inspire them both.

“I remember at the time we chose to work with her, she had only started to dabble in music,” said Chen. “She had this incredible voice and passion to serve, but she was and continues to be one of the most humble artists that I’ve had the pleasure of knowing…In the short amount of time since I’ve gotten to know her, I’ve seen her grow dramatically, as an individual and as an artist. It’s these connections and experiences that really make me realize how lucky I am to be doing what I’m doing.”

Thanks to its tremendous success, ORR has since expanded to include other forms of art than music, with sub-division nonprofits dedicated to illustration, films, photography and writing. However, ORR continues to use music as a tool for social impact, with its 2015 campaign, a partnership with Stop Hunger Now, currently accepting donations and song submissions.

Kudos to this incredible project for harnessing the power of music to change the world!