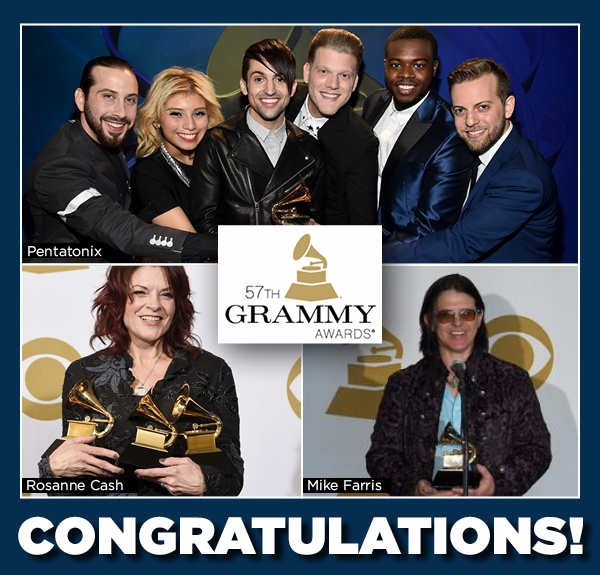 Last night, over 25 million viewers across the globe tuned in for music’s biggest night, the 57th Annual GRAMMY Awards at the STAPLES Center. Five of the 83 gilded gramophones given out last night went home with artists who’ve performed at Levitt venues. A hearty congrats to GRAMMY-winning artists: Rosanne Cash, Mike Farris and Pentatonix.

Rosanne Cash, who performed at Levitt Shell in 2014, was honored with three GRAMMY Awards:

Mike Farris, who performed at Levitt Shell in 2014, took home his first gramophone for:

Pentatonix, who performed at the Levitt venue in their hometown of Arlington, TX in 2012 and 2013, celebrated a milestone moment for their group, as well as a cappella as a whole, with their win:

Congratulations on these tremendous achievements!