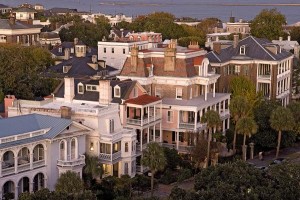 When I think of Charleston, S.C., I think of Lowcountry shrimp and grits at Martha Lou’s, the exquisitely preserved neoclassical Nathaniel Russell House and the possibility of spotting nearby resident Bill “No One Will Ever Believe You” Murray. But now residents are doing their part to put the city on the map for other reasons: art and the local creative economy. 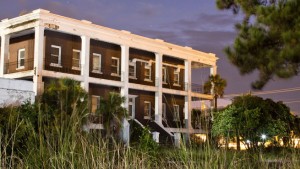 Charleston is already on the map as a foodie destination, thanks to residents like Matt and Ted Lee. But over the next year, 1600 Meeting Street, a 12,000 square foot building in a former industrial area of the city called the Neck, will gain artists and other creative entrepreneurs as residents. The newly renovated space, originally constructed in 1926 for Exxon Oil, fills a need in the city for a communal space to work, exhibit and collaborate, especially as creative industries grow in Charleston. Communal spaces can be critical sources of engagement and collaboration for solo or small businesses and freelancers, and they also help with a better work-life balance.

Awakening, a one-day installation by multiple Charleston-based artists in 1600 Meeting Street, was documented in this short video by Enough Pie.

As plans for the building developed, Enough Pie emerged. Enough Pie, a creative placemaking nonprofit, seeks to encourage the development of the arts and the creative economy in the Neck area. It administers small, community-based art grants and conducts outreach to the community. The name derives from an ultimate goal of inclusivity in developing that creative economy (that is, ensuring that there’s “enough pie” to go around).

And here’s why inclusivity is a priority: the area around 1600 Meeting Street is a recovering industrial corridor and a predominantly African-American community. Dr. Ade Ofunniyin, a professor at the College of Charleston and expert in local Gullah culture (The Gullah are unique to South Carolina and Georgia) expressed his concerns in a recent Charleston City Paper article, “In the same way that the African-American community was not included in the design of historic Charleston, they’re not being included in the design of the new Charleston. I can’t say that they’re not included because a deliberate attempt is being made to exclude them, but if you’re not invited to the party, then you’re not going to show up at the party.” Development has been pushing north to areas like the Neck from the historic center. In a visit to the city last year, I found it difficult to walk down one of the historic blocks without counting the number of cars in driveways with license plates from New England.

Enough Pie’s community outreach is critical. Their events are free and open to the public, they are actively collaborating with elders of the Gullah community and neighborhood councils and they promote local creative businesses on their website. But of course, stating that inclusivity is a priority does not necessarily make it so, which means that outreach initiatives—not only for Enough Pie, but for all organizations looking to move into the Neck—are going to have to be, as Dr. Ofunniyin said, “deliberately inclusive — deliberately.”

Charleston is a diverse city with a rich history, and responsible development and artistic inclusion will need to honor that. But the bigger issues that the City Paper highlights are not unique to Charleston. What’s your take on the development of the Neck neighborhood? Is there something similar going on in your town?