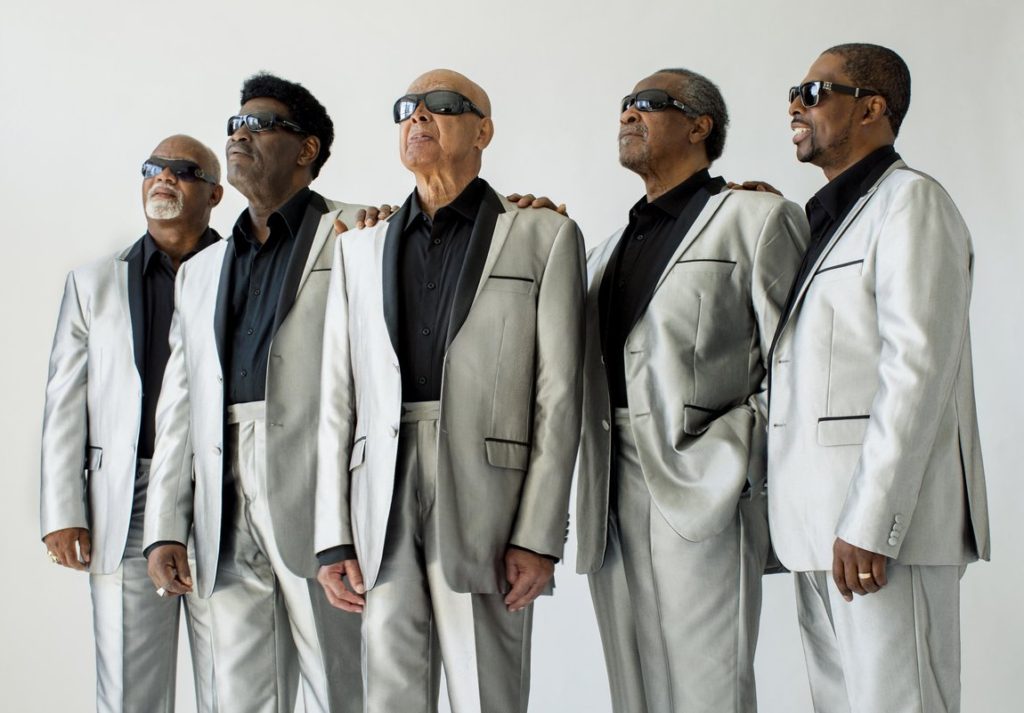 A beginning against all odds

The original Blind Boys all met at just nine years old, when singing in the school choir at the Alabama Institute for the Blind in Talladega. As young, African-American vocalists growing up in the South during the Jim Crow era, the group was no stranger to the hardships of discrimination, or diminished opportunities for individuals like them. “They were sent to a school where the expectation for them was to one day make brooms or mops for a living,” said band manager Charles Driebe, in an interview from the band’s website. “But they’ve transcended all that. The arc of their lives reflects the arc of a lot of changes in American society.” Moreover, Blind Boys has never seen their disability as a crutch. In an interview with Mother Jones, they summed it up beautifully: “It’s not about what you can’t do. It’s about what you do. And what we do is sing good gospel music.”

While Blind Boys of Alabama has always stayed true to the deep-rooted traditions of gospel, they have spent a majority of their career alongside icons like Ray Charles and Sam Cooke crossing over into pop music. Nonetheless, the magnetic style of their music has always been unique. They are known as one of the pioneers of gospel’s “jubilee” style of singing, a more upbeat and rhythmic version of the genre. By incorporating features of blues and rock-n-roll, Blind Boys has created an enduring breed of gospel, suiting covers of artists like Mick Jagger and Tom Waits, as well as performances alongside Lou Reed, Stevie Wonder and Prince. Their 2013 album, I’ll Find a Way, was produced by Justin Vernon, chief songwriter and mastermind behind Bon Iver, and featured excursions into folk, chamber pop and blues. ‘Way Down in the Hole’ is perhaps their most well-known song to younger generations, after it became the instantly recognizable theme song for HBO’s hit show, The Wire.

A passion for equality

While Blind Boys’ career itself is testimony to the power of resilience, the group has always channeled their creative forces for the greater good. During the civil rights movement in the 1960s, they often performed at rallies and public events with Dr. Martin Luther King, Jr. In recent years, the members have been vocal proponents for disability organizations, fundraising for the American Diabetes Association and the American Foundation for the Blind. The group performed at events like a Hurricane Katrina relief concert, organized by the Gospel Music Association, as well as Amnesty International’s 50 year-anniversary. Their continued dedication to causes is fueled by a love of equality and coming together. In an interview with Southern Edition, they said, “People don’t realize that we need one another…that’s why we sing (songs like) ‘Give A Man A Home.’”

A force to reckon with

Blind Boys of Alabama has been recognized numerous times by the music industry and received several awards for their historic contributions to gospel music. They’ve won six GRAMMY awards—five for Best Traditional Soul Gospel Album and one as a Lifetime Achievement Award. The Gospel Music Association has awarded them four times for best album, while the National Endowment for the Arts (NEA) bestowed them with a National Heritage Fellowship in 1994. In 2010, former President Barack Obama invited them to In Performance at the White House: A Celebration of Music from the Civil Rights Movement, where they shared the stage with Bob Dylan, Smokey Robinson and Joan Baez, among others.

With no intent of retiring anytime soon, it’s clear that the Blind Boys continue to be a tremendous presence—not just in gospel, but across music at large. As the group gets ready to make their way across seven Levitt venues this summer alongside Paul Thorn, the magnitude of these performances will be a force to reckon with. The Levitt Foundation is honored to provide a platform for these talented and distinguished legends in 2018!