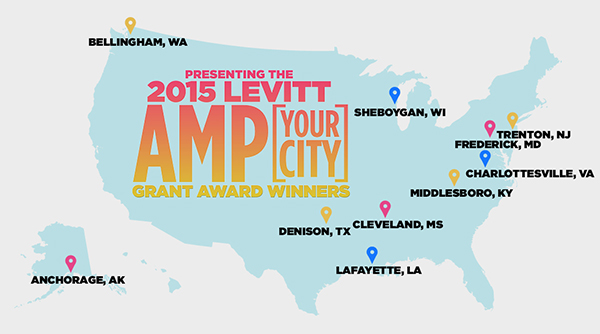 WHO was invited to apply for up to $25K in matching funds?
U.S.-based nonprofit organizations, and municipalities partnering with a nonprofit, serving cities with metro populations of up to 400,000.

WHAT were project proposals asked to demonstrate?
A deep commitment to “Levitt AMP” goals:
– Amplify community pride and the city’s unique character
– Enrich lives through the power of free, live Music
– Illustrate the importance of vibrant public Places

WHERE: From sea to shining sea!

And without further ado, the Levitt AMP Grant Award winners (in alphabetical order):
The 10 Levitt AMP grant recipients were selected based upon the projected impact of their proposed concert series, feasibility of implementation, displayed community support, and overall alignment with the goals of Levitt AMP.

Bellingham, WA
The Downtown Bellingham Partnership will present the Levitt AMP [Bellingham] Music Series in two locations—at the underused Maritime Heritage Park and on Bay Street, expanding upon their efforts to use the arts to revitalize and improve their downtown. 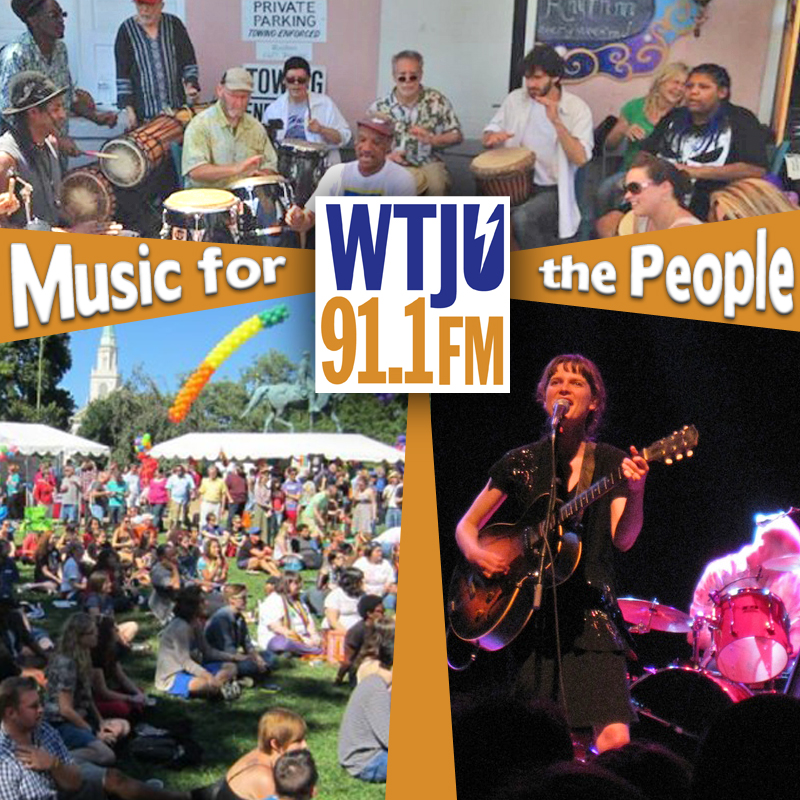 Lafayette, LA
The Lafayette Public Trust Financing Authority will bring new life to The Park at the Horse Farm with the Levitt AMP [Lafayette] Music Series, reinvigorating this beloved undeveloped piece of Cajun Country recently saved from commercial development by a community-wide effort.

Sheboygan, WI
The John Michael Kohler Arts Center will bring life to a new public space on the site of a former Boston Store, using the Levitt AMP [Sheboygan] Music Series to bring diverse audiences together and create a vibrant, public space in the city’s downtown core in need of rejuvenation.

Trenton, NJ
Trenton Downtown Association will use the power of the Levitt AMP [Trenton] Music Series to enliven the unused and historic Capitol Green public space, igniting community pride in the State’s Capital and encouraging residents to engage with the city’s rich cultural and historical offerings.

What’s next?
Collectively, the 10 winners will present 100 free concerts in 2015 as part of the Levitt AMP Music Series, which will feature a diverse lineup of high caliber entertainment, in keeping with the hallmarks of the signature Levitt program.

While the selection process has come to an end, this exciting new program is just getting started! We cannot wait to see these projects come to life and invigorate public spaces from coast to coast.

Congratulations to all the winners of the Levitt AMP [Your City] Grant Awards!

2 thoughts on “Winners Announced for the Levitt AMP [Your City] Grant Awards!”