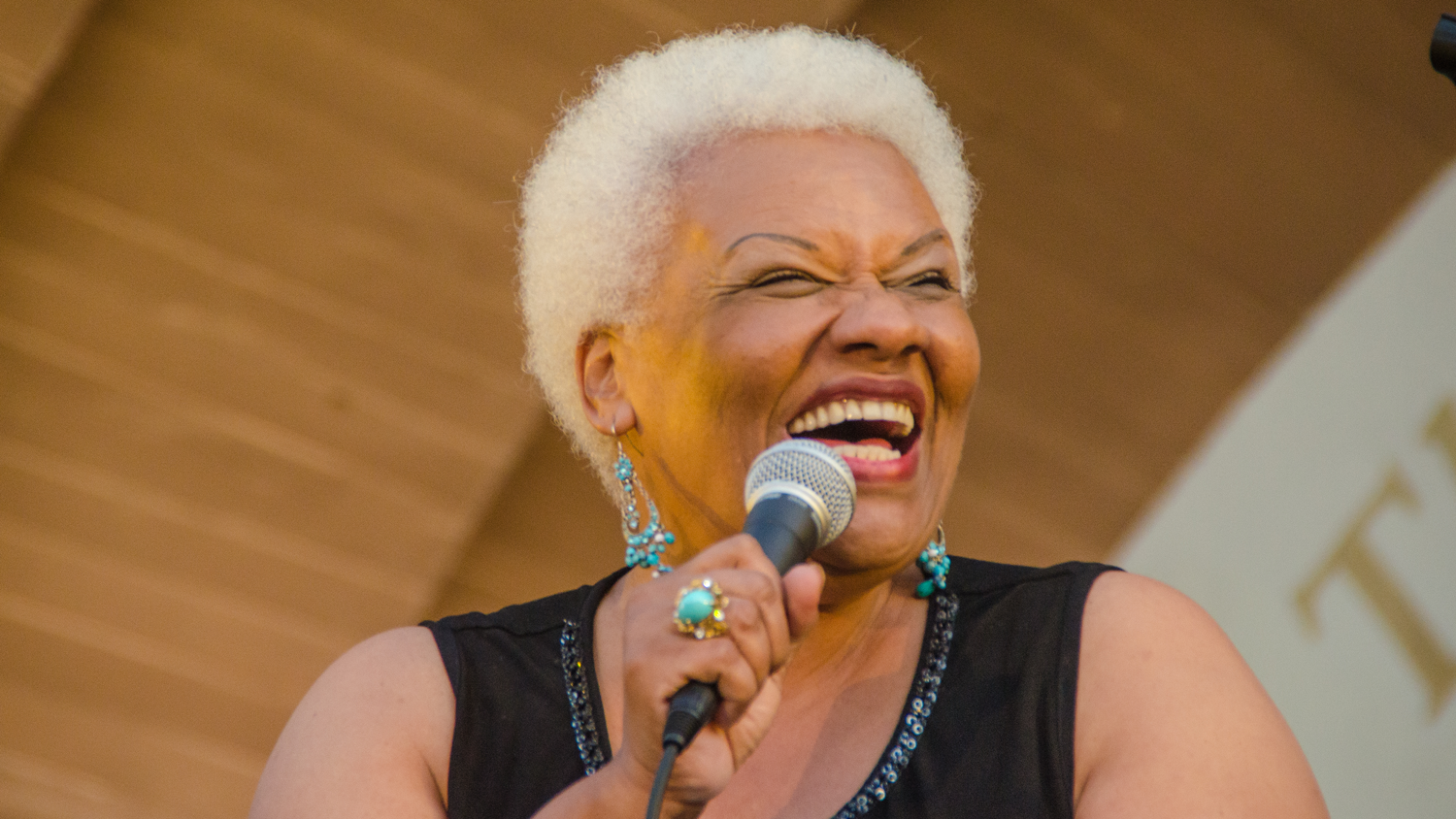 Levitt venues have seen many a jazz artist grace their stages, each with a unique take on this rich genre. Some of these acts have even performed alongside jazz’s most influential musicians and are major players in their own right, having made significant contributions to the genre. While it’s impossible to choose our favorite jazz acts, here are four to start with—all of whom played Levitt stages over the years! END_OF_DOCUMENT_TOKEN_TO_BE_REPLACED

Last year, legendary percussionist, Pete Escovedo delighted audiences at Levitt Pavilion Pasadena when he brought one of his sons onto the stage as a surprise guest.

This Sunday, he’s opening the season with another one of his famous children: GRAMMY-nominated percussionist and pop singer-songwriter, Sheila E.

For decades now, both have blazed musical trails—Escovedo as a member of Santana and bandleader of influential Latin jazz band Azteca, as well as his own Pete Escovedo Latin Jazz Orchestra, and Sheila as both a solo act and touring musician with artists like Prince, Marvin Gaye, Lionel Richie, and Diana Ross. Together, they have been making music for almost the entirety of Sheila’s life; she began playing her father’s instruments at the age of three and made her onstage debut two years later, when he invited her to play a solo at one of his shows.

Before this Sunday’s show at Levitt Pasadena, listen to some of the Escovedos’ most memorable songs, from Sheila’s debut single written by Prince to Pete’s groundbreaking work during his long career in Latin jazz. END_OF_DOCUMENT_TOKEN_TO_BE_REPLACED

If so, you’re in luck! In honor of Cinco de Mayo we’ve created a playlist featuring some of the many talented Chicano artists who’ve graced Levitt stages over the years. END_OF_DOCUMENT_TOKEN_TO_BE_REPLACED

These words were spoken by the late, great, singing soulstress, Ella Fitzgerald, who would have turned 98 on April 25th. This simple quote speaks to the depth, creativity and freedom of expression that we celebrate this month during Jazz Appreciation Month. Over the years this dynamic genre—born out of the African American spirituals and call-and-response work songs heard throughout the south during the late 19th century—has grown into one of the pillars of American music. END_OF_DOCUMENT_TOKEN_TO_BE_REPLACED

How do you tell someone you love them?

While you can certainly say it with flowers, chocolates, home cooked meals and more, we often find ourselves turning to one of the most romantic forms of expression of all: music. And to celebrate Valentine’s Day, we’ve put together a playlist of songs about love by artists who have performed at Levitt stages across the country over the last couple of years! END_OF_DOCUMENT_TOKEN_TO_BE_REPLACED