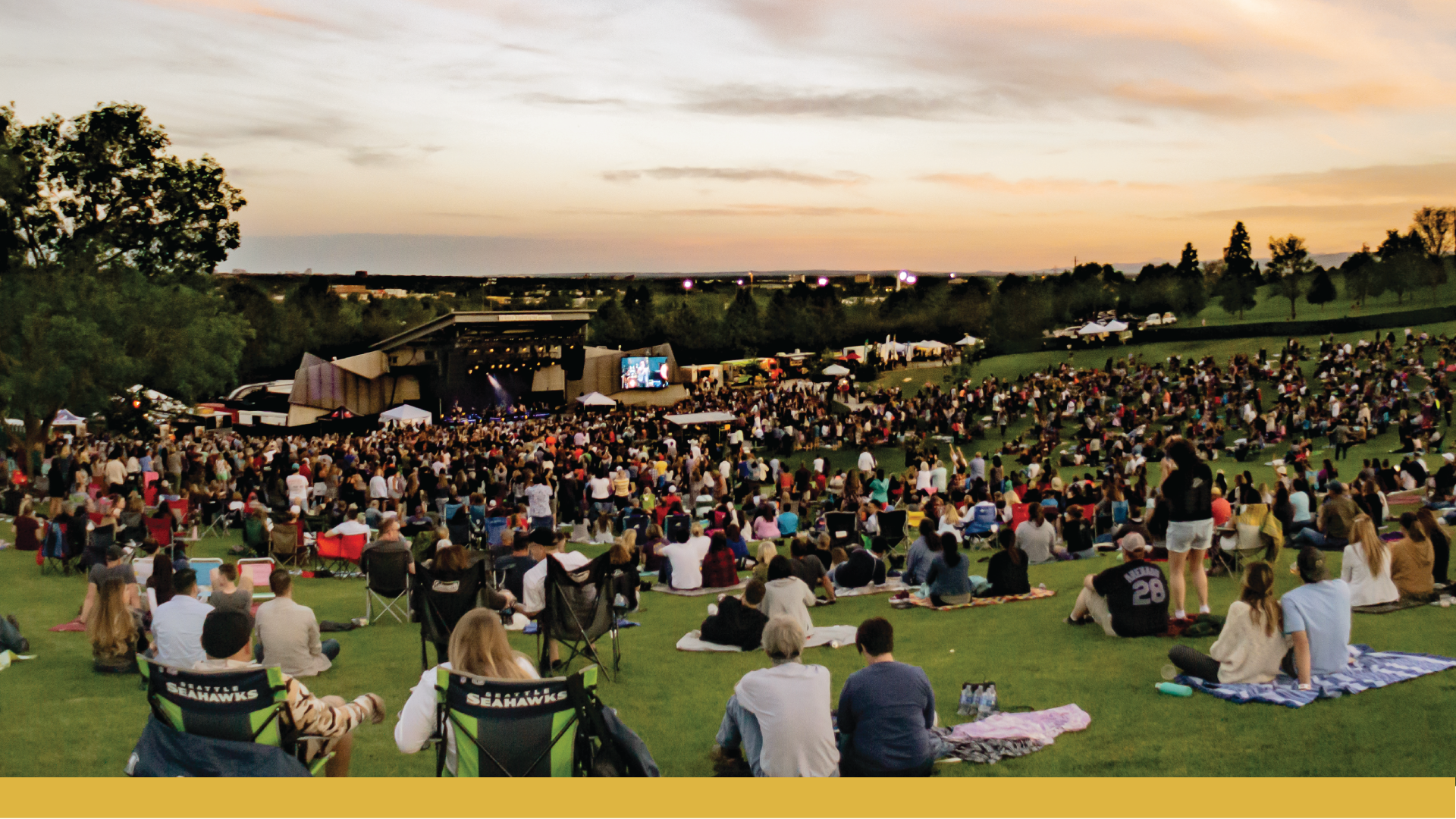 What is, and what should be, the role of the arts in communities undergoing change?

A new white paper, Listening to the Music of Community Change: Findings from a Pre/Post Research Study at Levitt Pavilion Denver, examines to what degree the development of a new cultural asset like an outdoor music venue plays a role in per­ceptions of a neighborhood and park over time, using Levitt Pavilion Denver as a case study. The study’s release follows a pandemic-fueled wave of interest in public spaces and offers timely insights for civic leaders, practitioners and funders seeking to build more equitable and thriving public spaces.

Commissioned by the Mortimer & Mimi Levitt Foundation and conducted by Slover Linett Audience Research, the study focuses on Denver’s Ruby Hill neighborhood, a largely residential, predominantly low-income Hispanic/Latinx community. Reflecting on fieldwork conducted during the “pre” phase of the research in 2013 (before design and construction of Levitt Pavilion Denver began) and the “post” phase in 2019 (during the pavilion’s third concert season), the white paper explores shifting perceptions of Ruby Hill Park, the local area, and the pavilion through the lens of lived experiences of local residents and park users before and after the cultural asset came into being; the role of collective memory in shaping attitudes toward the arts investment; and how equitable practices and processes can further a sense of belonging while fostering long-term investment in the community.

The new report is a case study of how a creative placemaking project can be positioned and programmed to become a community asset that is reflective of a neighborhood’s local character and inspires community attachment, while also being responsive to the dynamism of a rapidly growing and changing metropolitan area.

“As we reflect upon a year of tremendous challenges, loss and hardship, when many of our country’s inequities were laid bare, the role of the arts in fostering community and a sense of belonging has taken on even greater importance,” says Sharon Yazowski, executive director of the Levitt Foundation. “This research has already informed our work, as we hope it will inspire others, to broaden inclusionary practices and support creative placemaking in communities undergoing change, with equity at the forefront.”

The Levitt Foundation focuses its funding and research on creative placemaking, believing in the power of public spaces to create a more just and equitable society, and the power of the arts to inspire joy, nourish well-being and create shared community experiences that foster connections. The Foundation partners with communities across the country, providing grants to activate underused public spaces through free, live music. In addition to its grantmaking, the Foundation has been part of the creative placemaking field’s dialogue and evolution and has committed to research and critical self-reflection, both to contribute to the field and to inform its own programs and practices.

In 2013, the Levitt Foundation commissioned Slover Linett to conduct a three-part study to better understand and document the impact of permanent Levitt music venues, focusing on community-lev­el outcomes such as accessibility of the arts, community engagement, neighborhood vibrancy and perceived safety and livability. The first two parts of the study were published as a white paper in 2016, Setting the Stage for Community Change: Reflecting on Creative Placemaking Outcomes. Among other findings, that report explored how the experience of free Levitt concerts fosters social interactions within groups and across demographic boundaries, which, in turn, builds social capital.

The 2021 white paper presents the third part of the research, a Pre/Post Research Study at Levitt Pavilion Denver, which explores the precursor to social capital—a sense of belonging. Slover Linett focused on the unique “situatedness” of Ruby Hill Park, including its location and history of use, in order to understand the pre­conditions for Levitt Pavilion Denver’s creation and how it has begun to contribute to a sense of place and overall community vitality.

Slover Linett used largely qualitative research methods—ethnographic obser­vation, naturalistic in-context interviews, standardized intercept interviews, and one-on-one stakeholder interviews—to understand the role and impact of Levitt Pavilion Denver over time and across multiple definitions of “community,” inviting a range of perspectives on the pavilion and its concerts, the park, surrounding neighborhoods, and Denver as a whole. The researchers aimed to be attuned to systemic drivers of equity and inequity in the local community context and listened for perceptions among area residents, Denver community stakeholders, and concertgoers about how Levitt Pavilion Denver has (or could) play a role in shifting those dynamics.

“This research has been a rich conversation with many voices, including longtime local residents and more recent arrivals,” says Tanya Treptow, PhD, lead author of the study and Slover Linett’s vice president and co-director of research. “By exploring these multi-layered, intersecting perspectives, we hope that this case study honors the complexity of communities and uncovers insights that can be useful to a wide range of practitioners and funders of creative placemaking and equitable arts-and-community-development projects.”

SUGGESTIONS FOR THE FIELD
The final section of the white paper includes Suggestions for the Field, co-authored by Slover Linett and the Levitt Foundation—guidance to those working in, or philanthropically supporting, a range of creative placemaking efforts, from music-based projects to those involving other arts disciplines or taking place in diverse community contexts. The Suggestions for the Field are grouped under four themes: Building on community assets; Working with complex community systems; Developing community-centered outcomes; and Supporting a sense of belonging.

Topics discussed include how the collective memory of a project’s origins may fade and be replaced by new perceptions or suppositions; the importance of setting realistic expectations of change and impact while linking to other efforts to amplify positive outcomes; acknowledging that creative placemaking work is not neutral, par­ticularly when it involves arts and cultural components that are closely tied to differing community identities; and finding ways to tie belonging within the creative placemaking space to forms of belonging outside that space, in the surrounding commu­nity.

This post was co-authored by Sharon Yazowski and Vanessa Silberman.