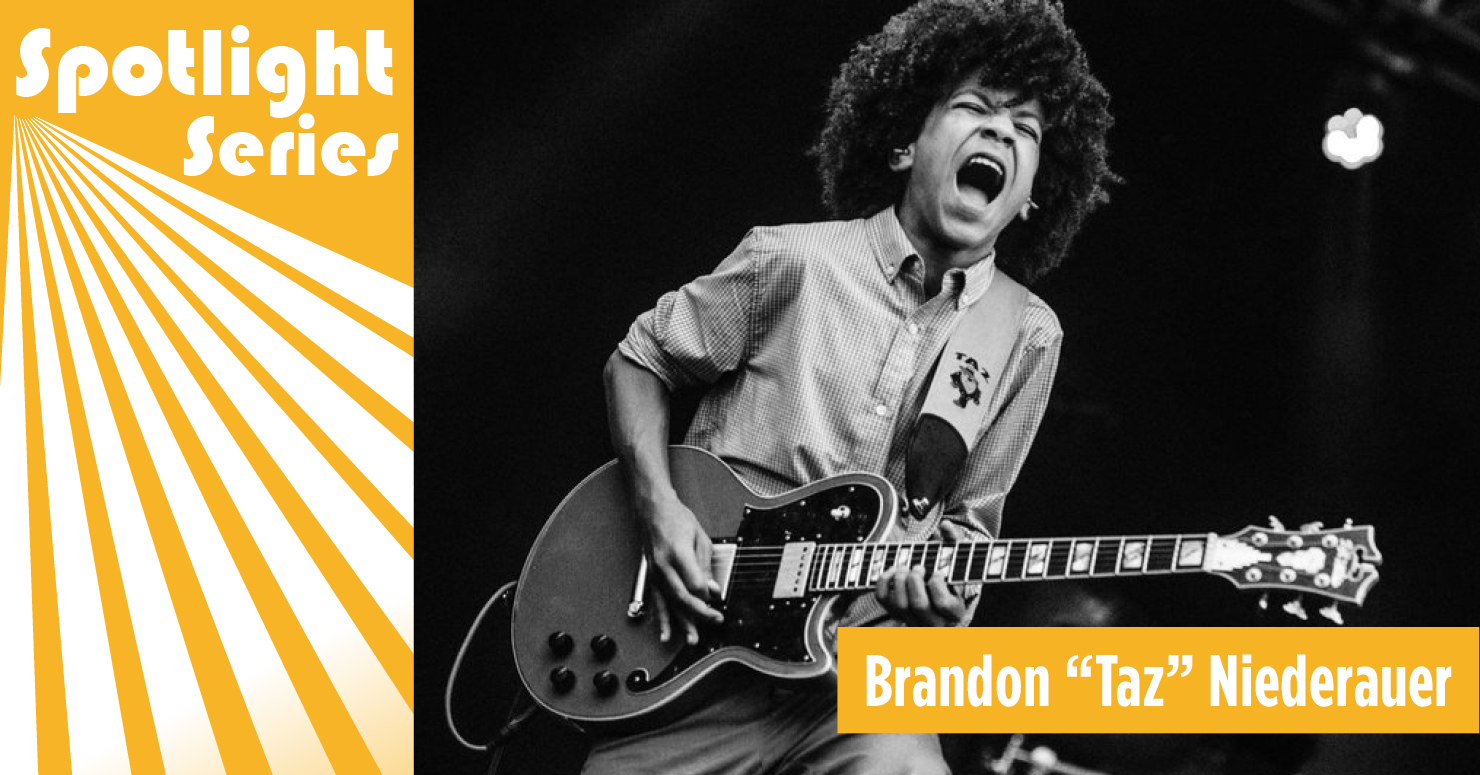 1) Feeling inspired by his father’s extensive record collection and the classic 2003 film, School of Rock, Taz first picked up a guitar at the age of eight.

2) He earned the nickname “Taz” for his ferocious guitar playing.

3) In 2013, the young musician made his national television debut on the Ellen DeGeneres Show at 10 years old.

4) His TV appearances didn’t stop after Ellen—Taz has performed on The Late Show with Stephen Colbert, Good Morning America and The View.

6) In January of 2018, Taz reunited with Andrew Lloyd Webber to perform with Sarah Brightman at The Phantom of the Opera’s 30th Anniversary Celebration.

7) He’s shared the stage with Stevie Nicks, Lady Gaga, members of the Allman Brothers Band, and countless other bands.

8) John Mayer had some kind words to say about the young guitarist, calling Taz “the first young kid who’s truly playing with the intention of a musician.”

10) He is currently featured in Spike Lee’s Netflix series, She’s Gotta Have It.

Check out Taz’s Hendrix-reminiscent rendition of “Voodoo Child” below, and if you’re in Utica, don’t miss your chance to experience this star on the rise tonight on the Levitt AMP Utica stage!