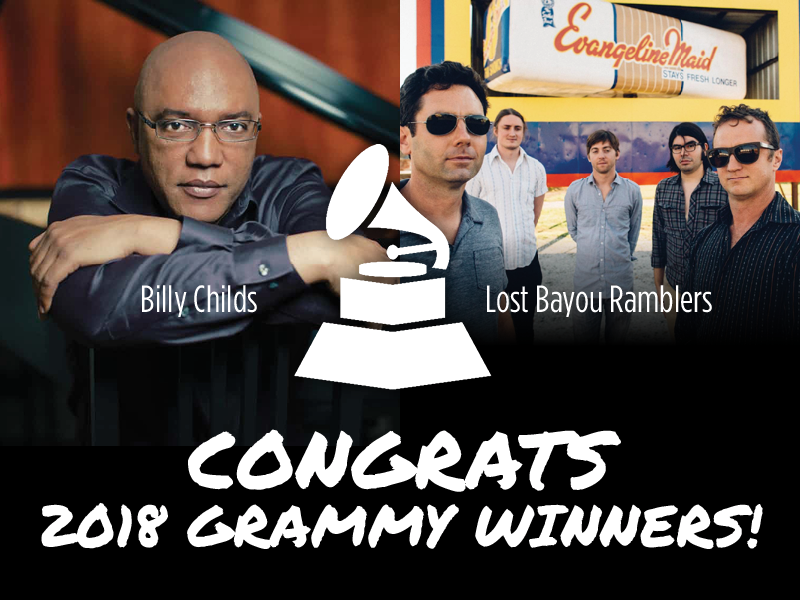 This past Sunday, nearly 20 million viewers tuned in to watch the 60th Annual GRAMMY Awards live broadcast. Music giants across the industry flocked to Madison Square Garden in New York to honor their peers. This year, 15 GRAMMY nominations went to artists who had performed on Levitt stages and we were thrilled to see that two of those artists went on to take home those prestigious gilded gramophones!

Billy Childs | Levitt Pavilion Pasadena (2011)
Multi-GRAMMY-Award-winning pianist and composer Billy Childs took home the 2018 GRAMMY Award for “Best Jazz Instrumental Album” for his album “Rebirth.” This is the fifth GRAMMY win for Childs—the first celebrating a full album. The album celebrates his many multi-faceted artistic abilities, showcasing his talent as an arranger, composer and performer (and some fun and sophisticated solos to boot!). Check out the title track from his GRAMMY-winning album below!