Over the past decade, the Levitt Foundation has helped bring thousands of free outdoor concerts to millions of people nationwide through Levitt’s transformative creative placemaking programs for communities of all sizes. The impact of permanent Levitt venues and the Levitt AMP [Your City] Grant Awards has been far reaching—activating underused public spaces through the power of free, live music; creating welcoming gathering places where people come together to celebrate the arts and their shared humanity; injecting local economies with new activity; and strengthening the social fabric of our communities, one concert at a time. 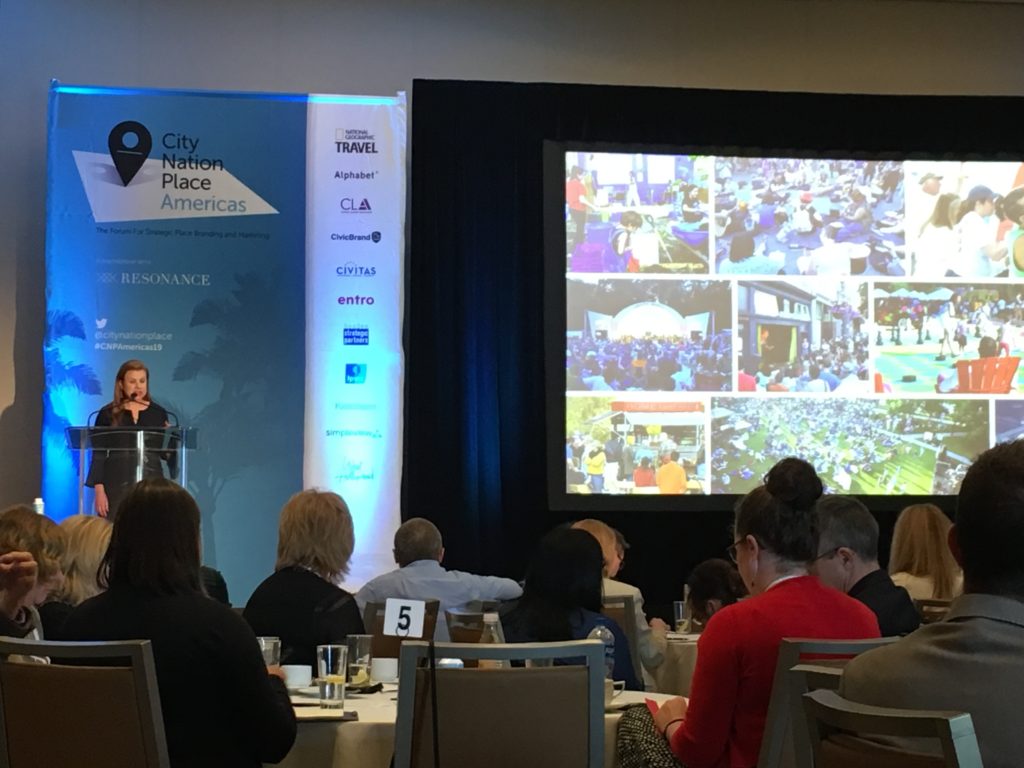 As communities large and small increasingly recognize arts investment strategies as key to building thriving, cohesive communities, Levitt’s national profile as a cause-driven funder standing at the intersection of the arts, community development and social impact has expanded. During the past two years alone, the Levitt Foundation has received invitations to share Levitt’s impact and expertise in the field of creative placemaking with thought leaders and changemakers at more than 20 national conferences across the country, including Grantmakers in the Arts, National Forum on Family Philanthropy, International Placemaking Week, City Nation Place, EcoDistricts, National Association of Development Organizations, Main Street Now, Fest Forums, Walk/Bike/Places, ComNet, Music Cities Convention, and both the National and Pacific Creative Placemaking Leadership Summits.

A sampling of recent conferences where the Levitt Foundation has presented.

As a foundation that prioritizes being responsive to the needs of communities, our close partnerships with Levitt venue partners and AMP grantees has informed how we work alongside communities, aided by findings from our multi-year research on the social impact of Levitt venues. We are constantly learning in the field, and speaking at conferences offers the opportunity to share our first-hand knowledge with a broad range of stakeholders across sectors—from arts funders, placemakers, urban planners, parks and recreation professionals, government agencies and economic development organizations to tourism agencies, private foundations, nonprofits, Main Street organizations and festival organizers, amongst others. National conferences are valuable places to connect with individuals from these fields, exchange ideas to reimagine the status quo, and advance the national dialogue on the role of arts investment strategies in creating healthy, sustainable, equitable communities. 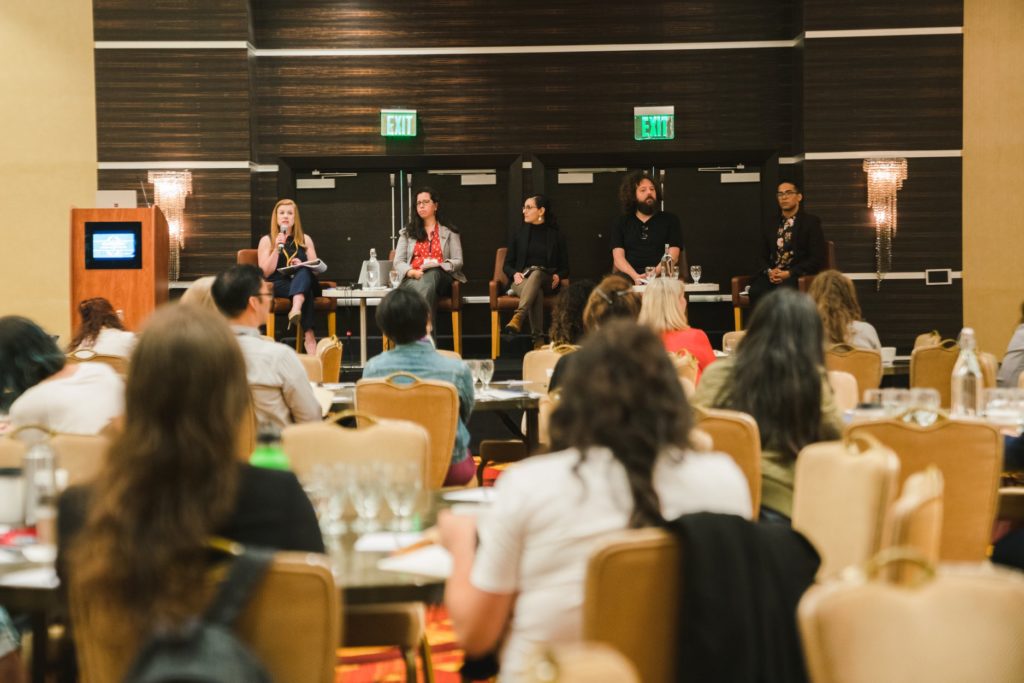 The cross-sector impact of Levitt programs means we’re able to share Levitt’s experience through multiple lenses, connecting the foundation’s work to timely issues. In recent years, we’ve shared best practices and strategies on a number of relevant topics, from creative placemaking’s potential to foster unity in divided times (“The Power of Creative Placemaking”); to developing inclusive approaches to placemaking that embrace the changing demographics of the United States (“Diversifying the Approach”); to the role of creative placemaking in sparking rural innovation and regional networks (“Cultivating Rural Innovation: An Asset-Based Approach to Revitalization”); to shedding light on what’s driving the increased demand for live music experiences (“Leveraging the Experience Economy”); to the role of a strong brand in grassroots community-building (“The Power of a Name: A Conversation about the Role and Opportunity”); to evaluating the impact of arts investments (“Arts-Based Placemaking: Measuring the Worth”); to leveraging public/private partnerships to transform underused public spaces via the arts (“Levitt and Public/Private Partnerships”). Whether through plenaries, panel discussions or deep-dive workshops, the Levitt Foundation is sharing its approach through various angles, inspiring leaders to place arts investments strategies at the center of community development and revitalization efforts. 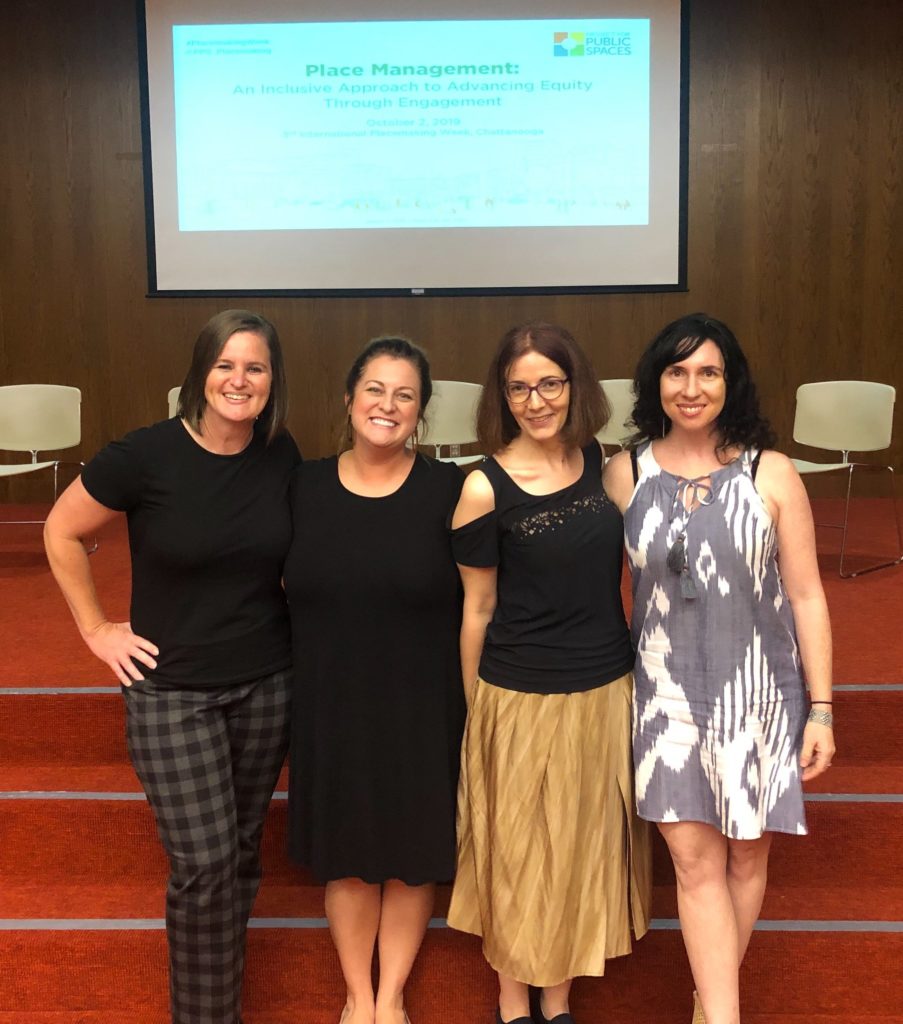 National speaking engagements have also provided meaningful platforms for Levitt partners and grantees to share their stories, bringing attention to the incredible impact being realized in their communities through the Levitt program. Just last month, for example, Levitt AMP Utica grantee Michelle Truett joined me, alongside Elena Madison of Project for Public Spaces and Jill DeLozier of the Oklahoma City Downtown Partnership, for a panel on fostering inclusive approaches to community engagement at the 3rd International Placemaking Week conference in Chattanooga, Tenn., a gathering of about 400 placemakers from around the world. Truett shared her multi-layered approach for making the Levitt AMP Utica Music Series welcoming to all, especially the city’s sizable refugee population. Also last month, Levitt Pavilion Los Angeles team members Allegra Padilla and Oliver DelGado joined Levitt Foundation Executive Director Sharon Yazowski and myself at the Grantmakers in the Arts annual conference in Denver for a rich dialogue on catalytic arts investments in an underserved and underresourced neighborhood. 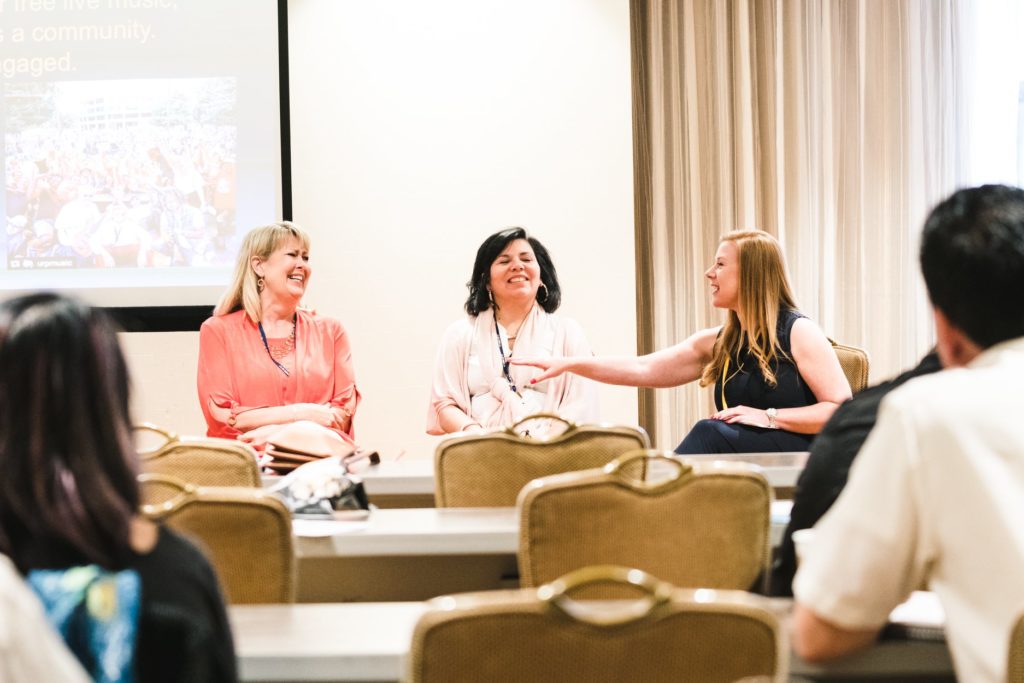 And back in June, Friends of Levitt Pavilion Arlington’s former Executive Director Patti Diou and Levitt AMP Carson City grantee Gina Lopez Hill, who is the executive director of the Brewery Arts Center, joined Yazowski for a panel at the Creative Placemaking Leadership Summit: Pacific in Los Angeles where they shared how the Levitt Foundation’s partnership approach to grantmaking inspires supportive collaborations and sustained impact.

Reflecting our collaborative approach with Levitt partners and grantees, the Levitt Foundation is honored to share what we’ve learned with wide-ranging audiences on the conference stage—which is also a testament to how the Levitt program in rural and urban communities is more resonant than ever. As our work continues, we look forward to sharing the Levitt Foundation’s experiences, expanding our circle with new friends while deepening the dialogue among our existing networks about arts investment strategies that address many of today’s most pressing issues, ultimately shining a light on the power of free, live music to strengthen the social fabric of communities.