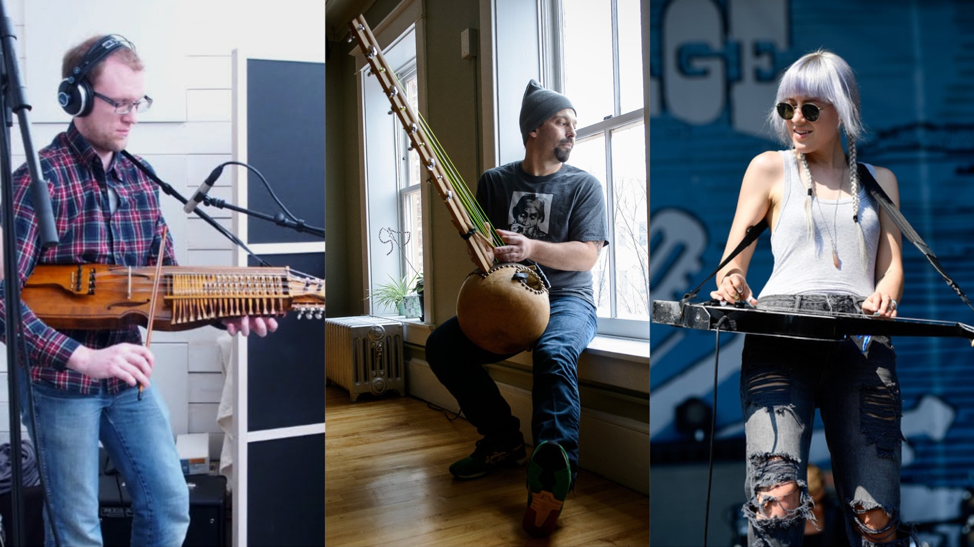 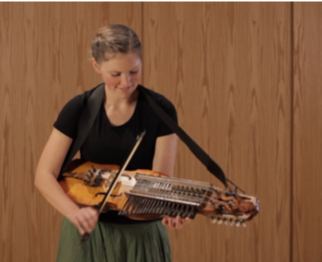 Also known as the “key fiddle” in English, the Nyckelharpa is a traditional Swedish musical instrument that dates back to the 1300s. The modern version—which looks much like a fiddle—has 16 strings, four of which are played with a short bow in the right hand. The remaining 12 vibrate sympathetically, giving the instrument its unique, resonant sound. It also has 37 keys arranged into three rows. Like the piano’s playing mechanism, when the Nyckelharpa’s keys are pressed, a small, wooden post comes into contact with the string, changing its pitch.

Though they had a resurgence in the 1960s, today Nyckelharpa players are incredibly rare, with roughly 10,000 in Sweden and around 175 in the United States. Levitt AMP Galva concertgoers were lucky enough to see one of Sweden’s most popular players, Anders Bergsten, who took the stage with Swedish folk quintet Jaerv this summer. 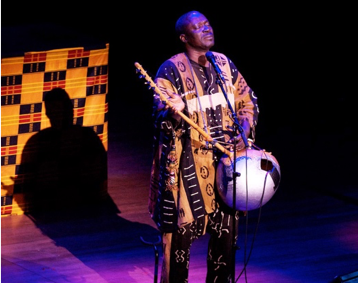 Widely believed to be an ancestor of the modern-day banjo, the n’goni is a West African string instrument dating back to at least 1352. The instrument’s drum-like body can be created by a gourd or fashioned out of wood, with a dried animal skin stretched over it. A long, wooden neck extends from the body, with adjustable fishing line strings fastened to it by thin leather strips. Traditionally, the n’goni’s layers of deep, resonating sounds and quick-paced melodies accompany the stories of West African griots or storytellers. Today, the n’goni can be found complimenting a wide range of music in solo, duet and ensemble settings. Levitt AMP St. Johnsbury audiences were treated to the instrument’s enchanting sounds during a summer performance by Barika—a Vermont-based group who delighted concertgoers with their rich blend of indie and psychedelic infused West African music. 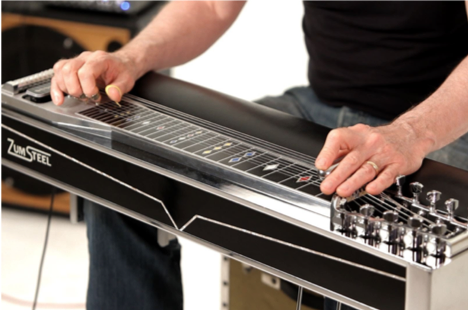 Originally called the Hawaiian guitar, the lap steel is a type of guitar with six or eight strings, raised about a half inch above the neck. Rather than pressing the strings to make contact with the neck, a lap steel player changes pitch by sliding a piece of metal along the strings with their left hand while plucking out notes with their right hand. The instrument is typically played either on the player’s lap or on a stool in front of them—though some players (like Larkin Poe’s Megan Lovell) play standing up with the lap steel supported by a strap around their neck.

It’s widely believed that the lap steel was invented in 1885 by a man named Joseph Kekuku. He is said to have picked up a metal bolt while walking along a railroad track, slid the metal along the strings of his guitar and developed a playing technique after being intrigued by its unique sound. Since the late 1800s, the instrument has been adapted to genres ranging from Hawaiian to blues to rock ‘n’ roll. Levitt AMP Middlesboro can look forward to hearing a lap steel rocking out at Larkin Poe’s performance on August 29th!