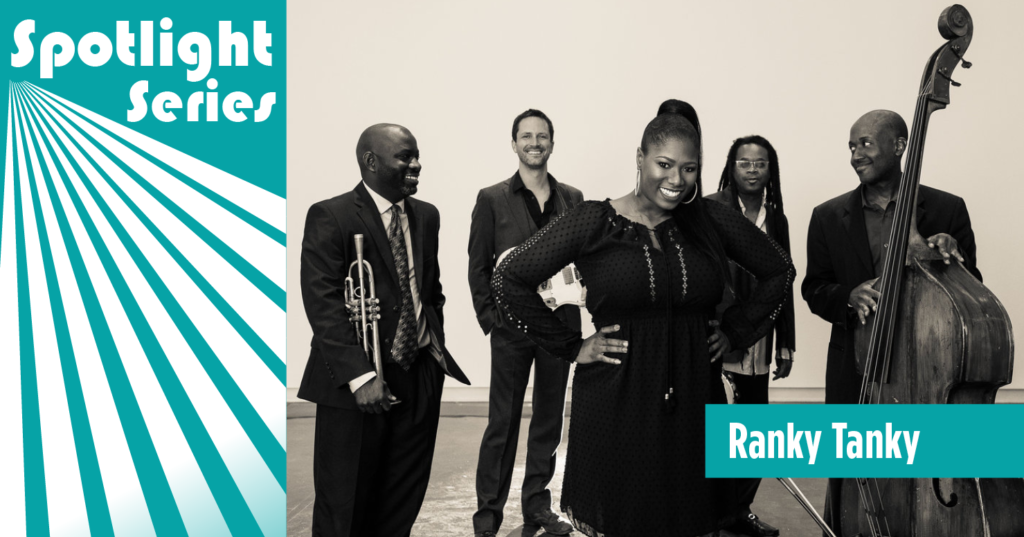 Tomorrow night, the soulful sounds of contemporary Gullah music will fill Levitt Pavilion Westport, when South Carolina-based quintet Ranky Tanky takes the stage! Ranky Tanky celebrates the rich, multifaceted musical tradition of the Gullah (pronounced “guh-luh”)—a West African term translating to “a people blessed by God” that was born out of the transatlantic slave trade, and a cultural heritage that is still thriving in the Caribbean and the southern coastal areas, like the South Carolina coast and Sea Islands.

Made up of South Carolina natives, Ranky Tanky celebrates Gullah heritage with lively, heartfelt performances of songs, spirituals, dance music and children’s music popular in Gullah culture. In a recent NPR interview with “Fresh Air” host Terry Gross, the band’s trumpeter and singer Charlton Singleton shared that some of his earliest memories of live music were listening to his grandfather, “Big Daddy”—a direct descendant from the Gullah people on South Carolina’s Capers Coast—stomping one rhythm on the floor, clapping out a secondary rhythm with his hands and singing a sweet, playful tune to his grandchildren. Unlike traditional music, which is generally created by the three sounds described by Singleton (stomping, clapping and vocals), Ranky Tanky’s music also incorporates trumpet, guitar, bass and percussion. Beyond instrumentation, the band brings their own unique flavor to Gullah music by drawing upon their diverse musical backgrounds, weaving in elements of jazz, folk, gospel, R&B, funk and soul. “Ranky Tanky” is a West African term that loosely translates to “Work it” or “Get Funky”—with their tight harmonies, soaring vocals, driving bass lines and danceable beats, that’s just what they do! It’s no surprise, that their acclaimed, debut self-titled album (2017) climbed to the number one position on the Billboard, iTunes and Amazon Jazz Charts.

If you happen to be in Westport, Conn., this weekend, don’t miss your chance to experience Ranky Tanky’s one-of-kind celebration of Gullah music! For those of us who can’t be there, enjoy this video of Ranky Tanky “workin’ it.”