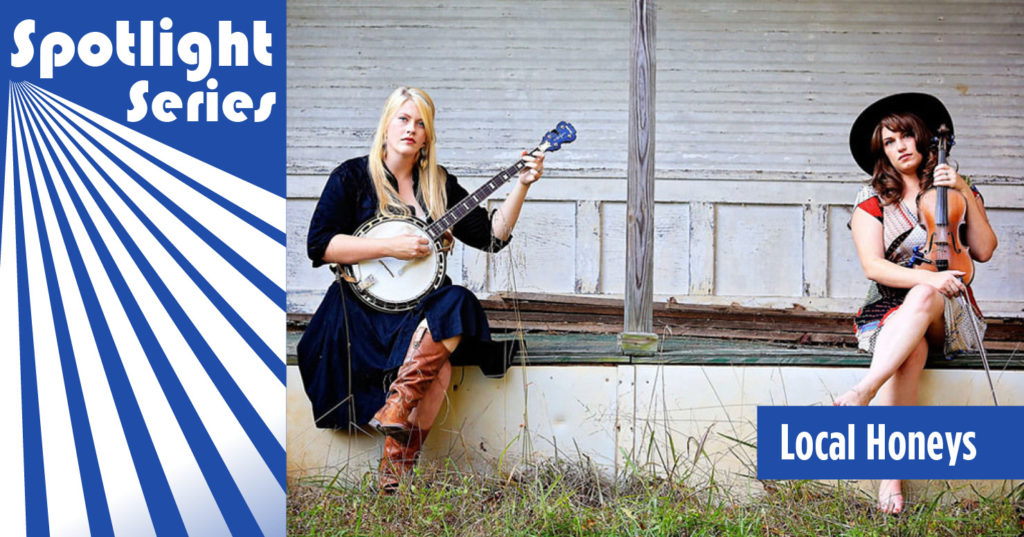 Tonight, bluegrass powerhouse duo Local Honeys will take to the Levitt AMP Whitesburg stage, treating audiences to the warm, nostalgic sounds of an old-time Kentucky string band that seamlessly glides between impeccable originals and heartfelt covers of crowd-favorite standards. Comprised of Kentucky natives Linda Jean Stokley and Montana Hobbs, the songstresses’ lush and tight vocal harmonies, vivid lyrical storytelling and unflinching technical skills have brought them to the forefront of the Appalachian Music scene. Teeming with equal parts humor, heart and ‘things little girls are told they ought not say,’ the duo’s debut Little Girls Actin’ Like Men (2016) was met with glowing reviews. As the Bristol Herald Courier put it, “Encircled with pride and graced with grit as driven by a couple of emblazoned talents, the Local Honeys charge forth as a pair of incontrovertible lions with something to say.” In anticipation of tonight’s show, we’re bringing you five fun facts about these one-of-a-kind Appalachian raconteurs!

Levitt AMP Whitesburg audiences are in for quite a treat with this dynamic duo! If you’re in the area, be sure to RSVP for tonight’s show and get ready for some top-of-the-line bluegrass magic  at the Mountain Heritage Stage!