Tomorrow is Bach in the Subways Day (BITSD), a celebration of Bach on the 330th anniversary of his birth. Musicians everywhere will be filling not just subways but all kinds of public spaces, including several near Levitt venues, with free, live performances of his music, increasing classical music’s accessibility to the public.

Since it was founded in 2011, the annual event has grown from one man’s quest to perform the Bach Cello Suites in New York City to an international movement spanning 129 cities and 39 countries. This Saturday, performances will be held on every continent except Antarctica, with participants ranging from Seattle, Washington, to Sydney, Australia, to Llandudno, Wales.

There are few restrictions as to who can perform; all ages and skill levels are welcome. Aside from being required to play any of Bach’s compositions—famous works like the “Cello Suite No. 1” and “Toccata and Fugue in D Minor” are just some of the options—during the 24 hours of the event, there are only two other guidelines for BITSD performers:

Even if you’re not a musician, you can still support BITSD by attending a performance! Here are some of the free events that will be held near the signature Levitt venues:

Just 20 minutes away from Levitt Pavilion Arlington, the Irving Arts Center will host a full birthday celebration from 7–8 PM complete with cake, a “pin the hat on Bach” game and a performance from the Lone Star Youth Orchestra.

Though it’s a bit of a drive from Levitt Pavilion SteelStacks, the Bach in 10 event from 9 AM–12 PM will feature performances from various musicians and ensembles as well as educational musical activities for the whole family.

Starting at 10 AM, Bach Society Houston will host a 12-hour Bach marathon at Christ the King Lutheran Church in the city home to the future site of Levitt Houston. 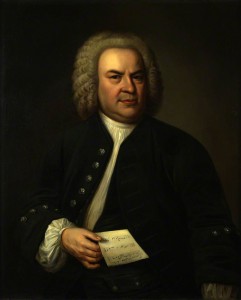 A couple miles down the street from Levitt Shell, mandolin and guitar group Duetto Memphisto will perform a selection of Bach’s greatest hits from 11:30 AM–1 PM.

While there will be several events spread through the Los Angeles area, the closest to Levitt Pavilion Los Angeles is just under two miles away at Central Library, with performances from counter-conventional professional orchestra and 2014 Levitt Pavilion Pasadena community partner MUSE/IQUE (12:10–1 PM), double bassist Frederick Charlton (1–1:50 PM) and violinist Felix Hernandez (1:45–2 PM).

Setting up shop at the site of Levitt Pavilion Pasadena will be trombonist Jonathan Gordon, performing Bach’s cello sonatas beginning with D Minor from 1–3 PM. 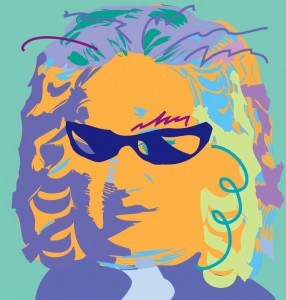 If you’re looking to attend classical music performances on the other 364 days of the year, check the schedules of your local schools, symphony orchestras and Levitt venues! This year, there will be 400+ free concerts happening in 16 cities across the country, and Levitt stages have featured performances by both youth and professional orchestras. In the next few weeks, keep your eye out for the 2015 signature Levitt venue lineup announcements and check out our Levitt AMP website for updates on the Levitt AMP Your City Music Series!