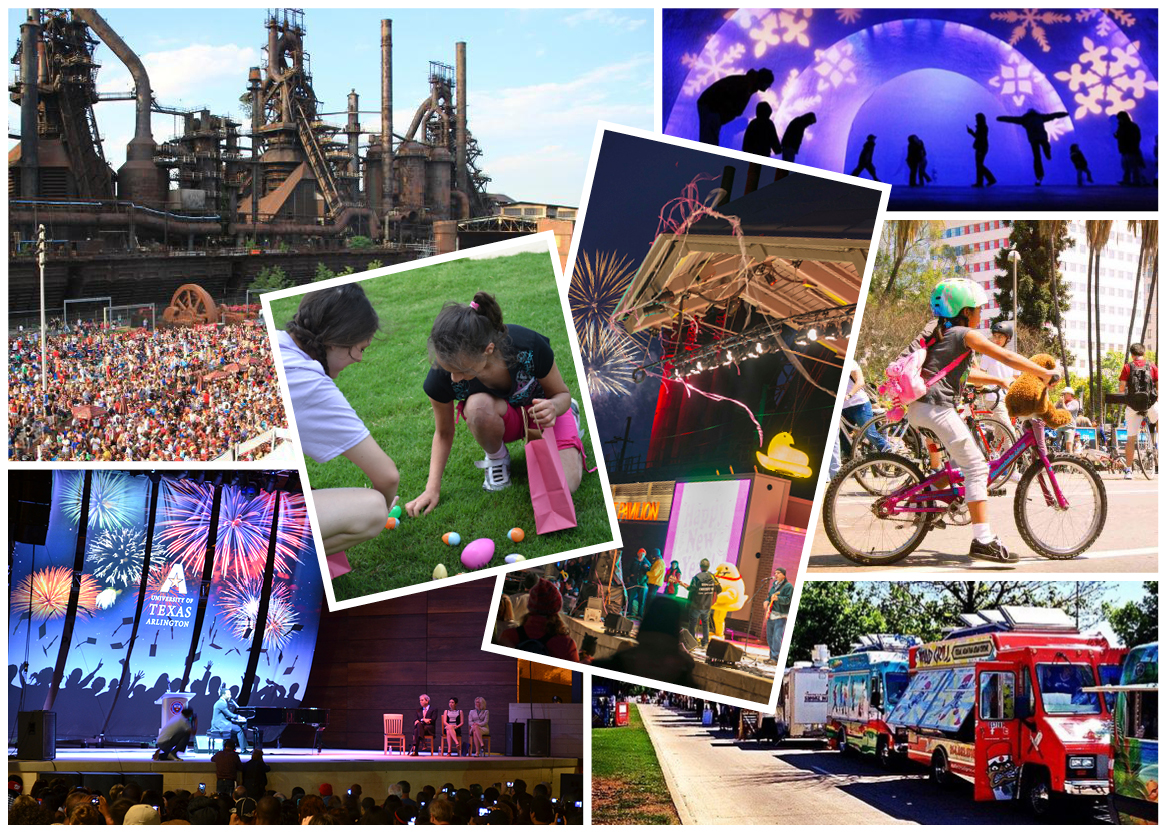 On a very different note, Levitt Arlington was also the site of a recent memorial service for a beloved local high school teacher. As a place where he and his family had always enjoyed spending time together, the Levitt was the most meaningful place to celebrate the life of this music lover taken too soon. As Cathy O’Neal, Communications Director at Levitt Arlington, explained, “It really struck home to us that this is such a big part of people’s lives now, not just where they come to hear a concert.”

Lights, holidays, action!
Ah, the holidays, those special occasions when families, friends, neighbors and entire communities come together. Every early December, thousands bundle up and flock to the twinkling streets of Arlington for the Holiday Lights Parade. After the lighting of the Christmas tree, the holiday season is officially launched with an appearance by Santa Claus himself on the Levitt stage. Over in Memphis, Levitt Shell partners with neighboring Memphis Brooks Museum of Art for the annual Holiday Light Festival. Following the daylong festival at the museum, the crowd makes their way over to the Levitt Shell for the grand finale, where audiences enjoy a dazzling light show set to holiday music.

Chances are you’ve watched the ball drop in Times Square on television, but have you ever seen a larger-than-life Peeps chick drop? To ring in the New Year, Levitt SteelStacks and ArtsQuest collaborate with Peeps, a global company based in Bethlehem, Pa., known for its sweet pastel-colored marshmallow candies. Together they bring families to Peepsfest, a New Year’s Eve celebration complete with live music and an 85-lb. illuminated Peeps chick that is dropped from a crane to create a grand spectacle for thousands. 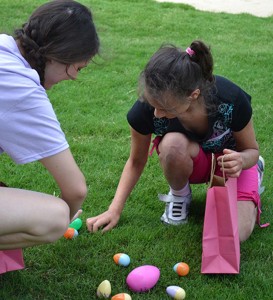 Rise and shine, tradition is calling!
Another fun time of year is the spring, a time when actual Peeps begin to appear on grocery store shelves with the Easter holiday approaching. Levitt SteelStacks hosts a traditional Easter egg hunt while Levitt Arlington works with community partners to bring the Beeper Easter Egg Hunt to life, a special hunt for blind and visually impaired 1st – 6th graders and their siblings, complete with beeping eggs. And in Memphis, Anne Pitts, executive director of Levitt Shell, worked with the faith community at large to rekindle the longstanding tradition of an interfaith sunrise service at the Levitt Shell on Easter mornings. 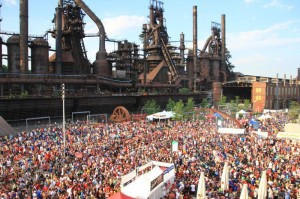 World Cup, foodie culture and other fun cultural phenomena
Can you remember the last time you cheered at the top of your lungs surrounded by a crowd of fellow fans? Perhaps at a concert or sporting event—or maybe a combination of both? This past summer, the USA’s participation in the World Cup created even more opportunity for community events at Levitt SteelStacks, which—together with organizer ArtsQuest and several community partners—hosted a series of watch parties over two long weekends, complete with jumbo screens, soccer clinics and live concerts following the matches. Julie Benjamin, executive director of Levitt SteelStacks, explained how it was such an excellent way to “activate all of the space’s assets.”

In addition to presenting the games via giant screens for communal viewing, two Levitt Steelstacks community partners, Good Shepherd Pediatrics and Lehigh Valley United, presented soccer clinics for children with disabilities. And following several games, Levitt SteelStacks used its stage to showcase musical acts honoring the different countries that had played that day: Alo Brasil (Brazil), The Wholigans (England) and The Apollo Orchestra (Greece). ESPN did live look-ins at the USA vs. Ghana game, showing 8,000 cheering fans in full regalia. Over the course of the two weekends, approximately 35,000 community members gathered at SteelStacks, with many staying for the free concerts.

Even in a city like Los Angeles, a city that loves its cars, bicycling is becoming more and more popular. Levitt Los Angeles has been an active participant in Ciclavia, a daylong celebration of bike culture, since its inception in 2010. During Ciclavia, which now takes place four times a year (each season), busy Los Angeles streets that are usually packed with cars are transformed into pedestrian and bike paths, with ‘hubs’ along the way—one of which has often been Levitt Los Angeles. The Levitt stage is part of the MacArthur Park hub, which has hosted radio programs, live music, face-painting, outdoor yoga, mural painting, bike repair booths, and of course, food trucks.

An hour and a half bike ride away (or about 25 minutes if you opt for four wheels), Levitt Pasadena sits near the Pasadena Senior Center. The close proximity has sparked a strong partnership, resulting in both a Tuesday evening senior concert series on the Levitt stage throughout the summer, and the popular Veterans Day Salute and BBQ which takes place annually at Levitt Pasadena. 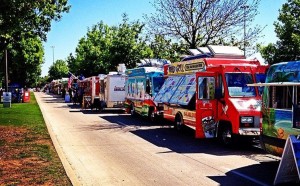 Food trucks are popular during the Levitt shows, and it’s great to see that trend continue year-round at Levitt sites. Much to the delight of Arlington foodies, ‘Food Truck Tuesdays’ takes place at Founders Plaza, the site of Levitt Arlington, during the fall. This lunchtime feast activates the Levitt lawn when the concerts aren’t in season for the workday crowd.

On evenings when concerts aren’t happening, Levitt fans in both Memphis and Bethlehem are invited to bring their picnics and watch entertaining films at the Levitt. From legendary music films such as Led Zeppelin: The Song Remains the Same and Jazz on a Summers Day to family-favorites like Frozen and Despicable Me, Levitt fans in these cities know that when the sun goes down, the movie screen comes up.

Anchoring the community year-round
The list of festivals, holiday celebrations, charity walks, graduation celebrations and other community events that take place at Levitt venues across the country goes on and on. The stories included above are only a small sampling of the countless ways Levitt sites bring people together. It’s an honor for Levitt to be a part of life moments as important as weddings, holidays and memorials. It’s also a meaningful reminder that a Levitt Pavilion is so much more than a venue for free music—it’s a year-round gathering place for the entire community.