Placemaking places people at the heart of its process—empowering individuals by giving them an active voice in shaping the spaces around them, mapping and designing their own communities. This week, we’re highlighting a few fascinating placemaking projects from around the globe that illustrate the beauty of people coming together and creating a shared vision for their community.

Ever imagine that video games could inspire urban change on a global scale? A new project called Block by Block, originally set up as a charity in 2016, bridges the gap between accessibility, play and urban space by bringing together two unlikely companions – the hugely popular adventure video game Minecraft, and UN Habitat, the United Nations’ agency for sustainable urban development. This initiative — dubbed as a “community participation tool”—is especially geared toward low-income communities in developing countries, where there isn’t a dearth of public area per se, but rather a crucial lack of walkability, cleanliness and activated, vibrant spaces. Noticing this discrepancy, Block by Block sets up workshops across the world, inviting any and all members of the community to come build on Minecraft. These workshops are makeshift computer labs set up at community centers, allowing pairs of people to work together at different video game stations. The game’s intuitive platform, where “blocks” can be used to assemble anything from a tall office building to a lush park, serves as an elegant, accessible drawing board. 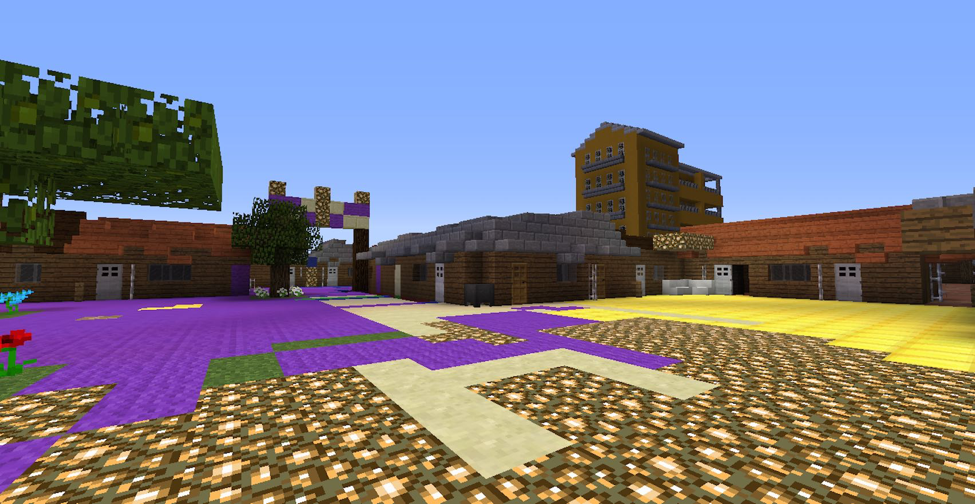 UN Habitat and Minecraft teamed up to create Block by Block, a community participation tool allowing residents in underserved communities to play minecraft and create project proposals that reconstruct unused public space in their communities.

Each player’s game becomes a detailed project proposal, allowing urban developers and infrastructure planners to carefully assess their viability. This unique, participatory practice has come to fruition in several sites: In Nairobi, Kenya, participants designed a public space with a skate park. In Mumbai, India, participants designed a lush park, with a playground, plenty of spaces to relax, and park walls adorned with messages about conserving water and energy. This park, now actually built in Mumbai’s Gautam Nagar neighborhood, is a remarkable realization of this project’s mission. In total, Block by Block has initiated projects in 35 countries across several continents, including Peru, Lebanon, Bangladesh and Kosovo. For each site, Block by Block identifies a group of 30-60 individuals who live in the area and are interested in urban redevelopment. By inviting the underprivileged, as well as people of all ages including children and seniors, to participate in the program, Block by Block involves perspectives in urban redesign that may otherwise be ignored or put aside.

Not all parks are created equal, contends the urban planning organization Design Trust for Public Space. While New York City conjures up cinematic imaginings of beautiful public spaces and long walks in Central Park or Washington Square, parks in neighborhoods like the South Bronx or the Lower East Side are not nearly as talked about, or cared for.  The organization initiated a call for proposals in April 2017, seeking placemaking solutions for these boroughs. One of these proposals is put forth by South Bronx Unite’s Community Land Trust which interprets public land quite literally – for the Bronx community to truly make public space their own, they have to own it – legally.

By slowly building a coalition of local members, South Bronx Unite plans to physically own and manage land parcels – reclaiming the responsibility of creating shared public space. One of their projects is the Mott Haven Waterfront plan – which would give South Bronx residents access to the Harlem River bank, a natural resource that has gradually been made less accessible to the public because of relentless development on the coastline. These proposals are particularly concerned with fighting disease as well—Dissent Magazine’s 2016 profile of South Bronx Unite reported that there are more than 35,000 cases of child asthma and 10,000 cases of adult asthma in their borough, due to the looming presence of polluting entities like waste transfer sites, power plants and production warehouses. Thanks to this unique instance of collaborative, activist-led community action, advocating for environmental issues and amplifying neighborhood pride is becoming more of a reality in this often-overlooked New York City borough.

The Art Within: Finding Our Voice Together

While the threats of pollution and urban blight seem far away, in Park Rapids, Minnesota, a lack of community spirit can still be a challenging problem. Thankfully, simple and thoughtful projects like “The Art Within” are showing that everyday spaces  can be important sites to reconnect and build something for the public benefit. Case in point: The Park Rapids Area Library and Hubbard County Developmental Achievement Center has begun a public sculpture project that will create a large, environmentally-friendly art piece to be hung in the public library by mid-September.

Residents of Park Rapids, MN are coming together to build a giant, DIY glass sculpture that will pay homage to artist Dave Chihuly and beautify the underutilized public library.

The inspiration for this project comes from Dale Chihuly, an avant-garde glass sculptor who is considered an innovator and mastermind in the field. Chihuly’s style is quite recognizable – he is often associated with colorful, tapestry-like pieces that display a childlike sense of wonder. Due to several accidents that left the artist blind and injured, Chihuly relies on a team of glass-blowers to collaboratively build his pieces, where he acts as the mastermind, or director. In a similar spirit, the Park Rapids Area Library is inviting the community to come to the library and use a “portable art studio”: a kit ready with tools like markers, vinyl tablecloth, plastic bottles, and other homemade DIY art materials. Ultimately, they hope to see individual pieces gradually compound upon one another to make a giant, mobile sculpture that will proudly hang from the library’s ceiling, in full display to the city. They hope it will spark conversation, beautify the space, and revitalize the underused public library.

As the above placemaking examples show, we can all become budding urban planners, public space designers and innovators in our own right. Most importantly, South Bronx Unite and Block by Block demonstrate the crucial need for giving a voice to the underprivileged and underserved when it comes to community-driven projects. Whether it’s small town America or a large, global metropolis, there’s ample room for multiple voices and perspectives when improving and revitalizing a shared space.