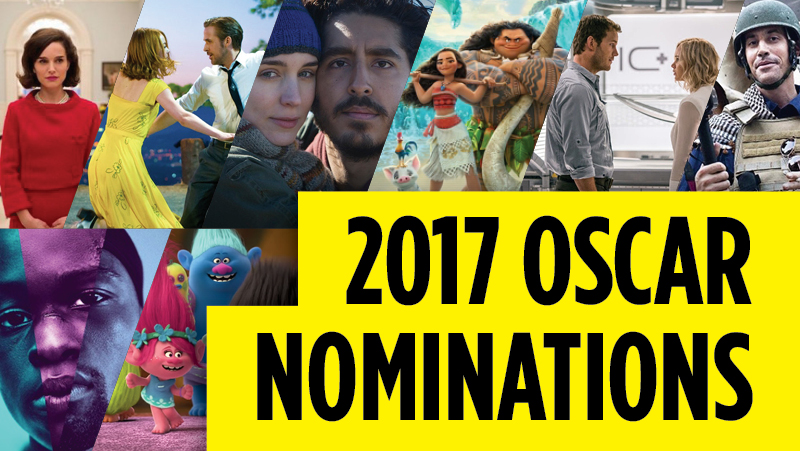 Fresh from the excitement of this month’s Golden Globes ceremony, film critics and movie lovers watched the 89th Academy Award nominations announcement this morning with plenty of predictions. As some had anticipated, musical frontrunner La La Land made Oscar history with its record 14 nominations—tied with Titanic (1995) and All About Eve (1950).

Today we had our eyes (and ears) peeled to the Oscars’ musical categories, Best Original Song and Best Original Score. Listen to this year’s nominees below!

“Audition (The Fools Who Dream)” from La La Land
Music by Justin Hurwitz; Lyric by Benj Pasek and Justin Paul

“The Empty Chair” from Jim: The James Foley Story
Music and Lyric by J. Ralph and Sting

Which of these esteemed nominees will win an Oscar? Let us know your predictions in the comments and tune into the ceremony on Sunday, February 26!