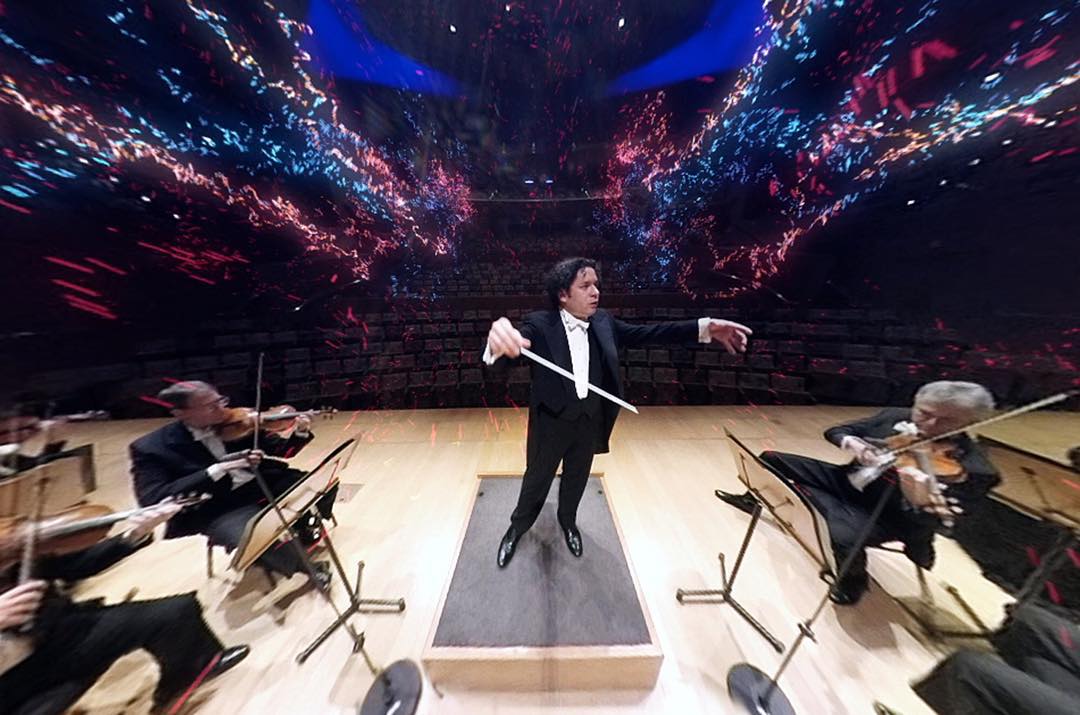 A still from the Los Angeles Philharmonic’s music video of a Beethoven Performance at Walt Disney Concert Hall, Los Angeles. Virtual reality was used to remotely broadcast the concert with visualizations.

Have you seen the new virtual reality (VR) music video for “Ogilala” by 90s rocker Billy Corgan (Smashing Pumpkins)? Or pop songstress Bjork’s exhibition of virtual and augmented reality videos promoting her new album? Or perhaps the LA Philharmonic’s VR music video filmed at a live Beethoven performance? These are just a few examples of how a once elusive idea in technology—interactive media—is quickly becoming a new frontier for creative production in music.

And interactive media isn’t serving solely as music accompanist; rather, it’s helping us better understand the musical experience as a whole and re-purpose academic research in music into something far more wondrous and accessible. Today, we’re highlighting a few instances at the intersection of music and interactive media that have caught our attention for their creative ingenuity and captivating approach. Perhaps most telling, they help us explore what it means to hear, interpret and love music from an entirely new vantage point. So grab your headphones, enter full screen mode on each video and immerse yourself in these sonorous experiences.