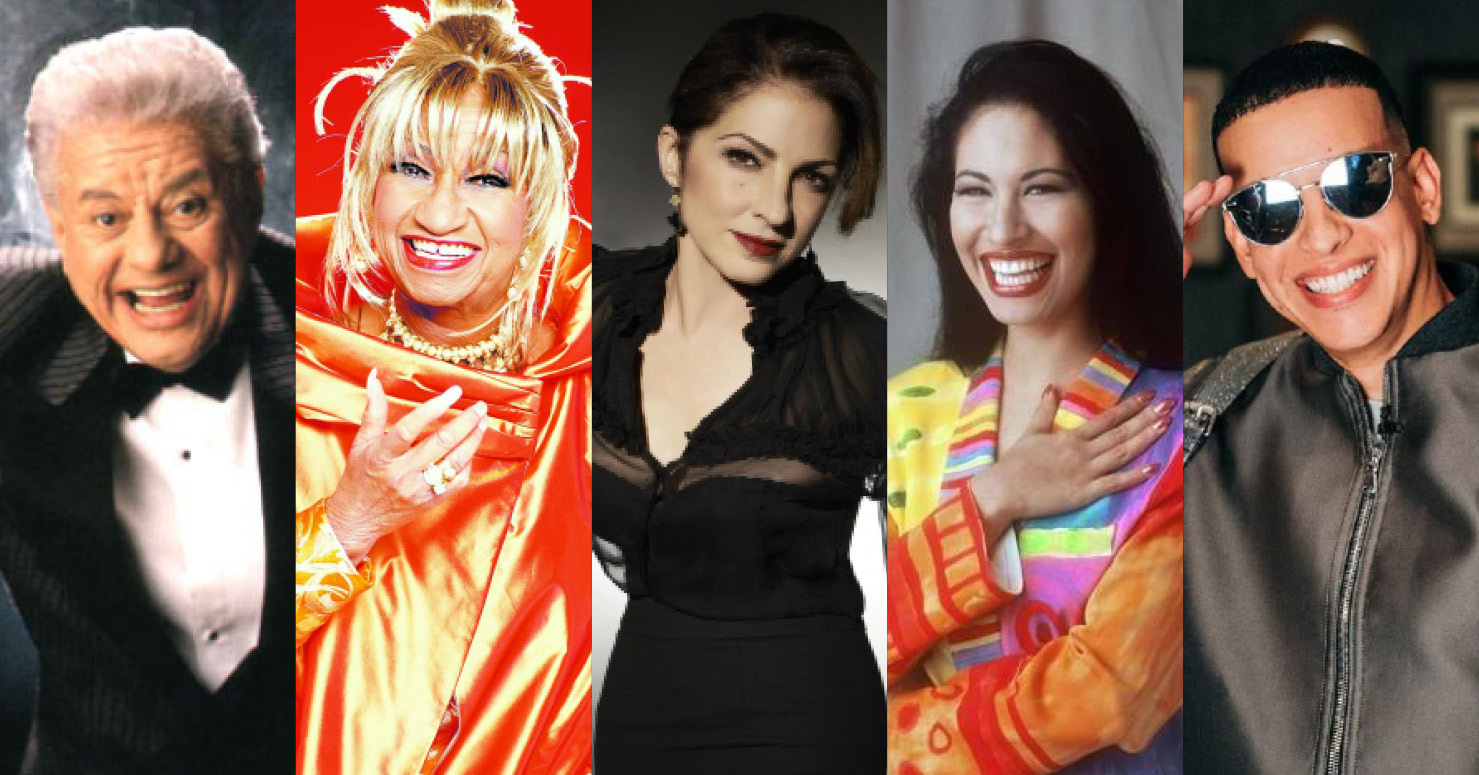 In honor of National Hispanic Heritage Month—taking place Sept. 15 – Oct. 15—we’re devoting today’s blog post to five (of the many!) trailblazing Latinx musicians who’ve shaped the landscape of modern American music. This annual observance was created in 1988 to honor the contributions, culture and histories of Hispanic and Latinx Americans. Today, Latin American rhythms, lyrics and instrumentation are staples in the popular American music repertoire. In fact, Latin music’s popularity increased so much in 2018 that it surpassed Country music in album consumption. And music industry professionals suggest that this trend is likely to continue. Today, we’re highlighting five legendary musicians who found success in the face of adversity and paved the way for this musical phenomenon.

Tito Puente was a Puerto Rican American bandleader, composer and multi-instrumentalist—and one of the leading figures of Latin jazz and salsa. As a young boy growing up in New York City’s Spanish Harlem, Puente originally wanted to be a dancer, but he turned to music after tearing an ankle tendon. After his injury, he began playing with local Latin bands in Harlem, and by the age of 13, he was considered a child prodigy by his community. He later went on to study composing, orchestration and piano at Juilliard and the New York School of Music. Praised for his electrifying stage presence, danceable Latin American rhythms and contemporary jazz fusion compositions, he was dubbed ‘The Musical Pope,’ ‘El Rey de los Tambales’ (The King of the Timbales) and ‘The King of Latin Music.’ Over his 50-year career, he performed with artists like Celia Cruz and Quincy Jones, and recorded 120 albums. Puente received eight GRAMMY nominations, a star on the Hollywood Walk of Fame, a Billboard Latin Music Lifetime Achievement Award, a GRAMMY Lifetime Achievement Award, a National Medal of Arts and an invitation to be inducted into the International Latin Musical Hall of Fame. 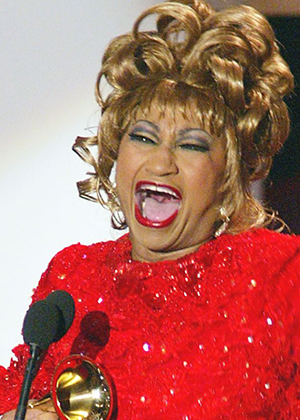 ‘The Queen of Latin Music’ Celia Cruz is one of the most popular Latina musicians of the 20th century. Cruz rose to fame in Cuba during the late 1940s singing guaracha, a Cuban music genre known for its quick tempo and comedic lyrics. After originally studying to become a teacher in Havana, Cruz decided to follow her passion and pursue singing. She found success in 1950 as the lead singer of La Sonora Matancera, performing and touring all over South America. The Cuban Revolution of 1960 forced the group to leave for Mexico, where they performed until they moved to the United States in the ‘70s. Here she signed with esteemed Fania Records, releasing hits like “Quimbara” and “La vida es un carnaval” and earning the nickname ‘The Queen of Salsa.’ Throughout her prolific 56-year career, she recorded 37 albums, won five GRAMMY Awards and appeared in many movies and telenovelas. 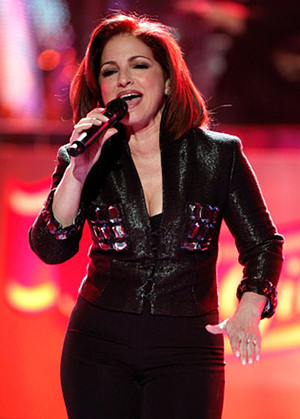 Cuban American superstar Gloria Estefan is famous for her international chart-topping Latin pop hits, and has been named one of the ‘100 Greatest Artists of All Time’ by VH1 and Billboard. As a toddler, she was forced to flee Havana during the Cuban Revolution and eventually came to call Miami home. Although she has not returned to Cuba, its culture continues to define her music. After joining Miami Sound Machine as the lead singer when she was 19, she gained global fame from “Conga” (1985), and many of her songs—such as “Get On Your Feet” (1989), “Here We Are” (1989), “Bad Boy” (1985) and “Party Time” (1996)—became international sensations. To date, she has received three GRAMMY Awards, a star on the Hollywood Walk of Fame and the Las Vegas Walk of Fame, a Presidential Medal of Freedom, a Kennedy Center Honor, an MTV Video Music Award, an American Music Award for Lifetime Achievement and multiple Billboard Awards. Estefan has also been inducted into the Songwriters Hall of Fame.

Selena Quintanilla Perez, known as ‘Selena,’ was a Mexican American singer born and raised in Southern Texas. Referred to as the ‘Queen of Tejano Music,’ she is remembered for bringing Tejano music and culture to the mainstream. Tejano music, also known as Tex-Mex music or música tejana, refers to the music coming from the Mexican American populations in Central and Southern Texas that resulted as a fusion of popular Mexican and American music. As a female artist in a male-dominated genre, she was often criticized and refused bookings early in her career. Yet she pressed on and eventually became the first female Tejano artist to win a GRAMMY Award for ‘Best Mexican/American Album’ in 1994. Between 1987 and 1996, she was also awarded the Tejano Music Award for ‘Female Vocalist of the Year’ nine consecutive times in a row. Her album Amor Prohido (1994) became one of the best-selling Latin albums in the U.S. NPR described the album as one of the 150 greatest albums made by women and Billboard claimed the title track to be one of the most essential Latin tracks of the past 50 years. Her posthumous album, Dreaming of You (1995) was the best Tejano recording of the ‘90s and remained the best-selling Latin album as of 2017. 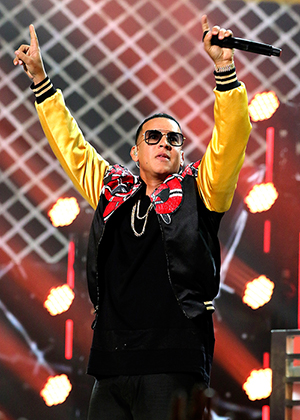 Daddy Yankee—born Ramón Luis Ayala Rodríguez—is a Puerto Rican singer, songwriter and producer known for coining the term “reggaeton” in 1994 to describe the danceable urban style of music emerging from Puerto Rico in the ‘90s. Early on, reggaeton was criticized for its association with underground youth culture—even leading to police campaigns against the genre. However, the broad appeal of Daddy Yankee’s music helped reggaeton to become one of the most popular music genres today. His international hit “Gasolina,” from 2004 which Billboard credits for making the genre a global phenomenon, earned him the moniker ‘The King of Reggaeton.’ His album, Barrio Fino (2004) became the top-selling Latin music album of the decade between 2000-2009 and his global success only continued to grow with the release of “Despacito” in 2017. “Despacito” became the first Spanish-language song to hit No. 1 on the Billboard ‘Top 100’ since “Macarena” (1996) and the song’s music video is the most watched video in Youtube’s history (with 6.41 billion views!). Its success also made Daddy Yankee the most streamed artist on Spotify in 2017—the first Latinx artist to do so. On top of these achievements, since 2004, he has won 82 awards from 270 nominations, including five Latin GRAMMY Awards, two Billboard Music Awards, 14 Billboard Latin Music Awards, two Latin American Music Awards, six ASCAP (American Society of Composers, Authors, and Publishers) Awards and an MTV Video Music Award.

These five pioneering musicians are just a few of the many talented and determined artists who’ve helped to bring Latinx music and culture to mainstream America, influencing the music we all enjoy today. Listen to our favorite picks in our National Hispanic Heritage Month playlist below!