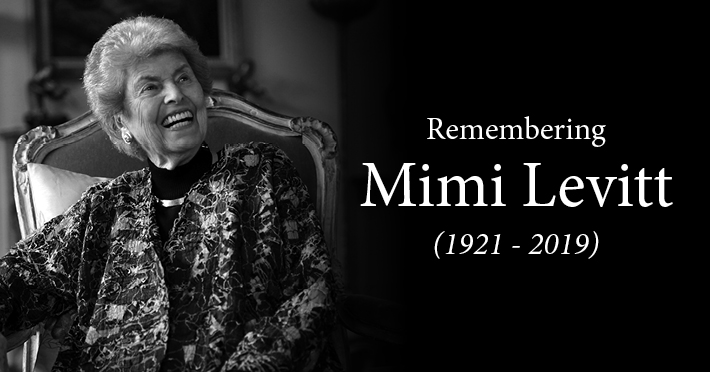 Annemarie “Mimi” Gratzinger Levitt, an iconic patron of the arts and historic preservation, died of natural causes on January 6, 2019 at her home in New York. She was 97. Known for her intelligence, grace and hands-on approach to philanthropy and activism, Mimi believed in the arts as a source for positive social change and left a lasting legacy of generosity and service to the causes she supported.

Born in Vienna, Austria, Mimi’s childhood was filled with opera and other musical experiences. She emigrated to the United States with her mother at the outbreak of World War II, and soon after attended Pomona College in California, where she graduated Phi Beta Kappa with a degree in French Literature. A linguist fluent in five languages, she was one of the translators at the Nuremberg trials in the late 1940s. In 1947, Mimi accepted a position as senior assistant to Alfred Barr, Jr., the first director of the Museum of Modern Art in New York. 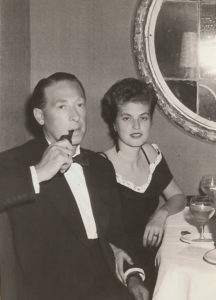 She met rags-to-riches clothier and The Custom Shop founder Mortimer Levitt (1907-2005) at a Manhattan art gallery opening, where they had a spirited debate over a painting (Mimi favored abstraction; Mortimer preferred realism). Following a brief courtship, they married on June 18, 1948, and together became philanthropists supporting youth music programs, performing arts organizations and educational institutions. Mimi and Mortimer were known for promoting aspiring young musicians by hosting salons at their Manhattan brownstone. An imaginative and meticulous hostess, Mimi was also known to throw memorable charity events and family celebrations, and she often opened the Levitt family home to artists and musicians. 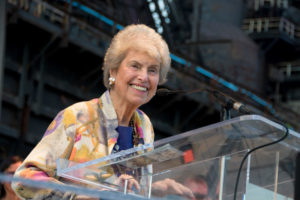 In 1963, Mimi and her husband established the Mortimer Levitt Foundation (later renamed the Mortimer & Mimi Levitt Foundation in 2012 in honor of her contributions). As a creative placemaking funder, the Foundation’s main focus is to empower communities nationwide to transform underused public spaces into welcoming destinations through the power of free, live music, supporting free outdoor concerts in 26 towns and cities in 2018. The first Levitt Pavilion for the Performing Arts opened in Westport, Connecticut, in 1974, the result of a community-driven effort to create an outdoor music venue as a community gathering place in the heart of town. As summer residents of Westport, the Levitts gave seminal support to the project and became the campaign’s largest private contributors, prompting the town to name its new pavilion after them. Mimi served on the Levitt Pavilion board for decades, helping the nonprofit flourish and become a community treasure. Following her husband’s passing in 2005, Mimi became president of the Levitt Foundation and supported the growth of the Levitt program nationwide. In 2006, Mimi was honored by Levitt Pavilion Westport with the Annual SuperStar Award. In 2011, she was honored at the Westport Arts Awards as a “Champion of the Arts.”

An active and loyal benefactor of the Bard Music Festival, Mimi served on the board of directors for 15 years (1998-2013), and for many years underwrote the Festival’s annual opening night dinner. An avid lover of opera, she supported opera workshops in the Conservatory’s Vocal Arts Program directed by Dawn Upshaw and helped commission one act operas. She also funded scholarships for Conservatory students and started the first endowment for the Bard Music Festival in 2005. In 2006, Mimi received the Charles Flint Kellogg Award in Arts and Letters in recognition for her longstanding support of the Festival. 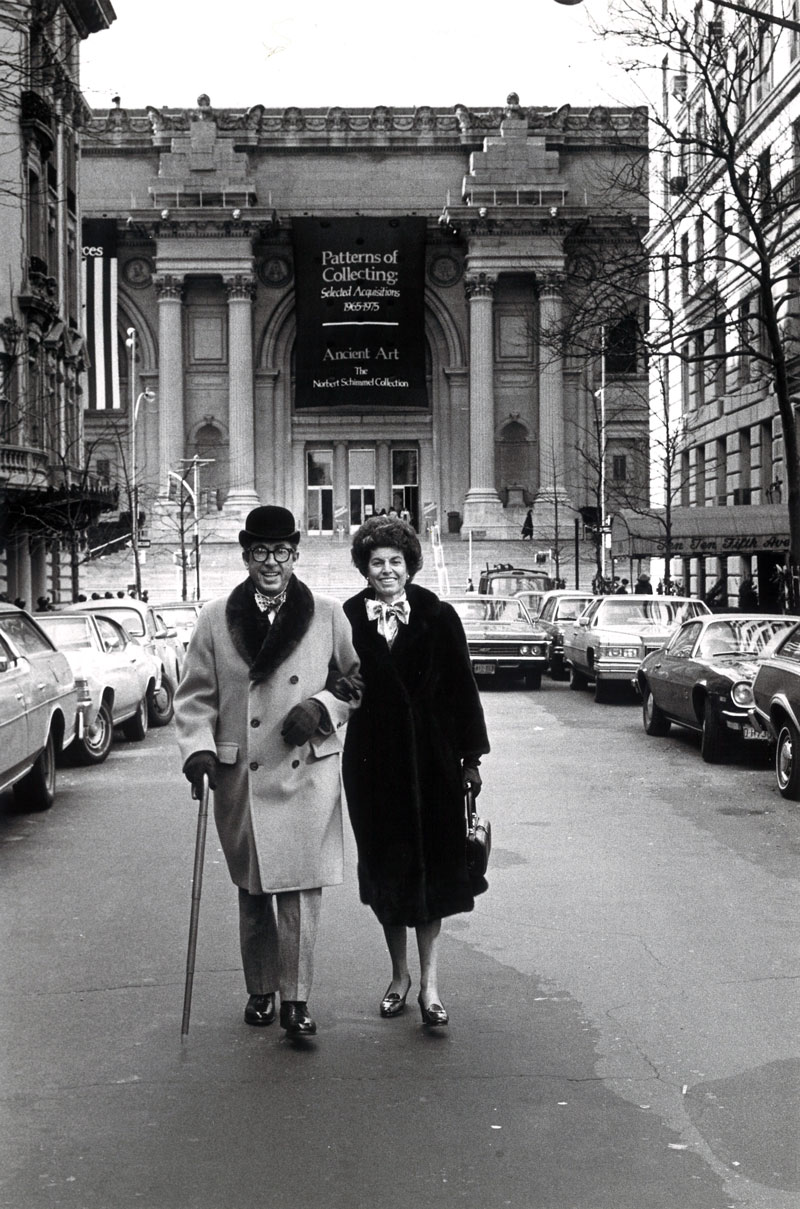 Mimi was also passionately committed to historic preservation; in the 1970s she spearheaded the Neighborhood Association to Preserve Fifth Avenue Houses that successfully championed the creation of the Metropolitan Museum Historic District in New York City, designated in 1977. Her involvement grew from concern about protecting the distinctive character of her Upper East Side neighborhood, which in the 1970s was undergoing significant change. Mimi also served on the board of the Friends of the Upper East Side Historic District. She was one of the earliest supporters of the New York Landmarks Conservancy, and served on its board from 1978-2014. In addition to being a generous patron to the Conservancy’s endowment and annual Living Landmarks gala, Mimi was an effective fundraiser connecting people to the cause. As a Conservancy board member she wrote a poem dedicated to famed architect and then board chair John Belle, which was read at his memorial service. Mimi was honored by the Conservancy in 2011 for her 30 years of service.

In 1995, Mimi and her husband donated 564 acres of wildlife habitat near Half Moon Bay to the Peninsula Open Space Trust in Marin County, California – the second-largest gift in the county’s history – providing an invaluable boost to ecological conservation efforts dedicated to preserving the beauty and character of the region’s natural resources. 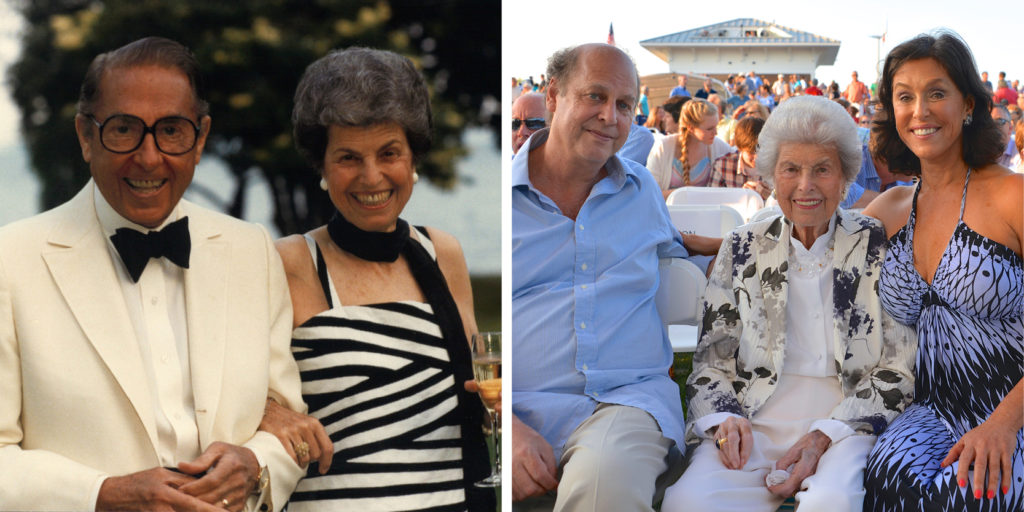 Together with Mortimer, Mimi also supported the Metropolitan Opera, Lincoln Center for the Performing Arts, Mercy College, Museum of Television and Radio, New York City Opera, The Metropolitan Museum of Art, Central Park Conservancy, The Joyce Theater, New Victory Theater, Lincoln Center’s Film Society, Hunter College, Music Center of Los Angeles, School of American Ballet, American Red Cross, and Young Concert Artists. She was a member of the Mayor’s Commission on Drug Addiction under Mayor Koch, a former trustee of the Town School in Manhattan and the Branch Libraries of the New York Public Library. She also was a children’s literacy volunteer in Harlem.

A beloved mother, aunt, step-grandmother and step-great-grandmother, Mimi cherished her family and the time they spent together. She is survived by her daughter, Elizabeth “Liz” Levitt Hirsch of Los Angeles who now serves as board president of the Mortimer & Mimi Levitt Foundation, and her son, Peter Levitt of New York who also serves on the Levitt Foundation board.

There will be a private funeral followed by a public memorial service that will take place at a later date. For details regarding the public memorial, please email memorial@levitt.org. In lieu of flowers, donations in honor of Mimi may be made to the Mortimer & Mimi Levitt Foundation.

27 thoughts on “Celebrating the lasting legacy of Mimi Levitt”