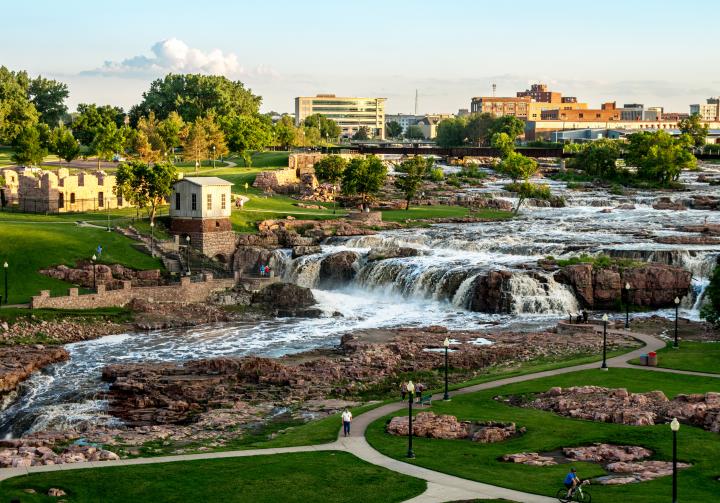 Last week we announced that Sioux Falls, S.D. will become home to a permanent Levitt venue in 2019!

In celebration of this exciting news, enjoy these ten fun facts about this booming city in America’s heartland!

1)    The cascading falls of the Big Sioux River—the city’s namesake waterfalls—were formed 14,000 years ago, during the last ice age.

2)    Sioux Falls is the largest city in South Dakota.

4)    Actress and model January Jones—who you might recognize from her award-winning role as Betty Draper on AMC’s Mad Men—grew up in Sioux Falls, where she spent her early career working as a lifeguard and at a local Dairy Queen.

5)    Over 60 languages are spoken in the Sioux Falls School District, with over 140 languages spoken throughout the city—including Croatian, Lakota, Zulu and Scottish Gaelic.

6)    The city is home to over 70 parks and greenways, including the 123-acre Falls Park adjacent to downtown (future site of Levitt Shell Sioux Falls).

To learn more about Levitt Shell Sioux Falls, be sure to check out their website: www.levitsiouxfalls.org.