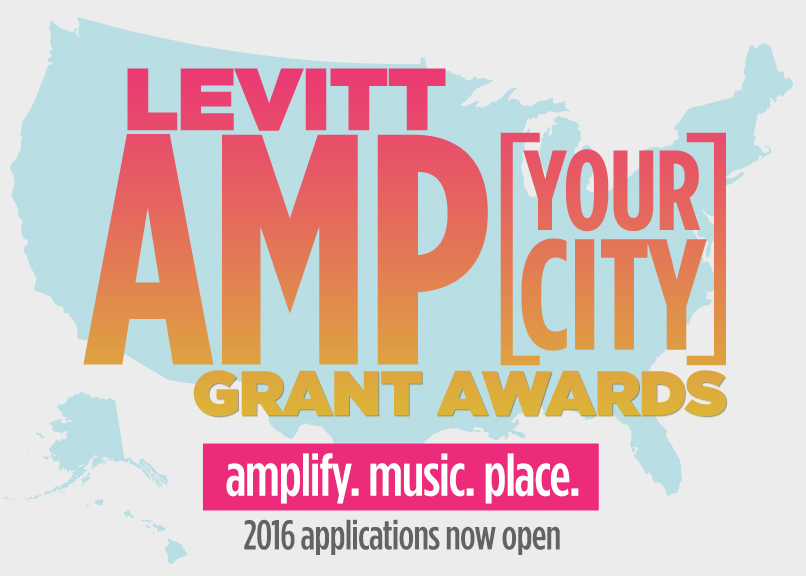 New communities are invited, as well as current Levitt AMP grantees, to bring the joy of free, live music to their hometowns through the 2016 Levitt AMP [Your City] Grant Awards!

“We’re thrilled to once again bring the joy of Levitt to more towns and cities across America,” says Sharon Yazowski, executive director of the national nonprofit, Levitt Pavilions. “Levitt concerts create a shared sense of community and connectedness that is incredibly important in today’s world. The 2015 Levitt AMP winners are making a meaningful impact across America, bringing people together of all ages and backgrounds and reinvigorating neglected public spaces.” 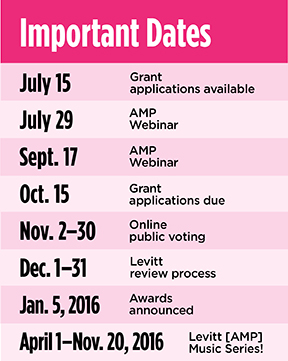 Click here to learn more about how to win a $25K matching grant.

Help spread the word about Levitt AMP and put your city on the Levitt map!