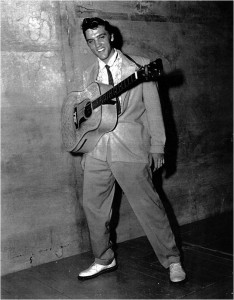 On this day in 1935, Elvis Aaron Presley was born in Tupelo, Mississippi. One of the greatest musical icons of all time, he starred in 31 feature films, shattered numerous Billboard chart records and broke teenage hearts everywhere before his death in 1977.

You might not know that the Levitt is also a part of Elvis’ rich musical history: his first paid performance on a major stage was at the site now called Levitt Shell (formerly known as the Overton Park Shell). On July 30, 1954, he opened for Slim Whitman and Billy Walker, and in 2013, his only child Lisa Marie Presley also performed at Levitt Shell, free of charge.

In honor of what would have been Elvis’ 80th birthday, here are 10 more surprising facts you might not know about the King!